AWARDS CAN BE ALTERED IF INJURED PARTY EXAGGERATES CLAIMS 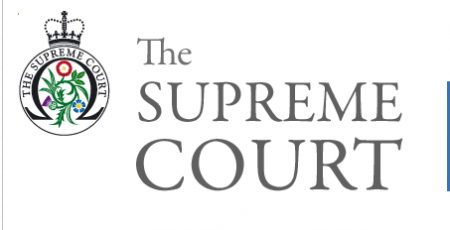 (Nov. 8, 2016) — Millions of people suffer from personal injuries that are sustained on the job, at home, while on the road, and even while out and about in public. These personal injury claims are represented by talented lawyers like Blue Springs, Missouri truck accident lawyer Horn Law, and they are heard by experienced and objective judges. However, sometimes claims are exaggerated fraudulently, so the UK Supreme Court has taken action on this matter recently. Keep reading to learn more about its new ruling regarding personal injury cases.

In 2016, the Supreme Court ruled that a personal injury claim that has been found to have been fraudulently exaggerated could actually be reopened, provided that there is new evidence that proves the fraud. Even if that evidence came to light after the parties reached a settlement, this new ruling states that the case could be reopened. This was determined in a ruling for the Zurich Insurance Company v Hayward case.

The unanimous ruling was described as an important step in counter-fraud initiatives that aim to give people the compensation that they deserve from a personal injury case. In this particular case, the Supreme Court decided to let Zurich recover damages that were paid to the injured party, Colin Hayward, because it was proven that he had actually lied and exaggerated in his personal injury claim.

The False Claims That Were Made

Hayward had brought forth personal injury claims totaling more than £400,000 after he hurt his back while he was at work. However, only he seemed to know at the time that his back was not injured as badly as he had claimed it had been.

Zurich suspected that something was amiss and that Hayward was indeed exaggerating, but there was no evidence to prove that exaggerated personal injury claims were being made to the judge and jury. Hayward even managed to convince the medical experts involved in the case that his injuries were as severe as he was claiming they were. In the end, he was paid £135,000 by Zurich.

However, after the settlement was reached, Hayward’s own neighbors came forth to showcase the obvious evidence that he was exaggerating his injuries the entire time. They were able to prove that his injuries were not nearly as severe as he had made them out to be. As a result, the case was reopened and it was concluded that Hayward should only receive £14,720 for his injuries.

Ultimately, this ruling means that other personal injury cases can be reopened if there is a suspicion that the injuries were exaggerated. Provided that enough proof can be gathered, the case’s original ruling and settlement could be overturned and the defendant could pay far less than they originally did to settle the case.

Because personal injury cases are so common, this ruling will affect a lot of people, and it will also make those who are filing claims think twice about lying about the extent of their injuries.