THE LIFE INSURANCE POLICY THAT KEPT OBAMA IN CHECK? 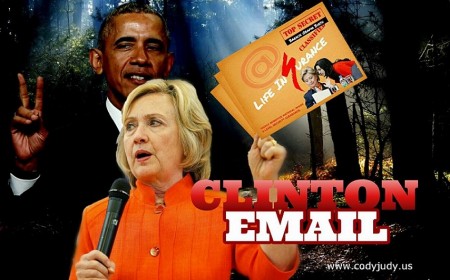 (Nov. 2, 2016) — They say America is wrapped up in Identitarian Politics, voting for the first black man, voting for the first female, but what if it could be proven that Identitarian Politics begin to supersede the U.S. Constitution’s own qualifications for the Office of President – Hillary Clinton’s communications could prove that is exactly what was going on as the FBI has discovered 650,000 emails, a national treasure of the former Secretary of State’s thought-to-be-destroyed communications with her Chief of Staff Huma Abedin’s computer shared with her husband? This is the place under a file called “Life Insurance” we see the necessity of what was presumed never to be discovered by FOIA request has manifested itself in a criminal investigation.

The abuse of Identity Politics excluding the U.S. Constitution’s inclusion.  “Identity politics, also called identitarian politics,[1] refers to political positions based on the interests and perspectives of social groups with which people identify. Identity politics includes the ways in which people’s politics may be shaped by aspects of their identity through loosely correlated social organizations. Examples include social organizations based on race, class, gender identity, ethnicity, nationality, sexual orientation, disability, religion, culture, language and dialect. Not all members of any given group are necessarily involved in identity politics.”

As ugly as ‘racism’ is you have to know the bottom line is there’s a profit to be made by those pushing it, maybe even a seat in the United States Oval Office. The problem with ‘using’ it as Hillary Clinton has continued her push against Donald Trump starting his political career by leading the Birther Movement challenging Barack Obama’s qualifications or as she refers to it Trump’s “trying to de-legitimize the first black President,” is Hillary Clinton knows better than most people the qualification for President ‘natural born Citizen’ stands for something more than “Citizen” which is the qualification for a Senator or Representative, in the Constitution, and Citizen was the qualification in the Constitution for those born at the time of the Adoption of the Constitution.

Hillary Clinton in all fairness has said she regretted using a private server for her work relating to the responsibility to the People of the United States of America as Secretary of State. She’s stated it was done so for convenience and not to avoid responsibilities of the Office to the People and to prove that point she released all ‘work-related emails’, but her regret has never been to the point of which she was served, or better yet used the private server to her advantage. These advantages she has not yet ever related she regretted.

Hillary Clinton’s Emails Speaking But Not Out of the Woods added on Wednesday, November 2, 2016