“THE FAILURE OF GOVERNMENT” 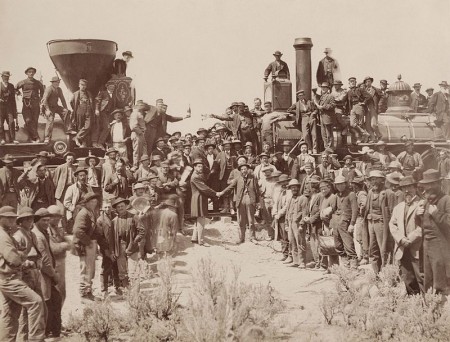 He waited all night with his companion. The herd would be approaching from the west at sunrise. It was a gamble staying out in the open, unprotected, but his companion had extreme hearing and, even better, olfactory sensors that were a constant amazement to the warrior. No bear or lion could surprise them, not with the companion’s superior abilities.

They were a hunting unit, this team, and many in the tribe depended upon them to bring fresh meat back to the camp. Not only was the companion a necessary half of this hunting unit; it was a relied-upon sentry back at base. The companion was worth more than any two men; that’s just how valuable the companion was to the safety of the tribe. The time of the approaching ambush on the herd of deer occurred 30,000 years ago, and the American Indian and his dog have been together ever since.

And then, around the time the transcontinental railroad connected at Promontory Summit, Utah, in 1869, the government, in its infinite wisdom, posted a sign on the door of the Sioux Indian reservation’s general store: “NO DOGS ALLOWED.” A quarter-mile away, the same sign could be seen on the one-room schoolhouse. In town – off the reservation — stores posted signs that read, “NO DOGS AND INDIANS ALLOWED.”

If money were no object, then anything any government did would be the best that there could possibly be, yet that is clearly not the case. What is the case is substandard mediocrity to a level so far out of whack with reality that it leaves one, well, shaking the head and throwing the hands up in frustration.

Another point of contention is that of job security. Since government employees have no expectations of working as responsibly as a civilian employee operating within the same parameters, all bets are off: there is no expectation of superiority, although in some sectors of the government, such as the FAA, there may be exceptions.

The preceding paragraph — as an explanation of the failure of government — is woefully short of facts and additional examples, yet enough information has been shared to make a case for government employees adhering to a system where excellence is not a factor in their employment.

On the other hand, in the world of commerce — in the world where money changes hands at the speed of light — the ability to perform – and perform well – is the difference between having a job and keeping it or, as government employees view employment: “Show up for work to collect the welfare check.” 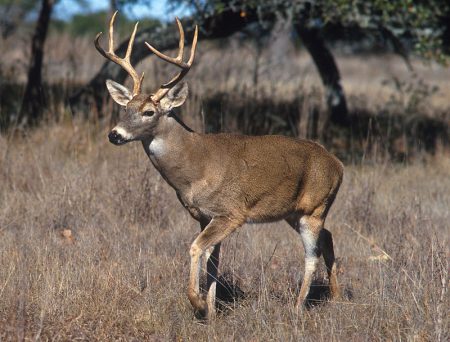 The sun was barely over the horizon when the first deer entered the clearing: it was a big buck, scouting for the scent of wolves. He stayed at the edge, motionless, slowly moving his head and then ever so slowly took a step, only to repeat the process again and again until he gave a snort when the rest of the herd followed.

The warrior carefully picked his prey: he would have only one shot. He pulled back on the bow and let the arrow fly. A split second after the arrow flew true, the dog took off. Just after the arrow struck the neck of the deer, the dog attacked, bringing the deer down, because it was a one-in-a-million shot to bring a deer down with just one arrow. The dog needed to slow the deer so the warrior could finish the job with his knife. A wounded deer could run for hours and travel far before it finally collapsed from exhaustion, which made transporting it back to the cooking fires that much longer and, therefore, perilous.

He had to work swiftly, for the scent of fresh blood carries fast and far. He cut one of the legs off the deer and tied a vine to it and wrapped the other end of the vine around a stick, which he placed in the dog’s mouth. He pointed the dog in the opposite direction he was to travel back to the camp and, with the command of, “Go, boy!” the dog took off, dragging the deer’s leg behind him, leaving a trail of blood and pieces of flesh. After a little over two miles the dog would let go of the stick and make it back to the warrior by a circuitous rout. The Indian would carry the dead dear upon his shoulders back to camp.

So the dumb and ignorant white man had no idea how stupid they let themselves become when they put up those “NO DOG” signs. And now today, 30,000 years after the American Indian made a pact with the dog, the white man is acting as stupid and ignorant as he did over a hundred years ago. We all know that Muslims kill dogs, that they have no respect for our way of life, none whatsoever.

These Muslims will not change. The will never see that the Great Spirit will have nothing to do with those who hate and act stupid, for not to embrace the phenomenal abilities of the dog is fighting with but one hand, and you cannot shoot an arrow with one hand. The American Indian cannot have peace with a people who do not respect the dog and who kill dogs. Dogs have been a part of us, and we will continue to welcome the dog into our lodge, for where the dogs sleep so to does the Indian.

Hillary Clinton deals with Muslims. The American Indian will not deal with Muslims or with Hillary. I, Chief New Leaf, now speaking to all Indian tribes and to all of my brothers and sisters, as the Great Spirit guides me, will do my part in protecting my companions to the best of my ability, and that starts with voting for Trump. I suggest you listen to the Great Spirit as I have done and do your part to protect our companions who need our protection now more than ever.

To Protect My Companion added on Friday, October 28, 2016