“YOU HAVE TO MAKE AN EFFORT TO FIND IT” 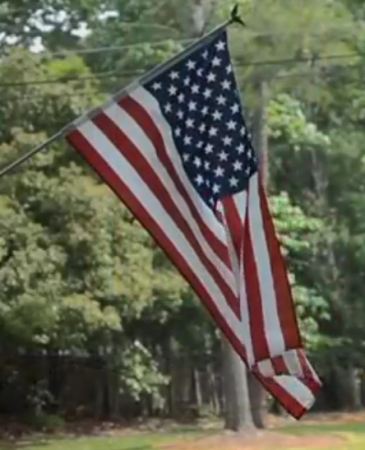 (Oct. 24, 2016) — “Good evening, ladies and gentlemen, and welcome to ‘Pulse of the Nation,’ the show that tries to find out what’s on our neighbors’ minds. As you can see, we’re back under the awning across from the railroad station asking passing people about their concerns.

“Excuse me, Miss, care to answer a question for our viewers?”

“Be glad to, Roving. How was your vacation?”

“Great. I saw the person I went to see but I lost my nerve and ducked. Actually, I saw her a couple of times.”

“Did she even know you were around?”

“Maybe. I left a message in the paper that only she could decipher.”

“Oh, one of those secret codes. You’re hopeless, you know that? Men are such cowards. You guys have such a shallow ego it’s unbelievable. It’s a wonder why we even bother.”

“Look, you had your fun. We’ll just edit this portion out.”

“You’re pathetic, you know that? You were a real warrior once in your life, when you were younger, but somewhere along the line you became a real wimp.”

“Okay, okay. Enough. Here’s the question: is there any honesty left?”

“Honesty? You have the nerve to ask me about honesty when you’re afraid of your own shadow? I’ll tell you: the people have been lied to so much and so often that they wouldn’t know what the truth was if it sneaked up and bit them. Why, just look at our government, from the antics of the previous AG, Eric Holder, to Lois Lerner, just one of many IRS employees who lied, cheated and stole from the American people.”

“How would you suggest conveying the truth to the voters?”

“You can’t: it’s too late. Take Hillary’s stance on everything, for instance. Anti-American, to be sure, to have open borders. Why, there’s not a country in the world that could survive open borders, which was the whole reason behind the European Union. Muslim invasion, and that’s the truth, and we’re seeing it right here in America.”

“So what’s the solution?”

“Have everyone take a lantern and go off as Diogenes did, making a fool of himself, because you sure won’t find truth in the daylight nor at night, for the truth has been eclipsed by whatever those in control want it to be, irrespective of the circumstances. You want an example? Here’s one: in World War II the British were to drop a bunch of paratroopers a couple of miles from a bridge in the Netherlands. This was an audacious undertaking that required months of preparation. The day before the drop they conducted an aerial reconnaissance over the clearing just to make sure everything was okay. Guess what? It was not okay: the Germans sneaked in a tank battalion and were hiding under the trees, well-camouflaged. Was the drop called off? No, it wasn’t. The thinking was that too much training and logistics were involved to call it off. The result? It was a turkey shoot. Our troops didn’t stand a chance. They were shot even before they hit the ground, yet no one was reprimanded. It was reminiscent of Joseph Heller’s Catch-22 where medals were handed out for a successful bombing run — the ‘bomb pattern was outstanding!’ — even though it was the water in the harbor that was bombed and not the German troops in the town.

“No, as long as they control the information they control all. Independent thought is dangerous, and has been for centuries. We — you and I — are an anomaly: freedom of thought is the enemy of the State. Books will be banned, as in the story Fahrenheit 451. Meanwhile, not only is the government supporting Hillary, they are spending money on supporting her. Think about it: both Hillary and Trump are just regular citizens, yet one is receiving the full backing of the government and of the mainstream media. Life is quid pro quo, but it’s even more so when you can use other people’s money. In Hillary’s case, the taxpayers are funding a major portion of her campaign. It’s not the stated American way, but it is the reality of what those in power want America to be.

“Even if Trump is elected, the giant bureaucracy will be grinding its slow and inexorable march towards Oligarchy, and we’re closer now today than we were yesterday. Think of a plasma accelerating device on a spaceship and you’ll get the picture of the unstoppable power of the giant departments of the government, such as the Department of Homeland Security (otherwise known as the ‘Muslim Relocating Services’), the IRS and the Department of Defense, just to name a few. Each is a fiefdom unto itself: self-regulating and self-correcting, just as Lois Lerner was operating within the confines of the IRS.

“So the infection of payoffs, bribes and kickback is widespread: it’s the way the government operates in the month of October during the year of our Lord 2016. The so-called ’STIMULUS‘ money was monies used to prop up Obama’s bid to keep in power; it was quick and easy money borrowed from China used for payoffs, not jobs. Governments don’t create jobs: governments create the playing field for job creation. Federal employees don’t create nor build, so they are not to be considered as ‘employed,’ at least by honest economists.

“There are no longer ’truths,’ only whatever they can push past the majority at the time. Now it’s ‘tone’ and ’the Russians.’ It’s all bull; it’s all flame but no heat. It’s all open borders and immigrating Muslims. It’s all better benefits for Muslims and illegal immigrants while our veterans are swept under the rug, put on a waiting list and left to die. And then who’s left? The families are in total shock. They can’t believe the heroes of their lives are treated as nothing better than dead dogs by the very government that they were willing to lay down their lives for.

“There’s no doubt with Trump we still have a chance. And that’s all any of us know. And I know that with Hillary we will have lost America for good, and that’s all we all know. I know that Muslims are the death of us, yet our government and schools seems to bend over backwards to accommodate those who wish to destroy our way of life and kill us. Go figure.

“So is there ‘truth’? Yes, there’s still some truth to be found, but you have to make an effort to find it, to see it, to feel it and to live it. Truth is for standing and saluting the American flag; truth is for giving charity to those in want and for giving hope to those in need.

“Truth is for the thinkers of our times; truth is for the dreamers of tomorrow; truth is for the practitioners of the Golden Rule. Two thousand years ago there came a man among us who preached tolerance, but he didn’t preach being taken advantage of; he didn’t teach to accept stupidity and mediocrity, and he didn’t say to spread and speak lies. The choice on November 8th is obvious: if you can’t handle the truth then lie with serpents, but if you can see light and a future for our species; if you can imagine the defeat of Islam and the reemergence of the USA as the beacon for freedom of the world, than there’s a champion for you. And there’s my train. Bye.”

“Goodbye, and that’s all the time we have today. Thank you for watching and so, on behalf of the crew, I’ll be wishing you all a goodnight: Goodnight.

“Wow, that one was sure a talker. Good points, though. Let’s grab a burger: my treat.”

“We are the Champions”