“IN TRUTH THERE IS PEACE, AND I HAVE NONE” 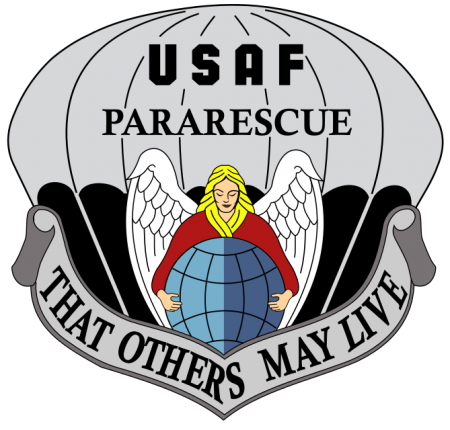 (Oct. 3, 2016) — Over the last six months, The Post & Email has reported on the story of the late Thomas J. Boyle, Jr., a decorated U.S. Marine, retired officer of the Chicago Police Department, and in his retirement, a civilian contractor highly recognized for his contribution to U.S. military efforts in Kosovo, Iraq and Afghanistan.

His widow, Pauline, has never been told officially how he died on June 19, 2012 at the Forward Operating Base (FOB) in Kandahar, Afghanistan.

For the last four years, Mrs. Boyle has submitted scores of FOIA requests to the U.S. Army, and more recently, to all branches of the U.S. military for documentation, video footage, and any other references to her husband, who was killed, along with an Afghani interpreter, by unidentified gunfire in the midst of an insurgent attack.

As a result of a number of soldiers who were serving at the same location that day coming forward to tell her privately that her husband was not killed by the insurgent attack, but by two National Guard soldiers, Mrs. Boyle has called his death “fratricide” and demanded that the Army reveal all of the details and circumstances which reportedly led to the mishandling  and inadvertent firing of their semi-automatic weapons.

The insurgent attack wounded between 10 and 12 soldiers, and, according to some of those evacuated in the aftermath, the U.S. Air Force authorized the release of footage filmed by National Geographic depicting their rescue for an upcoming series called “Combat Rescue.”  The second half of #3 of the series, “Into the Fire,” is the video recording of the PJs’ response to the attack at Provincial Reserve.  [Editor’s Note: Members of the United States Air Force Pararescue are called “PJs.”]

Coverage of the specific rescue operation begins at approximately 21:00 here.  The footage was reportedly aired on television in March of 2013, with Mrs. Boyle having told The Post & Email that one wounded soldier involved “even held a viewing party at his home when this was on tv the first time.”

Mrs. Boyle has learned that her husband’s name has been purged from all military records and “the civilian” inserted in its place; consequently, her myriad FOIA requests have encompassed that change yet failed to yield the facts she seeks.

Earlier this month, Mrs. Boyle was advised to file a FOIA request with the Air Force, which had never been suggested previously. However, as with virtually all of her other FOIA cases, the Air Force responded that it holds no records about her husband, including as “the civilian.”

After receiving that response, Mrs. Boyle responded to the Secretary of the Air Force by sending the following letter and attachments.

This letter is an appeal to your ‘no records’ response to my foia request as directed by the letter dated September 21, 2016.  I have attached a copy of this letter for your convenience.

The first paragraph of your letter references my September 9, 2016 Freedom of Information request and goes on to describe this request in detail that differs from my submission.  At this point I would like to focus on two foia requests I have submitted, one on September 9, 2016 and another on September 6, 2016 for your review.  I have attached copies for your convenience.

My September 6th foia request relates to all Air Force records related to the attack at FOB Provincial Reserve on or about June 19, 2012.  This request also asks for all records related to Thomas Boyle, (my husband who died on that day) or any civilian killed as well as ballistic reports, findings, photos, vulnerability assessments, recordings – both audio and video, notes, emails, or any other document.

As you can clearly see, your response seems to indicate that you are responding somewhat to both foia requests – yet not in exact detail.   To be clear, by ‘detail’ I am referring to my September 9th request which relates to documents held by the Army and/or Air Force regarding the attack at FOB Provincial Reserve on June 19, 2012.  In my September 6th foia request I now make mention of my husband’s name who was killed at FOB Provincial Reserve on that day.  As stated I believe my husband’s name was removed and reference may be only to ‘civilian’ killed.

As previously indicated, the response to my foia requests resulted in an ‘no records’ response.

Aside from the above mentioned confusion regarding the two distinct foia requests, I respectfully mention the following as a basis for my appeal:

–          Although the Air Force states no records are found regarding this incident why is there video of the PJ’s response to the attack at PR which was aired on public television?

Please review The National Geographic Series Combat Rescue #3, Into the Fire.  The second half of the recording is the Air Force PJ’s response to the attack.  You may find a recording of this on Youtube at;

or a simple search of Youtube using National Geographic Combat Rescue, Into the Fire – this will result in the same link.  Should you still have difficulty in finding the link please feel free to contact me as I have a dvd recording that I would be happy to forward.

The above link will take you directly to this episode.  After viewing this recording I ask that the appropriate records and documentation be forwarded to me with regards to both foia requests and my numerous other requests throughout the years as clearly there indeed was Air Force involvement.

At this time, I am going to include some background about my husband Madam Secretary, so that you fully understand the complexity of this situation and also to give to you some sense of what type of American my husband really was.

Tom was a decorated US Marine who volunteered his service upon graduation from high school.  He volunteered for two tours of duty in Vietnam receiving the Cross of Gallantry among other medals and accolades.  Upon his return stateside he immediately was hired by the Chicago Police Department becoming a fourth generation member of CPD.  This began a 30 year career in law enforcement which resulted in numerous commendations including the capture and conviction of Tyrone and Larry Strickland who were later convicted of murdering Wheeling Police Officer Kenneth Dawson.

(As a side note to this story – on the day of Tom’s funeral there was one person who was waiting as we arrived to the funeral home – the widow of Kenneth Dawson.  She wanted to thank us for what Tom had done).  After their conviction and during every parole hearing, and Tom attended all of them, he would sit silently in the back of the courtroom with his rosary in his pocket silently praying for continued justice.  To this day Officer Dawson and his family had found their peace and justice.

Retirement from the police department brought unrest to Tom and more importantly the attack on 9/11 led him to sign up for various peacekeeping missions as a way to continue his service to our country.  Tom served in Kosovo, Iraq and Afghanistan.  In Iraq, Tom was embedded with the US Army once again.  His devotion to our country and our military resulted in the award of the Order of the Spur as well as the Commander Award for Civilian Service while assigned to the 2nd Squadron, 3rd Armored Calvary Regiment, Stt-8 2009-2011.  I have attached a copy for your review.  As you will read Tom was instrumental in the capture and conviction of eight IED makers – saving unknown numbers of American lives during OIF.  This was accomplished while Tom was 60 plus years in age.  Tom was always willing to protect and defend his brothers and these two awards are but one example of his selfless service and dedication to our country.

The website search – tjboylefoundation.org is our not-for-profit that we have organized to honor the life and legacy of Tom.  His love for children and realization of their value and impact upon our future began in Vietnam and ended in Afghanistan.

Here are additional links to recent articles about my husband.

I provide this information to you Madam Secretary with the hopes that you will act with honor and dignity.  It is not my goal to embarrass the US Air Force.  This situation can be easily resolved without the slightest negative impact upon the reputation of the US Air Force should you choose.  If we become enemies because of this issue, please know that this was your decision and not mine.  And enemies we will become because I have no intention of giving up in obtaining the justice that Tom deserves.  Tom deserves better.  Our son deserves the truth.

With that in mind I hope you take the time to read about my husband, the type of man he was, his character and morals within the attachments and links supplied within this communication before you respond to this appeal.   After reading such it is my hope and prayer that you amend the ‘no records’ response and provide to us – Tom’s family, the truth about his death.

In truth there is peace Madam Secretary, and I have none.

I await your reply Also attached was a two-page hard copy of an obituary published at The Chicago Tribune on June 21, 2012 available here.