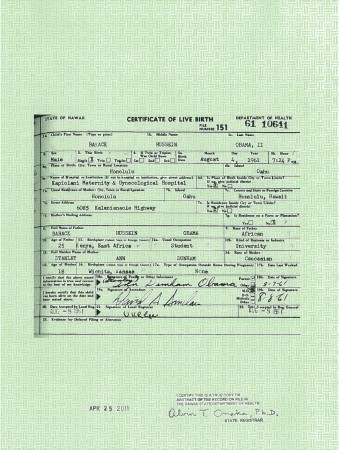 (Sep. 24, 2016) — On Friday, the FBI released a third installment of notes from its interviews with former U.S. State Department Secretary Hillary Rodham Clinton and her aides involved in establishing private computer networks for her use between 2009 and January 2013.

Part 1 and Part 2 of the FBI notes were released on September 2.

In Part 3, it was revealed that Barack Hussein Obama communicated with Clinton through her private server and email address using a fake identity after having said publicly when the scandal broke in March of last year that his knowledge of Clinton’s use of a private email server was acquired at “the same time everybody else learned it, through news reports.”

Clinton, who was readying to declare herself a Democrat presidential candidate, assured the public that all government-related emails she exchanged during her tenure as Secretary of State would be made available to the State Department and by extension, the general public.

In response to Clinton’s pledge, Obama said, “The policy of my administration is to encourage transparency, which is why my emails, the BlackBerry I carry around, all those records are available and archived.  I’m glad that Hillary’s instructed that those emails about official business need to be disclosed.”

On September 8, in response to the continuing revelations showing purposeful deletion of Clinton’s emails by Platte River Networks at the request of her aides, The Denver Post Editorial Board mused, “It’s reasonable to ask why the FBI didn’t look deeper.”

While the Obama regime has touted “transparency” as the hallmark of its governance, a short-form birth certificate, long-form Certificate of Life Birth, and a Selective Service registration form bearing his name have all been deemed fraudulent by credible sources, one of which is a five-year criminal investigation commissioned by Maricopa County, AZ Sheriff Joseph M. Arpaio.

The Certificate of Life Birth was posted amid much fanfare on April 27, 2011 in an apparent attempt to silence Trump’s questioning and “put the issue to rest.”

Over the past month, the Clinton campaign and mainstream media, perhaps in coordination, have attempted to ridicule Republican presidential nominee Donald Trump for in 2011 having questioned Obama’s failure to reveal proof of his claimed birthplace of Honolulu, HI.  The label “birther” has been used relentlessly against Trump by MSNBC, ABC News, Yahoo! News, Fox News, USA Today, CBS News, CNN, The New York Times, and Ohio Gov. John Kasich, former Trump primary opponent.

“Donald Trump Clung to ‘Birther’ Lie for Years, and Still Isn’t Apologetic,” crowed The Times on September 16 when in fact, rumors that Obama was born overseas credibly began with the 2008 Clinton campaign against Obama.

Prior to Obama’s run for the presidency, some U.S. publications had reported his birth as having taken place in Kenya or Indonesia and, without explanation, had altered their articles following the launch of Obama’s 2008 campaign in February 2007.  In 1991, Obama’s then-literary agent stated in its published biography of the new author that he was “born in Kenya and raised in Indonesia and Hawaii,” another statement quietly changed in April 2007 and later attributed to a “fact checking error.”

At a meeting last week of the Surprise, AZ Tea Party Patriots, 250 of whose members requested that Arpaio launch an investigation into the White House long-form birth certificate image, the mainstream media continues to ridicule the probe or ignore lead investigator Mike Zullo’s statement that “an unnamed official high up in Kapiolani Medical Center for Women and Children in Honolulu, the hospital listed on Obama’s birth certificate, has ‘assured me that birth never took place there, and I believe him.’”

However, in recent weeks, many in the press have altered their claim of Obama’s birth in Hawaii to his having been “born in the U.S.“

Was the FBI fooled into believing Obama to be truthful, or was it silenced early on?

How much of what Obama has ever said has proved truthful?

Does it All Go Back to the Fake Birth Certificate? added on Saturday, September 24, 2016

6 Responses to "Does it All Go Back to the Fake Birth Certificate?"