The Art of Expression (RR)

“THE SUN IS THE MOON” 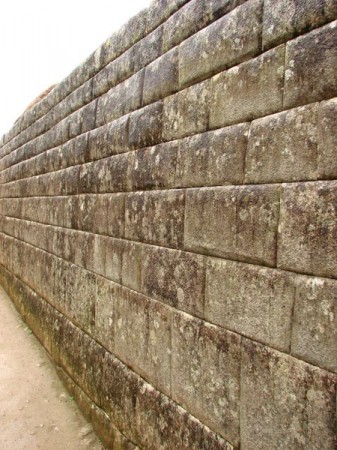 (Aug. 3, 2016) — “Good evening, ladies and gentlemen, and welcome to ‘Pulse of the Nation.’ As you can see, we’re back under the awning — across from the railroad station — about to waylay some people minding their own business. Here comes an elderly gentleman.

“Excuse me, sir, got a minute? Hello, I’m Chief New Leaf, an American Indian of the Cherokee tribe for ‘Pulse.’”

“I know who you are. Why, you’ve done more good for the American Indian than’s been done for the past 100 years.”

“Well, I wouldn’t know about that.”

“My wife knows, even says so. See, that’s the secret to a calm and healthy life: to not only listen, but to agree with whatever the wife says. You’re not going to win the argument anyway so you might as long go along with it.

“Shakespeare had it right hundreds of years ago when he wrote ‘The Taming of the Shrew.’ I don’t care one hoot about what the so-called ‘experts/critics’ say about the play being a ‘comedy’ and how the wife was ‘tamed’ (any Harvard Professors of Early English Literature watching tonight?). Look, use the brains that the Good Lord gave you, is what I say.

“Obviously Shakespeare was married, and that’s the joke. There’s no such animal as a ‘tamed’ wife*. You see, the English have many centuries of satire behind them; you have to have satire if you live on a crowded island. ‘The Taming of the Shrew’ was about a fantasy world that men wish could be real but we all know that it’s an impossibility; nothing more than a pipe dream. And that’s why it was so popular in its day and is still popular, at least in England. The women like it because it’s the opposite of reality and the men like it because it’s so farfetched as to be humorous.

“Married men get it. When I was younger I didn’t listen, or if I did listen it went in one ear and out the other. Wife mentioned a time or two about the drinking and drugs but I dismissed it as ‘I know what I’m doing’ idiot rambling. So you know what’s ironic about the story? After we divorced I quit the drinking and the drugs. So the moral of the story is that she was right and I was wrong.

“So William Shakespeare’s play was a parody; a twist; exactly 180 degrees backwards; a comedy, but the joke was on the husband, you see? Oh, there’s a deep-rooted moral of the play: respect for one another and to keep the wedding vows/contract/promises/Oath intact, but it goes one step beyond all that. And that was the understated – actually ‘unstated’ – meaning, understand?”

“Young men make fun of a guy who says, ‘No, I promised the wife I’d take her to the mall’ over watching the game and getting drunk. And then there’s the, ‘No, wife and I are going to church so we won’t be able to make the kick-off.’

“Glad to be your listening post and help out. So the sun is the moon?”

“I told her that when Trump starts to build the wall I’m going to volunteer my services FOR FREE. You see, I worked construction all of my life and am in pretty good shape, plus I know concrete and rebar. I was a subcontractor for columns and tie beams for 20-storey condos in Florida, plus I’ve worked from the ground up, literally, from a laborer to owning my own construction company. Houses to hangars, and big hangars, too: 747 size, so I think I could help build that wall.  It would give a retiree a chance to be useful.

“Hey, Mr. Trump, you watching? I’m asking you if I could help out, and I don’t want any paycheck or room and board. Dog and I will sleep in back of the pickup truck – I got a cap — and I’ll leave the wife at home. I’ll leave my number with the Chief here.

“Well, that’s why I wanted to get on the show, not necessarily for me, but to let Mr. Trump know that there’s millions of true Americans supporting him all the way. The way I see it is that America is becoming truly a fragmented country, and it shouldn’t be. A country has to have one language, you with me?

“We have crooks in Washington; why, look at Lois Lerner and all the other bureaucrats lying and milking the system for inflated paychecks that they don’t earn.

“I busted my gut and followed the rules and, guess what? Muslims who are imported into our country and illegal immigrants get treated better than a homeless Veteran. Let me tell you something: not all Veterans are druggies and alcoholics and crazy as a loon, but even if they were, they still should receive preferential treatment – go to the head of the line – for any required social services over ANYONE else; am I right or what?

“And here comes my train. That’s the wife waving at me from across the street; we’re going to the Science and Industry Museum this time: I like the ship models. Thanks for lending me your ear. And Mr. Trump, the whole country is counting on you. Make sure those votes are counted correctly. Bye!”

“Whew! That was a mouthful. And off he goes to his nice-looking wife. That was pretty interesting about Shakespeare. Ha! The joke’s on me: I took the ‘Taming of the Shrew’ literally, and I shouldn’t have. So maybe there’s a lot more out there that the pundits and professors spoke of that wasn’t so, you think so?

“The key to America’s longevity is Trump, and if anyone thinks otherwise then they need a dose of reality. The barometer of my argument is that there’s just two numbers to consider: compare the number of people on Food Stamps and the amount of our National Debt from just eight short years ago. Want more of the same or what?

“Unfortunately our time is up and so, on behalf of the crew, I’ll be wishing you all a good night: Goodnight.

“Good show. Great idea for the wall, don’t you think? I would lay odds that Trump could get all the free labor he needs for his wall.  Want to hear a joke? Mike Huckabee said ‘Hillary would still lie even though the truth would be better for her.’ Hey, burger time: my treat.”

[*Excluding Muslim wives who aren’t “tamed” but forced into submission by threats or corporal punishment to make them docile/submissive or however they are required to act, hopefully avoiding being disfigured or a victim of an “honor killing’ (in Western Civilization-speak: premeditated murder).]