“AN ENORMOUS CEILING IS COMING DOWN” 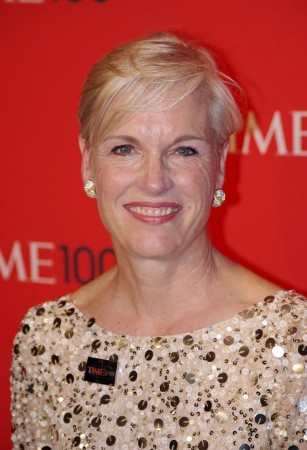 Richards supports Hillary Clinton for president and a range of issues including child care, paid family leave, and women’s health.  “An enormous ceiling is coming down,” Richards said, with the first presidential nomination of a woman by a major party.

She warned that Republican presidential and vice-presidential nominees Donald Trump and Mike Pence, respectively, have said they will “defund Planned Parenthood.”

Richards warned that Trump would nominate judges to the U.S. Supreme Court who would likely overturn the 1973 Roe v. Wade decision.

Cecile Richards is the daughter of Ann Richards, who served as Texas governor from 1991 to 1995.

“Women’s rights” continued to be a theme when a sexual assault survivor and a young woman whose parents are “Honduran immigrants” took to the podium following Richards.

“Let’s put Hillary Clinton in the White House and let’s declare, ‘Love trumps hate,” the two women said together at the end of their five-minute address.