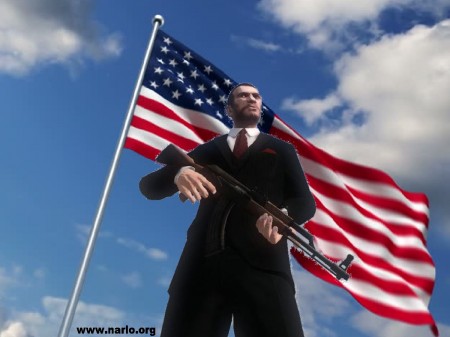 (Jul. 17, 2016) — In our recent article entitled, “What Was That 4th of July Freedom Again?” we described what happened to freedom since Patrick Henry uttered those immortal words, “Give Me Liberty, Or Give Me Death.”  We laid out the details on the slow erosion of our freedoms.  Oh, yes, Americans have more liberties than the people in most countries, but is that the standard we are willing to accept?  How much more degradation of our freedom will Americans tolerate?  Will they suddenly find themselves in chains not knowing how they got there?

The enumerated powers of the Federal Government were described in the U. S. Constitution in Article I, Section 8, Clauses 1 through 18.  In point of fact there were only 17 powers, the 18th being an implementing power to the first 17.  Allegedly, all other rights belonged to the states and the people, but do they?

The 10th Amendment to the U. S. Constitution states:  “The powers not delegated to the United States by the Constitution, nor prohibited by it to the States, are reserved to the States respectively, or to the people.”

Today, what powers and what rights do the states and the people still retain?  The Federal Government has greatly expanded the original 17 limited powers and in so doing has seriously diluted and degraded the powers of the states and the people.  By bastardizing and twisting the “Commerce” and “Necessary and Proper” Clauses and supported by flawed decisions by the U. S. Supreme Court, they have blatantly usurped the sovereign powers and rights of the people.  By virtue of this expansion of power, the Federal Government has become the Master of the people, one of the greatest fears expressed by many of the Founding Fathers in setting up a central government.

Local, state and federal government politicians mistakenly believe, at their own peril, that if they pass law after law against the citizens of America, especially if those laws fall outside of the expected freedoms most Americans believe are their unalienable rights, they are somehow immune from some of those Americans striking back with violence.  First, it will be isolated incidents like the man near Denver, mad at local authorities over zoning issues, outfitted his large bulldozer with steel plates and small holes to see through, brought it to the planning department’s office and leveled the building before he committed suicide.

Then there is the case of a man somewhere in Arizona who couldn’t trim his own hedges himself and had to have it done by the contracted landscaper of the gated community he lived in, at his cost, of course.  He sued the community and lost.  His next action was violence.  He took a shotgun to the community meeting and killed two of the commissioners.  He will be in jail for the rest of his life.

A disgruntled contractor in Kirkwood, MO, just south of St. Louis, with a history of acrimony against civic leaders, stormed City Hall during a council meeting, yelled “Shoot the mayor!” and opened fire, killing two police officers and three city officials before law enforcers fatally shot him.  It seems that the man was frequently at odds with the zoning commission.  He ran a contracting business from his home and was often cited for storing materials that didn’t meet code.

Does any of this sound familiar?  It especially does to the American rural landowner who is assaulted every day by growing land use and environmental regulations.

As law after law is added to the already voluminous law books, law-breaking will become the norm and the incidents we cited above will increase.  Violence will follow the law-breaking as government exerts more police power to enforce the growing number of insane and unenforceable laws.   As government tyranny and enforcement rises and politicians and bureaucrats, at every level of government, continue to squeeze Americans with new and more draconian laws, violence will be the final arbiter, unless WE THE PEOPLE rise up en masse and peaceably take control of our government and bring it back to the principles of constitutional law that the Founding Fathers created for us, at great cost.

What we have now is a government run amok by special interests and politicians only too eager to pander to those special interests for the money and political influence they will need to win the next election.  On the other side we have an electorate that is oblivious to the corruption that goes on at every level of government and doesn’t seem to care one whit.  They don’t care at their own peril.

Nevertheless, having said this in the context of the Second Amendment, let us be clear:

“Under almost every circumstance we do not condone violence in any form.”

But some citizens, who are frustrated with the unreasonable and in some cases treasonable actions of government, will resort to violence to relieve their pent-up anger and frustration.  No matter how much the politicians shield themselves with a huge police presence at government meetings and conferences or when they are alone out in the community, some Americans will resort to violence against those they think are responsible for their grief and frustration and will find a way to deliver that violence.

Being a politician will eventually become extremely hazardous, unless politicians wise up and return to the principles of freedom and liberty laid down for us and paid for by the blood of countless brave men and women who have gone before us.  If you squeeze a ripe tomato too hard, it will ooze out between your fingers.  If you squeeze Americans too hard, unintended and sometimes violent consequences will be the result.  It is an inescapable fact which way too many ignore.

During the American Revolution, both sides had roughly the same weapons; swords, muskets, pistols, gunpowder and cannons.  But today both sides do not have the same weapons.  The government has the weapons that could easily annihilate the entire population of America and the power to totally enslave anyone that survives.

The imbalance in weapons and power between the government and the people is the difference between a cannonball and a grain of sand.  If the Second Amendment is to remain relevant in today’s world of super weapons, the people must be able to arm themselves to the point of at least giving them an edge, albeit a slight one.  That edge is the assault rifle.  If every American household had an assault weapon on the premises and was trained to use it, there would be a lot less crime and government wouldn’t be so quick to continue degrading our liberties by passing zillions of unconstitutional laws and turning America into a police state.

The question as to how much of an edge the people should have against government tyranny has raged for many decades.  Should the people have hand grenades, bazookas, mortars, tanks, aircraft and other heavy weapons?  The general consensus is that in an ordered and peaceful society such weapons in the hands of the general population would pose a serious risk to others in the population.  That is a strong and logical argument.

So where does society draw the line and still be compatible with the roots of the Second Amendment?   We have already seen that handguns and rifles also pose a threat to the general population.  Using that same argument, why then should people be allowed to own handguns and rifles?   Again, using that argument, English and Australian governments outlawed the ownership of guns.  Correspondingly, crime in both countries rose because the criminal, who is always able to obtain weapons on the black market, prey on a defenseless population.  In contrast, the people of Switzerland are encouraged to own and train with guns.  They don’t have a lot of crime in Switzerland.

Yes, in a free society, some deranged people or terrorists will take a handgun, a rifle, an assault weapon, or a bomb and turn it on other people, as happened in San Bernardino, Orlando, Aurora, Columbine, Sandy Hook and now Dallas.  In each case an armed man or woman could have dispatched the shooter, with a lot less loss of life.  But in all those cases we cite, only in Dallas did the victims of the shooter (the police) have guns.

Unfortunately, the news and social media play the tragic events endlessly for days at a time, stirring up gullible people into believing that the only solution is to ban assault rifles, bullets, or even take all weapons away from the private citizen.  Democrats are the champions of these efforts and make no mistake, if the Democrats had their way, they would ban the ownership of handguns, rifles and assault weapons and even bullets, as did the liberals in England and Australia.   On America’s present course, the Democrats could very well be successful in that goal.  If it weren’t for the lobbying power of the National Rifle Association (NRA) and the members that support it, the Democrats would have been successful.

But every time the Democrats call for more gun control in America, gun sales rise dramatically, virtually overnight.  There are now more guns in America than there are people.   One in three Americans owns one or more guns.  Since Obama took office in 2009, just to meet the growing demand, gun manufacturing rose from 5.5 million guns in 2009 to over 11 million guns in 2013, and gun manufacturing and gun sales are still on the rise in 2016.  (Source: NPR)

A Japanese admiral was purported to have said during World War II why he wouldn’t invade America.  He said, “Because there would be a gun behind every tree.”  The admiral was right then and he is right today.  In Wisconsin alone, there are over 600,000 people with hunting permits.  It is easy to assume that a large portion of that 600,000 own guns.  That’s just one state.

An armed society, whether handguns, rifles, or assault weapons, is a significant and necessary deterrent against government tyranny and absolute power, as well as a deterrent against foreign invaders.  The question is, when do the people invoke the Second Amendment to derail a government bent on absolute power?  If the American government, at all levels, continues this vicious and relentless assault on the American people and their liberties in the guise of social justice, radical environmentalism, multi-culturalism, political correctness and the one-world-order, that question may be answered sooner than any of us think.

For those interested in all types of weapons and weapon manuals, we have a weapons page on the NARLO website HERE.  And, if you want to defend yourself against government without resorting to violence, we have developed four (4) effective defenses HERE.

It’s Not About Assault Rifles, It’s About Defending Freedom added on Sunday, July 17, 2016

One Response to "It’s Not About Assault Rifles, It’s About Defending Freedom"