WHEN WILL THE “JIHAD” STOP? 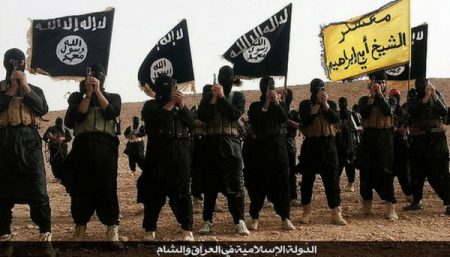 (Jul. 15, 2016) — ISIS murders have become regular dinner conversation these days and apart from the bloody horror we see on the 6:00 o’clock news.  The latest tragedy is in France – 84 dead as a deranged ISIS lunatic drove his truck into as many people as possible.  No doubt he was praising Mohamed screaming out ‘Allahu Akbar.’

Where did this all begin?  Was it the evil guns?  Was ISIS hatred spawned and fermented by Christians who love Jesus?  Was it Islamaphobia?

Let us look at Frankenstein’s laboratory and see where it all began.

Hillary and Obama gave birth and weaponized ISIS through Syria.  Obama and then-Secretary of State Hillary made sure the Islamic rebel group that spawned ISIS in Syria got thousands of high-tech weapons smuggled through Benghazi.  You know, that place where Ambassador Stevens and his aides were tortured and murdered while Hillary and Obama told all desperate requests for help to ‘stand down.’  It stuns me to this day that after all the investigation, witnesses and facts pointing to her lying and treacherous behavior during this event, she walks and people look the other way, just like with her myriad of lies, cover-ups and email fraud.  People again just look the other way.

Obama has reminded us year after year that ISIS is not Islamic, nor is Al Qaeda.   The truth is that they are among the most devout Islamics in the Islamic world, obeying Mohamed’s murderous call to Jihad and wiping out the Infidels.

Now we have another mass murder attack in France as innocent bystanders were celebrating Bastille Day.  Sadly and oh-so-politically inconvenient of the latest ISIS murderer was that he chose a truck for his murder weapon and not a gun. So far 84 have been killed and many others injured.  I’m certain control freaks Hillary and Obama had another useless gun control speech ready to go for the next ISIS attack.  Now what are they going to scream about…the evil of big trucks?  Maybe all trucks, certainly ‘high-caliber’ trucks with lots of horsepower should be banned.

The world is trying desperately to survive and live life with an evil, well-funded Islamic foe called ISIS who has declared WAR on us all.  So far they seem to be winning as the politically-correct crowd barely has the intelligence or courage to identify them as a militant and devoted part of the Islamic world. If you will not identify the enemy and their motivating culture, you cannot fight them or win against them.

What would a President Hillary do with ISIS?  Well, so far she has helped to arm them, create them, fund them and minimize them with Obama to America and the world.  No doubt she would have their leadership to the White House to try and understand their pain. Perhaps she would create a punitive fine and formal statement against all Christians blaming them for causing ISIS to become so desperate as to attack others.  It sure wouldn’t be the fault of ISIS or Islam.

What would a President Donald Trump do with ISIS?  So far, he has said we would ‘bomb the **###**  out of them.’  I am liking his plan so far. He has said he would stop all Muslim immigration, stop the flood of illegal aliens, which include Muslim terrorists and no doubt gleeful members of ISIS now peppered throughout our country.  Remember the former FBI director has said ISIS members are in all 50 states and they have well over 1,000 ISIS investigations going on.  Don’t you feel safe?  Bottom line is that Trump knows how to identify a real enemy like ISIS and he simply says we will find them, then deport, arrest or kill them.  The wonderful thing about Donald Trump is not everything is to be negotiated or closed outside of business.  Enemies are to be identified and killed, not negotiated with.

Pray that Donald Trump is our next President and he can be persuaded to declare actual war against ISIS and radical Islam.  He must get Congress and our allies firmly behind us in a worldwide and organized effort to identify them everywhere and destroy them all.  We must also get the moderate and cooperative Muslim leadership (if there is still such a thing) throughout the Middle East to either fight ISIS, stop funding them, identify, arrest or kill them.  If they continue to play games, support and fund them, we must stop all trading, sales, purchases of oil and open doors with us.

How many more mass murders must we endure at the hands of ISIS while Obama and Hillary lecture us on gun control and as usual miss the whole point?

It is High Time to Declare WAR on ISIS and its Supporters added on Friday, July 15, 2016