AMERICA HAS CENTURIES OF FOSSIL FUELS, BUT HYDROCARBON DENIERS WANT TO STRANGLE OUR FUTURE 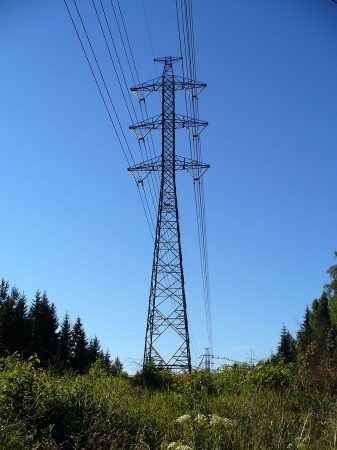 Bernie Sanders and Hillary Clinton want to regulate drilling and fracking into oblivion, or ban them outright. Clinton also says she is “going to put a lot of coal miners and coal companies out of business.”

The draft Democratic Party platform supports a “phase down” of fossil fuel production on public lands, turning those lands into “engines of the clean energy economy,” getting 50% of US electricity from “clean sources” by 2027, and reducing greenhouse gas emissions by 80% below 2005 levels by 2050.

1) Oil, natural gas and coal replaced human and animal muscle, wood, waterwheels and whale oil. They provided the energy that lifted billions from abject poverty, disease, malnutrition and early death, to the amazing living standards and longevity we enjoy today. They still provide over 80% of America’s and the world’s energy, and the vast majority of nations are burning them in ever-increasing amounts to power their own health and economic transformations. Even wealthy developed countries are reexamining punitive climate and “renewable” energy policies, to embrace fossil fuels anew.

2) Fears that we will run out of oil and gas are unfounded. In 1945, the Institute for Energy Research (IER) reports, the USA had 20 billion barrels of oil reserves. Between 1945 and 2014 we consumed 177 billion barrels – and still had 40 billion barrels of proven reserves left in the ground. It’s the same story with iron, copper, aluminum, titanium and other vital raw materials. The more we use, the more we have – thanks to constantly improving exploration, production and other technologies, driven by rising demand and prices, conceived and built by mankind’s increasingly creative genius, our Ultimate Resource.

3) In fact, we are still blessed with centuries of fossil fuels. Oslo-based Rystad Energy consulting calculates that the United States has 264 billion barrels of technologically and economically recoverable oil: 8 billion more than Russia and 52 billion more than Saudi Arabia.

Based on current consumption rates, IER and EIA (Energy Information Administration) data show that US “proven reserves” (recoverable at today’s prices) total 5 years of oil, 13 years of natural gas and 319 years of coal. As prices rise and technologies improve, “technically recoverable” figures soar to 206 years for oil, 83 years for gas and 597 years for coal. “In-place total resource” estimates send these calculations to an astronomical 536, 510 and 12,849 years respectively!

4) According to the IER and economist Steve Moore, this amazing abundance could translate into 6 million new jobs and $1 trillion a year in energy exports. America’s non-environmentally sensitive western public lands could hold $50 trillion in energy resources – which new pipelines, refineries and liquefied natural gas terminals could bring to the world, unleashing incredible job and economic growth. However, Mrs. Clinton and Democrats oppose these facilities and want the resources locked up.

Those policies would be disastrous, especially for western states that would be turned into playgrounds for rich and famous elites, and for our manufacturing heartland. A University of Colorado Leeds School of Business study projects that eliminating 75-80% of hydraulic fracturing for oil and gas in the Centennial State would cost it $11 billion per year and 62,000 jobs by 2030.

5) In the absence of government diktats, we will gradually and voluntarily make a transition to new energy sources that we cannot even imagine today, long before we run out of these fossil fuel bounties. We would do it without destroying jobs and economies – just as we did over these past 150 years. Who among us, just 100 years ago, could have predicted the coal, gas, hydroelectric and nuclear power plants that generate 93% of today’s electricity … or the cell phone, internet, medical, entertainment, manufacturing and other incredible technologies that are made possible by electricity?

Any coerced transition will destroy millions of jobs and send families, communities, states and nations into social and economic chaos – for no environmental or climate benefit.

6) Widespread wind and solar facilities would have monumental impacts. Industry data reveal that getting 50% of US electricity from wind would require some 465,000 turbines and 48,000 miles of new transmission lines, across croplands and wildlife habitats equal to North Dakota (45,000,000 acres) – and 675,000,000 tons of concrete, steel, copper, fiberglass and rare earth metals. They would impair human health and kill millions of birds and bats annually. This is unconscionable and unsustainable.

And to top it off, we would still need backup coal or gas generators – unless we are willing to have to only minimal, expensive, constantly interrupted electricity, when it is available, rather than sufficient, affordable, dependable power, when we need it for modern lives, livelihoods and living standards.

Ruling elites may be happy to impose that on “commoners.” They will never tolerate it for themselves.

7) Every one of these “clean,” “green,” “sustainable,” “renewable” energy edicts and fantasies is based on assertions that fossil fuels emit greenhouse gases that are causing “dangerous manmade climate change.”

However, as my Climate Hype Exposed book, my numerous articles, and studies and books by hundreds of climate scientists reveal, there is no convincing evidence that carbon dioxide and other GHG emissions have replaced the powerful, interconnected natural forces that have always driven climate change. Climate alarmists cannot show that recent or ongoing climate and weather fluctuations, cycles and events are significantly different from those of the last 50, 150 or 1,500 years.

Climate alarmists cannot separate human influences from natural causes for any recent changes. They do not know how much Earth will warm by 2100. They cannot say at what point further warming will be “dangerous” – or for which plant, wildlife or human populations. They admit that slashing America’s fossil fuel use will reduce global warming by only a few hundredths of one degree (assuming CO2 drives climate change), especially if most countries continue burning coal, oil and natural gas.

8) If we truly want to Make America great again, Help working class Americans, and Care about the poor – we will not “Keep it in the ground.” We will not squander our bounteous fossil fuel inheritance on the pagan altar of climate chaos. We will not sacrifice our children’s future for illusory ecological benefits.

The draft Democratic Party platform essentially says we must safeguard the assumed needs of future generations, even if it means ignoring or compromising the real needs of current generations – including the needs, aspirations and welfare of America’s and the world’s poorest people.

It says we must protect poor and working classes from alleged, exaggerated and imagined climate disasters decades from now – by imposing very real energy policy disasters that will adversely affect their jobs, living standards, health, well-being and life spans today.

That’s why the Obama EPA alone has issued more than 3,900 new tiny-print rules and regulations, totaling nearly 76,000 pages in the Federal Register, and costing us tens of billions of dollars a year.

Big Green Democrats think they can fool Americans again and again, and continue asserting their moral superiority, condescension and contempt for anyone who does not accept their ideologies and agendas. They believe it’s good policy to send America deeper into energy and economic decline.

Are they right? Or are voters finally waking up? The coming months will tell.

Paul Driessen is senior policy analyst for the Committee For A Constructive Tomorrow, Heartland Institute and Congress of Racial Equality, and author of Eco-Imperialism: Green power – Black death.