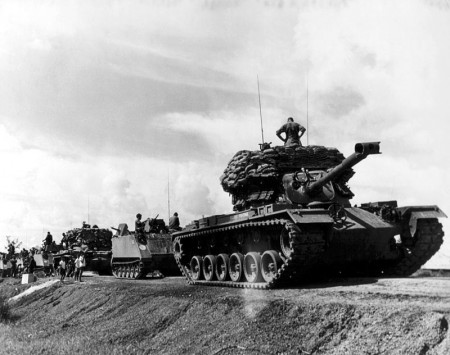 (Jul. 3, 2016) — “Good evening, ladies and gentlemen. Yesterday we interviewed a man on the street on his way to one of our wonderful museums, and it must’ve struck a nerve in our viewing audience because we were inundated with follow-up requests. Hello, I’m Chief New Leaf, your host for tonight’s episode of ‘Pulse of the Nation.’ Roving is in San Diego working on a human-interest story that will be aired sometime later this month.

“As you can see, by popular demand, we have Mr. Oaks with us in the studio. Mr. Oaks, thank you for acquiescing to our request to have you back. Good thing it’s a weekend, right?”

“You’re more than welcome, Chief. Glad to be of service. As far as the weekend goes, that doesn’t matter: these days we work out of our home – on the computer – so there’s no punching the time clock or even showing up. As a matter of fact, I haven’t been to the office in — excuse me while I try to remember — oh, about 15 years.”

“Fifteen years! You mean to tell me you’ve been submitting reports – ‘findings,’ sorry – every, when was it, every Tuesday morning for 15 years? By the way, why not submit your findings every Monday morning, like most departments?”

“Oh, no. Reports due Monday morning might instill a feeling of being rushed, which might affect the accuracy of the finding. Above all, we must always remain above-board; unemotional; completely accurate so if we ever do draw conclusions, they’re the best that can be. And as long as we submit our reports, we get paid: easy job, by the way.

“You see, Chief Leaf, even though we don’t distribute our reports to other government departments, they do seem to find their way around the office.”

“We have this one lady — actually, she’s been there as long as I — who writes her reports as if she’s writing a book: a chapter a week. And get this: every so often she takes them home, changes a few names and dates, and sends them to a publisher.”

“In the past 30 years she’s had seven books that have been on the ‘Best Seller List’; 31 books in the ‘Book of the Month Club’; one was made into a movie and she’s negotiating yet another movie deal. Made her very wealthy. She uses a pseudonym. ”

“You ever write a book?”

“My expertise is more what would be called “Science Fiction” or, I suppose a more accurate description would be “Political Fiction”; maybe “Political Fantasy.” Not much demand for make-believe scenarios.”

“Oh, yes it is, because most of my make-believe stuff has come to pass, or nearly so. Thus far, I’ve been in the 90% accurate range of my findings.”

“Tell us one of your conclusions that was off-target.”

“Very well. I predicted that the Vietnam War couldn’t last; that the United States would turn tail and run; and that the bloodbath that would follow would unglue the majority of Americans.”

“Everything went down exactly as I said it would: the rounding-up of the people who worked in the entertainment industry – bars and brothels – many of whom were taken out into the street and just shot; others, many others, were sent to “Reeducation Camps” (prison) for indoctrination lessons. Many never returned.

“They, the Viet Cong, would “racially-profile” the children, and if they thought they weren’t pure Vietnamese – American fathers – they were summarily executed. And the horror spread to Cambodia (Kampuchea) and Laos. It was in Cambodia that the Chinese took advantage of the vacuum that was made by the Americans turning tail, with the traitor Pol Pot as the figurehead. Trouble with that was that the Chinese misread Pol Pot: he was as loony as they came, so any easy road from China to India was quashed.

“But the craziest thing of this whole mess, this mess of the Khmer Rouge in Cambodia, was that the VC saved the people of Cambodia by invading that country and going after the members of the Khmer Rouge, believe it or not, which goes to show you how much Ho Chi Minh hated the Chinese. But he was dead by then – died in ’69 — but the Vietnamese have no love for the Chinese, never did, and that goes back centuries. And THAT’s what I misread: the VC saving the Cambodians.”

“So what are you working on now, I mean, if it’s not top-secret or anything?”

“Oh, no, you got it all wrong. Everything we do, or everything that we draw our findings from, is out there in public domain. It’s all out there, all of the time. We just try and draw conclusions as to the ‘Big Picture’; ‘Macro Politics’: the ‘End Game.’

“You play chess? Yes? Well, let’s say we look at a board – a game – that’s been going on for a while: months, years, not important. Let’s make the pieces red and white. You look down at the chessboard and see that the red side has a few pawns inside the white’s line. Matter of fact, the white king is back-up against the wall – on the last square – and right in front of the white king is a red pawn. Well, when you look at that you just got to see trouble.

“Okay, then. We have Obama — our de facto president — on the last square and we have the Muslim Brotherhood and CAIR standing DIRECTLY in front of Obama: a red pawn in front of the white king. And then we draw a conclusion, or what we call a ‘finding.’  And our ‘finding,’ in this case, is that the king that was once white CHANGES COLOR AND BECOMES RED. Cheating! Most dire foul! Game over, unless the Joint Chiefs of Staff and the other government entities can put it all together and stop it. The point that I’m trying to make is that war isn’t fair play; it’s not like a game where each side has rules they have to follow, follow me?”

“You’re all working at it, this one game, is that what you’re saying?”

“Ever since January 20, 2009. Nonstop, week by week and the findings are always the same.”

“Unless there’s a Patriot, make that ‘many Patriots,’ out there.”

“Good question. Remember the Feds in Utah, Oregon, and other places? Bureau of Land Management? Go ahead:  put a uniform on a SS , dress him in any other uniform or just regular old civilian attire and he’s still SS, understand?”

“So what, again, are your findings?”

“Our finding is that we strike now, take down – deport, whatever it takes — Obama, the Muslim Brotherhood, CAIR and all the other Muslims in our country, and be proactive for once in our lives to save our country. In short, take our country back before it’s too late. And that’s all that I’m prepared to say at this time. It’s not complicated but the Left-Wing naysayers, people like Paul Ryan, and Bernie, and Hillary, aren’t doing our grandchildren any good, this I will say.”

“And say it you did. All that we can hope for, I guess, is that those who haven’t been doing their jobs for the past eight years will suddenly grow a conscience and do what’s right? Somehow I just don’t see that happening, but then, as you said, the VC saved the Cambodians.

“But who will save us? The Mexicans? The Canadians? I submit we’d be better off asking the MS-13ers to save us. Heck, let them run our Food Stamp program; I bet they do a lot better job than what’s been going on. If nothing else, the corruption would stop overnight, or at least soon after. Imagine, if someone was scamming the Food Stamp system (which would mean diminished profits for the MS-13 gang), how long would that last? Not for a New York minute.

“Not a bad idea; I mean, the Salvadorians are here anyway; let them earn their keep. Hey, our time is up. Thank you for watching and so, on behalf of the crew, and Mr. Oaks, here, I’ll be wishing you all a good night: Goodnight.

The Advantage of Being Proactive (RR) added on Sunday, July 3, 2016