“IMMIGRATION…IS NOT SOMETHING TO FEAR” 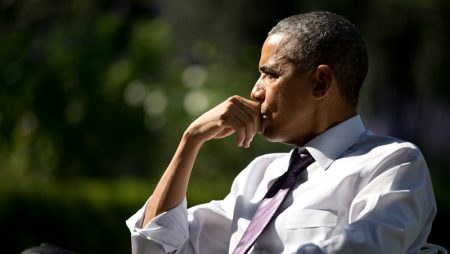 (Jun. 23, 2016) — The U.S. Supreme Court announced Thursday that it could not reach a decision about Obama’s executive actions on “immigration reform,” leaving a lower court’s ruling in place barring their implementation.

According to ZeroHedge, the court issued a one-sentence statement which, in effect, upheld last year’s decision by the Fifth Circuit Court of Appeals that Obama’s executive actions, declared in November 2014, which would have allowed millions of illegal aliens to remain in the country under certain conditions, constituted executive overreach .

At approximately 11:52 a.m. EDT, Obama addressed the public from the White House to say that the high court was unable to “come to a decision” and urged the Senate to approve his nominee to replace U.S. Supreme Court Associate Justice Antonin Scalia, who died in February, to avoid the deadlock exhibited today.

Obama emphasized that immigrants have come to the U.S. since its founding and made the country “stronger,” then derided “the Congress” for failing to “do its even most basic function, which includes nomination” [sic].  He undoubtedly meant “confirmation” of judicial nominees, as is outlined in Article I of the U.S. Constitution.

“America should not let it stand,” Obama said of the Senate’s unwillingness to give his nominee, U.S. District Court Judge Merrick Garland, “an up-or-down vote.”

He believes that the current “system” is “broken” and that his executive actions, declared on November 20, 2014, should have been allowed to go forward.

“Immigration…is not something to fear,” Obama said.  “Being an American is being something more than that,” he said, referring to “differences” native-born Americans might see in immigrants.

During his speech, Obama mentioned “Kenyans” in what was perhaps a reference to his claimed father, although Barack Obama Sr. was not an “immigrant;” he came to the U.S. on a student visa in 1959 which was revoked in July 1964, forcing him to return to Kenya.

Obama said Americans “are going to have to decide if we will accept the cruelty of ripping children from their parents’ arms,” referring to instances in which some family members are deported while others are allowed to remain.

“Sooner or later, immigration reform is going to get done,” he said, stating that “fear-mongering” and political posturing are holding it back at present.

“Every one of us has somebody in our background who people didn’t want coming here,” Obama speculated.

Obama said that his “DACA” program, which allowed young illegals to register to remain in the U.S. conditionally, will “remain in place,” as it was not part of the court challenge brought by 26 states led by Texas.  Obama referred to DACA participants as “kids.”

“I’m disappointed by the lack of decision by the Supreme Court,” he said, but added that “we’ve gotta have Congress pass a law” in order to attain his objective of immigration reform.

Over the course of the last eight years, Obama has been particularly “welcoming” to “immigrants and refugees.”  He mentioned U.S. “citizenship” frequently through his brief address.

Many Americans believe, because Obama’s long-form birth certificate has been declared a forgery by a criminal investigation, that he himself is not a legal U.S. citizen.

Just prior to Obama’s remarks, Speaker of the House Paul Ryan opined that the Supreme Court deadlock upheld the constitutional principle of “separation of powers.”