HERITAGE “NOT A RACE” 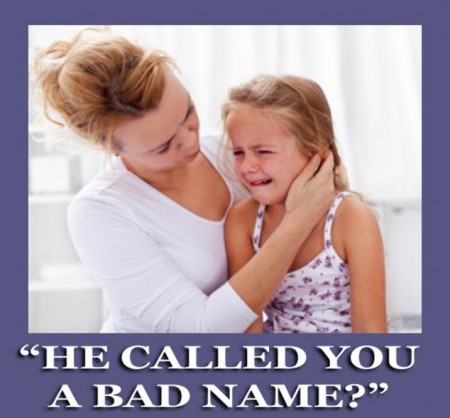 (Jun. 6, 2016) — Fools, of which many abound, who think that Donald Trump slipped when he called the judge presiding over the Trump University lawsuit a Mexican, quite clearly haven’t been paying attention.  They should start soon. Everything that Trump does and says is planned.  It’s not polled, but it is planned.

Before we get into why he identified the judge’s Mexican heritage it is important that we all understand that the media, the Marxist Democratic Party and the remaining vestiges of the Anti-Trump Republican Establishment decided that the lawsuit referenced above is the only shot they have at preventing Trump’s historic run to the presidency.  Therefore, even though in the scope of things, it is really a non-entity, but with the help of the media the Hillary campaign prays (“pray” may not be the best word to use when discussing Socialists, but you get the point) they will be able to build the proverbial mountain out of a mole hill.  Trump knows this and has decided, unlike the typical RINO Republicans, not to sit back and let them do it.

It might be a good time right now to ask what is so wrong with a person being Mexican?  Only those who believe there is some nasty downside to being Mexican would consider it to be a slur.  It’s more likely that anyone who, without proof, assigns tainted intent to Trump, are the actual racists.

The next thing that most people are ignoring is that Mexican is not a race.  It is a country of origin, of citizenship or of birthright.  Caucasians can be Irish, Swedish, Russian and oh yes, even Mexican.   So for those who think being Mexican is some sort of human deficiency, that burden. my friends, is yours to deal with.  Quite clearly Mr. Trump harbors no such spirit. If he did, he never would have informed the people that the judge presiding over his case is Mexican.

So why did he?  Did he want people to think he held Mexicans to some sort of inferior status? Think about it, would he not avoid any opening that would expose him, if in fact he did hold such beliefs?  Many sleazy politicians are expert at covering up their prejudices.  Trump, on the other hand, knows who he is and speaks honestly and freely.

So then why did he point out that this judge was of Mexican heritage?  We already told you that the lawsuit is front and center the only thing that the left has.  Their quiver is empty; they have this one last arrow and they intend to make it count.  If they can make people believe that Trump University was a scam, then they have a shot at ending Trump’s campaign.  It’s a long shot, but if you have nothing, you take what you can get.  So that is where they decided to wage their Waterloo.  Trump understands this and he is ready, willing and unafraid to take them on.

This judge, clearly a Caucasian of Mexican decent, is an active member of a legal group that touts open borders and legalization of every person who has jumped the border or overstayed their visas.  This aforementioned legal group has ties with La Raza, which curiously enough translates to “The Race.”  Both groups, and therefore all those affiliated with them, will, by their nature, despise anyone who wants our laws enforced and our borders closed.  Can anyone reading this think of a presidential candidate who just might be considered an enemy of their cause?  Can anyone think of a reason why a judge sitting in judgement of such an individual should not be exposed?

Hillary, Gingrich, Kelly and so many in the media clearly think there is something wrong with being Mexican.  Shame on them!  If any of you who claim to support Trump think he should sit back and let the world think that that judge is perched on an unbiased pedestal and then be allowed to make unfair rulings without the people of this country being informed of his affiliations, then you probably liked the way McCain and Romney folded like Dollar Store lawn chairs when they were confronted by the media.

Trump has taken on this battle for the reasons he says.  I believe him and so do many millions of Americans.  They know he is not racist.  They know he loves this country and only he will be able to do the things that need to be done to save it.  He will take his game plan all the way, the way he perceived it.  If the Americam people are not ready to get behind a free and honest leader, then so be it.  Mr. Trump can live anywhere in the world and insulate himself from the mayhem which is sure to ensue if the Socialist Democrats get another 4 year crack at dismantling our Constitution.

He is going to do it his way.  Not the way of spineless politically correct Republicans.

There is, however, an upside to this.  That silver lining we often hear about.  The “he’s Mexican” statement has helped Trump weed out the weak and the gutless among his so-called supporters.  It has also eased my mind since I feared that Trump was considering Gingrich for VP.  That won’t happen now, so in one instance, thank God for judges with Mexican heritage.