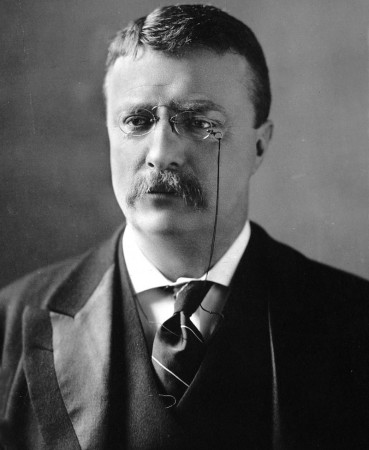 (May 31, 2016) — Political parties are bad enough; three of them are a real waste of time and resources. When Theodore Roosevelt ran on his Bull Moose party in 1912, it was simply another political ploy to pull votes from the Democrat Party headed by Thomas Woodrow Wilson. “The Bull Moose ticket polled some 25 percent of the popular vote. Thus split, the Republicans lost the election to the Democrats under Woodrow Wilson. The Bull Moose Party evaporated, and the Republicans were reunited four years later.

Though there were several different parties in play during the 1800s, only the Jacksonian Democrats garnered sufficient clout to become the Democrat Party of today.  Under Andrew Jackson, our seventh President, they evolved into the ruthless and arrogant party we still suffer today.  Their motto was set by Senator William Marcy from New York when he proclaimed, “To the victor belong the spoils.” The Spoils or Patronage system exists today; meaning that the big money supporters of the party, when it gains control of the government, will either find or create a high-paying and high-sounding label for the position the big spender will occupy. This is one of the ploys used to make larger an already bloated, “paid for by We-the-People Government.”

They do not stand a chance of getting elected; it is simply another spoiler act that can benefit only the already-rotten Democrat Patty.  With the despicable and no longer electable, destined-for-prison Hillary Clinton and the never-viable, Socialist Bernie Sanders trying to grab the brass ring, this great republic sinks further into chaos. I pray the electorate is sensible enough to vote overwhelmingly Conservative and sweep Donald Trump into the Presidency.

Though it is quite obvious this nation has problems, they will never get solved under the non-leadership of Barry Soetoro-Obama and the absolutely feckless and dilatory, do-nothing 114th Congress. By the records uncovered by Judge Bruce Van Sickle and Atty. Lynn M. Boughey, who defined five classifications of applications, 49 of the 50 states have applied for an Article V Convention:” Only the legislature of Hawaii has never approved an Article V convention application.”

It is quite apparent that the states have  had quite enough of the bad intent of the Congress; they should be brought to judgment for their dereliction of Constitutional violation and forced to call an Article V Convention forthwith.

Their dereliction is patently obvious evidence of their intent to deny this nation its constitutional right to amend our constitution. Their greed is palpable, they have and are making a living by their failure to live up to their Oath of Office. They have reason to fear an Article V Convention. In the 229 years since our Constitution was conceived and made law, criminals, i.e., politicians have lied, cheated and stolen our government and turned it to their private money maker. Term limits will be high on the list of amendments to be proposed.

Political parties are nothing more and nothing less than a governmental La Cosa Nostra or a Washington Mafiosi. The legal elimination or banishment of political parties will by high on the list of proposed amendments. We cannot afford such a high level of criminality.

In my humble opinion, this nation and the world has become as sinful as was humankind preceding the great Noahic Flood that God used to wipe out a sinful humanity. I suggest that we, as God’s Chosen Republic, step up, show our “exceptionalism” and get humankind back on God’s designed course or face His promised extinction for the FINAL time. We have exhausted his patience.