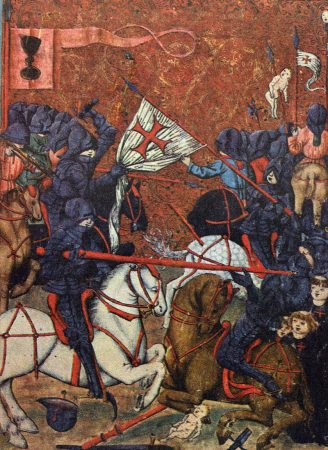 (May 25, 2016) — Humans…but not all humans, just the conservatives, devout Jews and Christian crowd, are in the hopper to throw away.  The trash compactors and human chain saws are oiled up and blood stained. We’ve seen it before and we now see it again all over the world. Martyrs are being made every day at the hands of radical Islam siding with the “New World Order” and international control crowd.

The whole time in this movie from hell, the Islamic caliphate is pushing to take over the world. Their favored toolbox includes torture, mass murder and slavery. We hear empty and pitiful speeches from Obama stating magically (in between their mass murder events) that Al Qaeda, ISIS and other Islamic-named groups aren’t even Islamic.  Muhammad and his call to Jihad and murder of Infidels is what inspires, motivates and fuels the genocide and tyrannical caliphate push.  Here is where the magic comes in.  It has nothing whatsoever to do with Islam or its “anti- freedom call to violence and Jihad” all through the Koran and related “unholy books.”

An international genocide has long been going on mostly these days against Christians.  They are regularly seized, raped, tortured, beheaded and burned alive.  We hear little or nothing because that is the “necessary evil,” “the real agenda.”  We can’t have people alive, exercising “anti-Obama speech” or “anti-Muhammad speech” submitting to Jesus first instead of Obama or the political-change machine.  You must in every way cull the herd.  Hopefully, the conservative and Christian masses won’t notice their loss of freedom and power before they can rise up and do anything.

Too bad – so sad – radical Islam, Obama, Hillary and New World Order minions. Christians and conservatives have been washing the blood stains off their clothes, praying louder to Jesus and finding courage to stand they didn’t know they had.  We are even taller than they all thought because our posture is getting way better.  When you lift your heads up and throw your shoulders back, people notice.

We all know that God is the only one Who really can get things done against stark evil, which we all face in every direction.  We are reading and reminding ourselves about our real history and power, not the rewritten or Common Core-Obama version.

Get used to it, you doubters.  Miracles and answers to prayers of faith are already here.  I believe, as many others do, that Donald Trump is a bold answer to prayer.  Trump is an uncontrolled powerhouse – a man who seeks the God of the Holy Bible and is growing in his faith. He is a man with a real vision to build America back and confront the bad guys. Even better, he is a man who will confront radical Islam and the “America last” crowd instead of fund them and play with them.

Christians and conservatives of America, stand up, speak God’s promises out loud and pray for Donald Trump’s success and safety.  Do not ever bow your head again to anyone but our Lord and Savior, Jesus Christ.  Remember, “one with God is the majority.”  Imagine millions of believing and power-house Christians standing with God.  Obama and Hillary don’t have a chance if we all stay awake.  Get excited and believe.

Do I see a deeper furrow in the arrogant brows of Obama and Hillary?  There isn’t enough plastic surgery available for either one of them, I reckon.

The Deadly Agenda We Must Fight and Win Against added on Wednesday, May 25, 2016