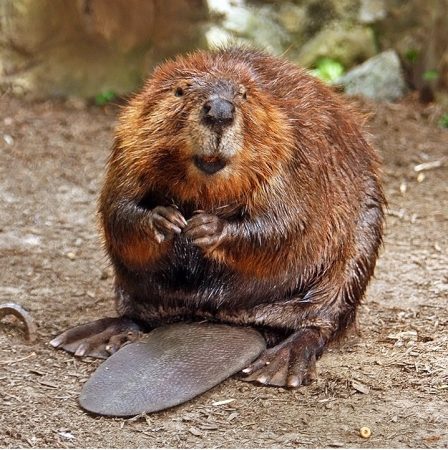 (Apr. 28, 2016) — “Welcome, ladies and gentlemen, to ‘Pulse of the Nation.’ The other day we had the great honor to have Chief New Leaf on our show. As he was leaving he handed me a sheet of paper and said, ‘Maybe you’ll share this with your viewers someday.’ Well, since it’s raining cats and dogs I’d say there’s no better time than right now.

“Your New World; Our World End
By Chief New Leaf

“When food production became reliable and animal husbandry could be depended upon to replace the arduous task of the hunt for red meat;

“When the population of Europe exploded to the point where the great cities could no longer absorb redundant field hands, new lands were sought. The day when a return of a large sailing ship was a matter of course, an exodus like no other took place from the European continent to North and South America: the New World.

“The newcomers swamped the shores to the point where they were forced to move westward, ever westward. First the great and mighty forests of New England were decimated: great tracts of old growth timber were cut down to supply the needed material for buildings and sailing ships.

“Large tracts of land were cleared for cash crops, and all the while the great Eastern Buffalo Herd was decimated until the last buffalo was killed. Species of birds were hunted for sport or feathers.

“The beaver — the one animal that the native Indians respected to the point of never having hunted — prevented the waterways, from creeks and streams even to mighty rivers like the Snake, Cumberland and the Shenandoah, from overflowing their banks during the spring runoff. The beaver even tamed the granddaddy of them all: the mighty Mississippi.

“The incessant expansion westward resulted in yet another buffalo herd becoming extinct: the Great Midwest Buffalo Herd. For the first time, beaver was on the killing menu hunted for its pelt. Other species were hunted into extinction or, like the otter, almost so.

“The eastern Deer, Elk and Moose herds were killed off. The very air that is breathed was polluted. Giant mountains of discarded material became overflowing to the point where, in many places, it was put on barges and dumped into lakes and the oceans. Even back in Europe the Mediterranean has become just another open septic tank flowing into the Atlantic Ocean.

“The American Indian lived congruently with Mother Earth.  I’ve heard many a time when someone would say that we never would have invented the radio or television or gone to the moon. This I do not know, for no man can foretell the future. Maybe we would’ve reached for the stars in the year 2929. Who among us can say?

“Many inventions we admire such as your Hubble space telescope and eyeglasses. We admire your Isaac Newton and Michelangelo, your Shakespeare and Tolstoy, your Pliny the Elder and Plato. These people interest us, but with all of this knowledge, why do you forsake the Garden of Eden for the Serpent’s touch: pollution?

“We have seen pictures of the Ford Motor plant spewing black soot into the air as Henry Ford stood next to one of his machines for a photograph, all the while breathing the poisonous and noxious fumes that he himself created.

“Something is way out of balance and you can’t even see it. You continue to clear-cut for your housing projects, be it just one house to a 500-acre tract. In Eastern Kentucky and West Virginia you allow strip-mining where you not only denude the land and wipe out all the living creatures, but you also destroy the water, and without water there is no life.

“The Red Man respected, above all else, the one thing that Mother Earth provides: fresh water. Fresh water is the most precious resource you can have, even more precious than gold, yet it is your insatiable appetite for riches that blinds you to destroying the place where you live. There is only one earth. Gold mines destroy waterways as none other, yet you continue to destroy Nature’s habitat with nary a shrug.

“You completely missed the teachings of Jesus. You believe that Jesus is yours, yet you think that it is somehow grand and altruistic of you to ‘share’ Him with others. Let me tell you that Jesus is for everyone equally. If He taught us anything, it is that you don’t need a church to follow His teachings and that includes you polluting our planet.

“You are allowing Iran to make nuclear weapons. You HAVE allowed Pakistan and North Korea to acquire nuclear devices and yet you have not gone into these countries and confiscated them.

“You Americans have no honor and, worse yet, have no shame. You let the criminal – illegal immigrants – into your home and then complain that you have illegal immigrants in your home. You have open borders: even we Indians closed the tent flap to keep out the mosquitoes.

“Your so-called ‘political correctness’ is a joke. You have millions of crybabies who do nothing but whine, and the loudest of them all is the Nation of Islam, who takes great satisfaction milking the disenfranchised out of every dollar they can get. They whine all day, and have been for years. Next year they’ll whine, and the next.

“Just like the Muslims who whine that they’re ‘peaceful and misunderstood.’ You people are pathetic: you can’t see the forest for the trees because you cut them all down, and you can’t see your enemy because you have some warped sense of right and wrong.

“Our ‘And crown thy hood with brotherhood’ isn’t anything like the ‘Muslim Brotherhood’, or maybe you thought the connotation of the two words ‘Brotherhood’ was the same. Compare the 700 Club with what the Muslims did in Beslan, Russia.

“You have one chance to set your country back on course: Trump. Your leadership has been inept for many years and you better get your act together. We Indians have a saying: ‘Trump is the last Beaver: make your choice.”