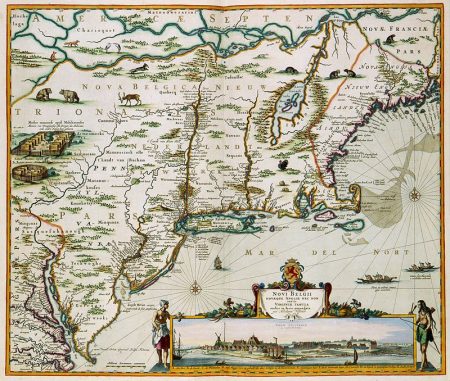 (Apr. 26, 2016) — Primary voters in the states of Pennsylvania, Connecticut, Rhode Island, Delaware and Maryland have cast their votes in what has been called the “Mid-Atlantic primary.”

All five states are among the 13 original colonies settled by Pilgrims seeking religious freedom through the rigors of the transatlantic journey from England.

Pennsylvania was founded by Quaker William Penn and was the second state to ratify the U.S. Constitution.

Delaware is believed to have been discovered by Dutchman Henry Hudson in 1609.

Connecticut is known as the “Constitution State” and is one of six New England states, where the Nipmuck, Pequot and Mohegan Indians flourished during colonial times.

Maryland, a mid-Atlantic state on the Chesapeake Bay, became a state on April 28, 1788.

Rhode Island, located in southern New England east of Connecticut, was founded by Roger Williams, who sought a safe haven from religious persecution in Massachusetts to the north.  It was first known as “Rhode Island and Providence Plantations.”

Polling stations closed at 8:00 p.m. in all five states.

As of 8:40 p.m. EDT, the Associated Press reported that Donald Trump won all five Republican primaries.  As of 9:06 p.m., Hillary Clinton was declared the winner in Pennsylvania and Maryland, with Delaware called in her favor later.

Rhode Island Democrats cast the majority of their votes for Bernie Sanders.  As of 9:31 p.m. EDT, Connecticut has not yet been called for either Democrat.

As voters went to the polls on Tuesday, Republican candidate Ted Cruz campaigned in Indiana, whose primary is May 3.  Sanders campaigned in West Virginia in advance of its May 10 primary.