HAVING DESTROYED US COAL INDUSTRY, DEMOCRATS AND ECO ALLIES ARE NOW ATTACKING ALL FOSSIL FUELS 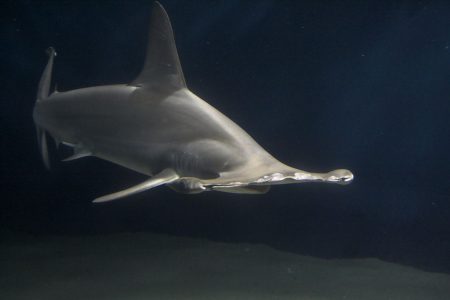 (Apr. 24, 2016) — The great white environmentalist sharks smell blood in the water. It’s gushing from mortally wounded US coal companies that the Obama EPA has gutted as sacrifices on the altar of “dangerous manmade climate change” prevention and other spurious health, ecological and planetary scares.

Peabody Energy, Arch Coal and other once vibrant coal producers have filed for Chapter 11 protection, shedding some $30 billion in shareholder value and tens of thousands of jobs in their companies and dependent industries. The bloodletting has left communities and states reeling, union pension funds and 401k plans empty, and the health, welfare, hopes and dreams of countless families dashed on the rocks.

President Obama promised to bankrupt coal companies with punitive regulations, and he kept his word.

Hydraulic fracturing did play a role. It made natural gas abundant and inexpensive, and gas-fueled power plants increasingly attractive for utilities that were forced to shutter modern coal-fired units that provided reliable, affordable power, emitted little harmful pollution, and had years of useful life remaining.

However, as economist Stephen Moore noted, coal’s demise wasn’t “a result of free market creative destruction. This was a policy strategy by the White House and green groups. They wanted this to happen.”

“This was what EPA’s Clean Power Plan rules were all about,” Moore adds. “The EPA set standards that by design were impossible to meet, and even flouted the law that says the regs should be ‘commercially achievable.’ This was a key component of the climate change fanaticism that pervades this White House.”

To this president, the EPA and the Left in general, he concludes, “the families whose lives are ruined are collateral damage to achieve their utopian dream of saving the planet.” It’s a Climate Hustle.

It is today’s equivalent of New York Times Moscow Bureau Chief and Stalin apologist Walter Duranty’s favorite line: “You can’t make an omelet without breaking a few eggs.” But after tens of millions of broken human “eggs,” where are the communist and green utopia omelets?

40,000 elderly Europeans died this past winter, because they could no longer afford adequate wintertime heat, after EU climate policies sent electricity rates “necessarily skyrocketing” more than 40% since 1997. Millions die every year in Africa from lung, intestinal and other readily preventable diseases, while President Obama tells Africans they should forego fossil fuels and rely on wind, solar and biofuel power, because “if every one of you has got a car and … a big house, well, the planet will boil over.”

Meanwhile, Mr. Obama joined Chinese, Indian and other world leaders in signing the Paris climate treaty on Earth Day, ignoring the requirement for Senate ratification. The hypocrisy and insanity are boundless.

The treaty will obligate the United States and other developed nations to slash their fossil fuel use, carbon dioxide emissions and economic growth. China, India and other developing economies are under no such requirement, unless and until it is in their interest to do so. For them, compliance is voluntary – and it should be. They simply cannot afford to eliminate fuels that supply 85% of all global energy and are their ticket out of poverty and into the world of modern health and prosperity that we enjoy, thus far.

In fact, while unaccountable EPA bureaucrats are shutting down US coal-fired generators, these countries have built over 1,000 coal-fired power plants and plan to build 2,300 more – 1,400 gigawatts of new electricity. China and India account for 1,077 GW of this total. They are also lining up for free energy technology and billions of dollars a year from developed nations for climate change “reparations.”

That is why poor countries signed the Paris treaty. It has nothing to do with preventing climate change.

But none of this has stopped the environmentalist sharks from starting a fossil fuels feeding frenzy. The bloodied American coal companies have them churning the water, chomping for more. They’ve launched a “keep it in the ground” movement, to make hydrocarbons off limits forever.

In fact, environmentalism is morphing into an anti-hydrocarbons climate movement that claims every weather event and climate blip is unprecedented, a harbinger of Armageddon – and caused by our using oil, gas and coal to power modern civilization and improve human health and living standards.

Drexel University sociologist Robert Brulle tallies 350.org and 20 other climate coalitions, comprised of 467 separate organizations, just in the USA. Funded and directed by Rockefeller and other wealthy liberal foundations, they increasingly rail against “dangerous manmade climate change” as an “existential threat” to humanity and planet.

President Obama is totally on 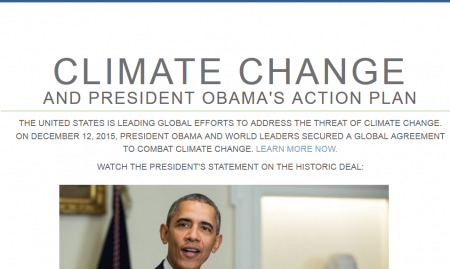 board. His policy and regulatory agenda confirms that. So are Hillary Clinton, Bernie Sanders and most of an increasingly far-Left Democrat Party.

Sanders flatly opposes all “fracking” and has introduced legislation to keep America’s abundant fossil fuels locked up in perpetuity. Clinton opposes all fossil fuel energy extraction from federal lands, wants to block fracking by imposing countless regulatory obstacles, and intends to make the United States 50% dependent on renewable energy by 2030. As president, they would achieve this by executive decree.

The consequences would be disastrous: enormous acreage, water, fertilizer, pesticides and fuel devoted to producing biofuel, millions of birds and bats butchered by wind turbines to generate electricity, millions of jobs lost, millions of families sent into fuel poverty as energy costs rocket upward. For what benefits?

The rest of the world will continue using hydrocarbons. That means, even assuming CO2 now drives Earth’s climate, ]implementing EPA’s draconian Clean Power Plan would keep average planetary temperatures from rising an undetectable 0.03 degrees Fahrenheit, and seas from rising an imperceptible 0.01 inches, by the end of the century. (Oceans have already risen 400 feet since the last nature-driven ice age ended and all those mile-high glaciers melted.)  See CFACT’s Climate Hustle movie on Monday!

The “keep it in the ground” crowd doesn’t care about this or the mounting death tolls resulting from their anti-fossil fuel policies. The typical voter or street protester probably hasn’t thought it through. But the leaders have. They’re just callously indifferent. It’s one more depressing example of “the well-intentioned but ill-informed being led around by the ill-intentioned but well-informed.”

The ruling elites don’t care. They will do well, travel often, keep their pensions and get still wealthier. Climate rules, deprivation and “sustainability” are for the Little People.

This entire system is based on the unproven bald assertion that fossil fuels are causing dangerous and unprecedented weather and climate disruption … carbon dioxide has replaced the complex natural forces that drove drive climate change in previous centuries … there is no longer any room for debate over these “facts” … and the only issue still open to discussion is what to do to avert “imminent catastrophe.”

We “skeptics” challenge these claims. We point out that Earth’s temperature, climate and weather have always changed in response to powerful natural forces, and differ little today from what they have been for the past 50-150 years. We say the problem is not climate change, but policies imposed in the name of preventing climate change. We threaten the Climate Crisis Establishment, and its money and power.

That’s why they want to shut us up and shut us down – by prosecuting us for “racketeering,” and denying us our constitutional rights to speak out about policies that affect our lives. It is a disgraceful, un-American return to Inquisition tactics and fascist book burnings.

We must all take a stand, fight back and assert our rights. Otherwise, our children face a grim future.

Paul Driessen is senior policy analyst for the Committee For A Constructive Tomorrow (www.CFACT.org and http://www.ClimateHustleMovie.com/) and author of Eco-Imperialism: Green power – Black death.

Smelling Blood in the Political Water added on Sunday, April 24, 2016

One Response to "Smelling Blood in the Political Water"