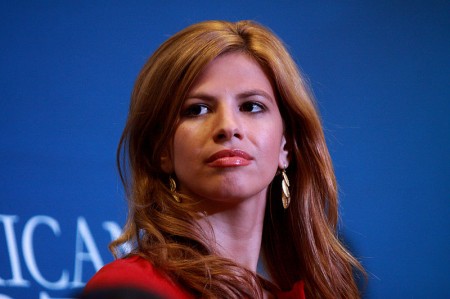 (April 15, 2016) — It was a good week for Donald Trump. He generated nationwide outrage over the tactics of the Colorado Republican Party, which canceled a “planned vote” and “sidelined” one million GOP voters. After a state convention, Colorado awarded all of their 34 delegates to Senator Ted Cruz.

Trump called foul and many Americans agreed with his complaint. It may be one reason that a new Fox News national poll shows Trump leading Cruz 45-27%, a very healthy margin heading into the New York primary. On Tuesday night, Trump should do well in his home state and extend his 200+ delegate lead over Cruz.

To build support in advance of the primary, Trump spent the week campaigning in New York and Pennsylvania, but he may have received his best news in Florida. On Thursday, Palm Beach County State Attorney David Aronberg decided not to prosecute Trump campaign manager Corey Lewandowski for battery of reporter Michelle Fields.

Police charged Lewandowski with the battery of Fields, who claimed that the Trump campaign manager yanked her arm and bruised her after a Trump event in March.

The entire case was a ridiculous joke as video showed Lewandowski barely touched Fields and did not injure her. Lewandowski was protecting his candidate after a campaign event. Fields had disregarded Secret Service instructions and placed herself right next to the candidate. According to Aronberg, Fields “made slight contact with Trump.” This was confirmed by the video footage and by Trump, yet denied by Fields.

Trump did not know Fields and neither did Lewandowski, who may have thought she was not a reporter, but someone trying to harm his candidate. Since he had no idea about who she was or her motives, he was simply doing his job as a campaign manager by moving her away from Trump. Lewandowski was helping the Secret Service protect a candidate, who has received multiple death threats in the past few months.

Evidently, the entire incident was an attempt by Fields to create attention and garner publicity. After the episode was initially reported, she resigned from Breitbart News, claiming that the website editors did not show enough support for her. Thereafter, she was given plenty of free air time by Megyn Kelly of Fox News and others in the media who hate Trump and want to publicize anything that will harm his campaign.

The problem was that there was no compelling evidence to support Fields and the battery charge. Initially, Fields claimed to have been yanked so hard that she “almost fell to the ground.” The video showed no such encounter; it was all in the very active imagination of Michelle Fields.

At the venue witnessing the alleged battery was business executive Michael Spellman who said that Fields acted as if “she was drunk.” In fact, he said, in the aftermath of the incident, her behavior was “disproportionate” and “bizarre” like she was participating in a “fraudulent slip-and-fall.”

Despite this hoax being exposed, Fields is still desperately trying to cling to her 15 minutes of fame. Her next gambit is a threat to file a defamation lawsuit against Lewandowski and Trump. The only reason for the lawsuit is to keep Fields in the news in the upcoming months.

If the lawsuit is filed, it will certainly generate plenty of media coverage; however, it will also make Fields look even more unhinged. In a CNN interview, Lewandowski claimed that the supposed confrontation only lasted “three seconds.” After hearing on social media that Fields was upset, Lewandowski called Fields, but she never returned his call.

Clearly, Fields was not interested in making peace with Lewandowski; she was interested in making this so-called incident a big story. Now that the prosecutors have dropped the case, Lewandowski, who was called a “thug” for protecting his candidate, seems like the victim of character assassination. In the CNN interview, he praised Trump for his “loyalty,” and said that “a lesser person, another politician, would have terminated me on the spot.”

The whole story may have been an attempt by Fields to boost her career or embarrass Trump. While it worked initially, in the end, she was the one who was tarnished. Lewandowski said that Fields wanted to “inject herself into making it a story.” She succeeded in that regard, but it was at the expense of her reputation as a serious and objective reporter.

Michelle Fields Dreams of Her Fifteen Minutes of Fame added on Friday, April 15, 2016