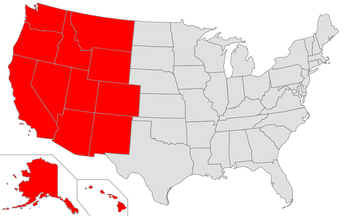 (Apr. 15, 2016) — We are continually told by the government and their shills in the media of the criminality engaged in by those with the audacity to challenge the legality of government intrusions on our liberty and freedoms. They oftentimes refer to us as “domestic terrorists.” “By what authority” could a local, elected, public official such as a Sheriff challenge unconstitutional laws has been on the lips of many candidates for those offices. Ignorance is bliss and it requires very little action.

What would the course of action by those who see government as an infallible entity and those in the judicial branch who live by precedent over our Constitution and Bill of Rights be if a federal judge were to refer to an organization as a “criminal enterprise?” If that same federal judge were to cite two members of that organization for engaging in a conspiracy to interfere with the rights of others and intimidate witnesses, would local or state law enforcement and prosecutors move immediately to indict and prosecute those so cited and accused?

What if this federal judge said: “In the present case, the [organization’s] actions over the past two decades shock the conscience of the Court?”  What if this criminal enterprise was charged with obstruction of justice and contempt of court? What if the employees of this organization were charged with conducting a “twenty-year conspiracy” depriving others of their property rights and extortion of money? What if this criminal enterprise had been repeatedly ordered to pay damages in the millions of dollars for their criminal acts but had simply refused to do so?

What if this criminal enterprise continues unabated?  What if this criminal enterprise is our own government operating through the Bureau of Land Management and the US Forest Service? The above comments and quotes were taken from the case, Estate of Wayne Hage v United States and comments concerning government criminality came from Chief US District Judge of Nevada, Robert C. Jones.

What we have, emanating from no less authority than a federal judge is a criminal indictment of the actions of the US Forest Service and the Bureau of Land Management in the state of Nevada for over 20 years. But, here, is a question that must be answered: Have the tactics declared a “conspiracy to deprive a man of his private property,” “intimidating witnesses” and actions that would “shock the conscience of a federal court” only taken place in Nevada or is the criminality systemic throughout those federal agencies regardless of the state in which they operate? To answer this question one need only look at similar acts in many western states including right here in Colorado. Do the criminal acts perpetrated on the Hage family vary in any great detail from those visited on the Wallace family here in Montezuma County, Colorado? Were these same criminal acts visited on the Bundy family in Nevada in the spring of 2014?

Were these criminal actions continued with the recent events in Oregon where LaVoy Finicum was shot dead by federal and state agents and members of the Bundy family are still in jail with no bond? What have the Bundys actually done other than challenge the unconstitutional authority of the federal government?

Now for the obvious question: Are there laws on the books in each state in which the USFS and BLM operate which make conspiring to take someone’s personal property; intimidating witnesses and obstruction of justice an illegal act? If Joe Citizen were to engage in activities that would shock the conscience of a federal court and judge would they not be facing criminal indictments and jail time? If so, then why haven’t state and county officials moved to indict and arrest these criminals or have we devolved politically in this country to the point that, like in Nazi Germany and the old Soviet Union, members of the party are “above the law?” There are many in local and state government who claim they have no authority or jurisdiction in such matters. How could that be if there are criminal statutes on the book prohibiting such actions by anyone, including federal employees?

Obviously, the authorization for employees of the USFS and BLM to conduct themselves in such criminal behavior must originate with the upper management of those agencies, especially considering it has been condoned for decades and no employee has received any discipline or termination. I can assure you the decision not to pay the Hage estate the monies awarded by a federal court was not made at the local or state levels. Nor was the decision to charge the Hammonds in Oregon on completely specious charges.

The next question that must be asked is: considering the overwhelming condemnation of the acts of the USFS and BLM in Nevada by a federal judge in the Hage case, why has no action been taken by members of congress to bring these outrages to a stop? What would happen if members of the House of Representatives, using the powers of our Constitution, simply voted to defund all rogue government agencies and replace those in authority? Do we believe for a moment these cowards operating behind the authority of the federal government as they go about their “criminal enterprise” would continue their criminality if the paychecks stopped rolling in? Is this not an indictment of our federal government when the facts are clear our tax dollars are going to fund this criminal enterprise? If members of congress refuse to take the appropriate action, are they not “co-conspirators” in these crimes and themselves obstructing justice?

Donning my tinfoil hat, I am compelled to ask another question: Are these criminal actions by the USFS and BLM, operating with a wink and a nod from our congress, simply a continuing effort to “collateralize” our national debt to protect the international banking interests and their loans which allow our government to continue unabated with this madness?

In 1987, right here in Colorado at Estes Park, a large group of environmentalists, members of the world banking cartel and United Nations bureaucrats, including then Secretary of the Treasury James Baker, who gave the keynote address, Chase Manhattan’s David Rockefeller, Edmund de Rothschild of the Bank of London and investment counselor George Hunt who served as official host, met and eventually formed the World Conservancy Bank.

While the environmentalists in attendance were being hypnotized and mentally intoxicated with promises of protecting the Rain Forests and fixing the Ozone, the bankers went to work to seize land and water in the Western States. Quotes from their speeches and correspondence are most revealing.

“Title to the lands will go to the World Wilderness Land Inventory Trust. This Trust will float into the World Conservation Bank by the unanimous decree of the world’s people, saying, God bless you for saving our reindeer. Those people at the congress were ignorant. They don’t suspect anything. They’re very naïve. Not stupid, ignorant. I’m talking about the 90% that were not the world banking heavyweights.”  ~George Hunt

“No longer will the World Bank carry this debt unsecured. The only assets we have to collateralize are federal lands and national parks.” ~James Baker

There it is—in their words—not mine. Federal Judge Robert C. Jones made the indictments and ferreted out the real conspirators. Do I still need my tinfoil hat?

The intrusions on our private property by those operating under the color of law and authority would soon end if those in local and state government would follow their sacred oaths to our Constitutions and arrest and indict these “federal sheriffs” Patrick Henry warned us about in the Virginia Ratification Convention of 1788. But such actions would require the support of an ignorant but thoroughly entertained populace I sometimes refer to as the species, Ignoramus Americanus.

A word to the wise: DON’T HOLD YOUR BREATH.