(Apr. 13, 2016) — “Some wear the color of the sky in the winter
Some were as blue as the night
They came like a storm with the light of the morn
And they fell through the whole day and night
Colors flew high and they danced in the sky
As I watched them come over the hill
Then to my wonder, sticks that made thunder
Such a great number lay still” ~ Sticks That Made Thunder, The Steeldrivers

In late June of 1863, the 800 plus North Carolinians who made up the 26th North Carolina Infantry Regiment began their long march from the vicinity of Fredricksburg, Virginia to near Gettysburg, Pennsylvania. The 26th NC was made up of primarily hardscrabble farm boys from Central and Western North Carolina. A great many of these men were under the age of 25. Among them were two of my ancestors.*

Records indicate the Colonel of the 26th, Harry Burgwyn Jr., was a slave owner. While we may look at that as being racist in today’s world, in 1861, in all of America, it was perfectly legal and in June of 1863, according to Abraham Lincoln’s recently issued Emancipation Proclamation, slavery was legal in every Northern state, all of the Border states and any area in the South under control of the Union Army. Slavery in any area under dominion and control of Abraham Lincoln and the US government was legal. How is it that none of the flags presented or displayed by the Union Army are considered racist today?

Slave owners within the ranks of the 26th NC Infantry Regiment were as rare as common sense in a meeting of Cultural Marxists. Not too hard to fathom considering over 94% of people in the South did not own a single slave. Yet, census records in 1860 show about 3,500 free blacks owned slaves in the South.

Families, though, were well represented throughout the 26th NC. Sometimes as many as 8 brothers had joined the various companies throughout the regiment; in “F” Company there were three sets of twins.

It should be of special note that upon departure from Virginia, within the 26th NC IR, over 150 of the men in the ranks were barefooted. A veteran of the march from Virginia to Pennsylvania would write, “Thousands were as ragged as they could be, some with the bottom of their pants in long frazzles, others with their knees sticking out, others out at their elbows, and their hair sticking through holes in their hats…” Farmers from the area these men called home could not afford replacement clothes and shoes, much less slaves. One of their officers wrote home of these men, “These men were patriots; they loved their country; they loved liberty… They were quick to see, quick to understand, quick to act…”

To a student of history, the character and dedication of these young men appear eerily similar to those who secured our freedom from King George III. As a matter of fact, they were most proud of the name “Rebel,” for that was the sobriquet Major John Pitcairn of the Royal Marines had called out to those farmers and shopkeepers assembled on the Green in Lexington, Massachusetts on April 19, 1775. “Disperse ye Rebels, ye villains disperse. Why don’t ye lay down your arms?”

When the 26th North Carolina started their long trek to Gettysburg they did so with torn and tattered clothing and many with no shoes, but, they began their journey with a new battle flag. From Raleigh to New Bern to Malvern Hill, the 26th had displayed the First Flag of the Confederacy, known to many as the “Stars and Bars.” The Stars and Bars’ similarity to the Stars and Stripes of the Union army had led to confusion on several occasions, especially when viewed by field commanders from afar. Therefore, in June of 1863, the 26th North Carolina left Virginia with what before had been the Confederate Naval Jack, better known as the St. Andrews Cross.

On the first of July in 1863, the 26th NC went into battle near Gettysburg, Pennsylvania on what was called McPherson’s Ridge in Herbst’s Woods by local residents. This area was just to the south of Chambersburg Pike. The 26th NC was opposed by parts of the Union Army’s Iron Brigade made up of the 24th Michigan, the 7th Wisconsin, and 19th Indiana. The 26th NC drove the Iron Brigade from the field and into the streets of Gettysburg where the soldiers hid in cellars of local homes and even tried to surrender to each other. Yet, in that one-half hour, the North Carolina boys suffered horrendous casualties. Colonel Harry Burgwyn Jr (20 years old) was mortally wounded and would die that evening. Second in command, Lieutenant Colonel John Lane was seriously wounded and near death. Of the 800 members of the 26th who entered the battle, 588 had been killed or wounded.

The regiment’s 10 companies had been led by nine captains. Three of the nine survived that first day’s battle. Sixteen lieutenants were dead or wounded. “E” and “F” companies who were on the flanks of the color guard were almost completely decimated. Of the eighty-two men who began the battle with Company E, only 12 remained uninjured. Of the ninety-one men from Company F, ninety had been killed or wounded, including five of the six twin brothers mentioned earlier.

On several occasions during the battle, the opposing forces had been just yards apart. During the one-half hour charge up the hill, fourteen different men, including Colonel Burgwyn and Lieutenant Colonel Lane, had gone down while carrying the Confederate Battle Flag (the colors) Carrying the colors was an especially dangerous position as it became the focal point for enemy fire. Thus the decimation of the two companies (E and F) who were on either side of the colors. General Pettigrew would state these men, along with the rest of the 26th NC, had “covered themselves with glory.”

The 26th NC rested and regrouped on the second of July and listened to the regimental band play songs such as The Bonnie Blue Flag, The Old North State, and Dixie. The 26th would go into battle again on the third of July. They made up part of the heroic charge across that open field in what history has called “Pickett’s Charge.” They would take their place in front of the line. During that charge from Seminary to Cemetery Ridge, 8 more brave men of the 26th NC would be killed or wounded while carrying the Southern Cross.

Of the two hundred sixteen men of the 26th NC who participated in the battle on the third of July, only eighty-four survived. All told, the 26th North Carolina Infantry Regiment suffered the greatest losses of any unit on either side during the war.

Little did these extraordinarily brave and courageous men know that 150 years later, worthless pieces of humanity who do nothing but breathe up good oxygen and lack the courage one of these brave men had in the tip of his finger, would refer to them and those of their posterity who honor such courage, devotion, and commitment, as “racists.”

Those who have fallen mentally ill and cowardly while absorbing the deadly virus of political correctness, white guilt, and Cultural Marxism are unworthy of being mentioned in the same breath as any of these heroes. Their letters home spoke of defending their country from the “Yankee invader” and defending freedom and liberty. They gave the ultimate sacrifice on the field of honor.

The overwhelming majority of these young men owned no slaves and their absence placed terrible burdens on their families. Theirs was a battle for home, family and fireside, and the right of “consent of the governed” as was stated in our Declaration of Independence.

Abject cowards despise the virtue of bravery in others. Those who have no honor or commitment to purpose abhor those who do. The men of the 26th North Carolina Infantry Regiment had courage, honor and commitment in abundance. They died or were seriously injured carrying the Confederate Battle Flag into battle. That flag is representative of the character of the men who died on the field of honor in valiant pursuit of that which they believe to be right and true. That flag also represents those who hold such honor, bravery and dedication in the highest regard and cherish the memory of the men who left home and family behind in the pursuit of freedom from invasion, oppression and tyranny.

The Confederate Battle flag has flown where the idea of resistance to tyranny is paramount to the consideration for one’s personal safety and well-being. The “Southern Cross,” as it is often called, was seen in WWII, on the Berlin Wall before it fell and in Tiananmen Square in Bejing during the protests in 1989. 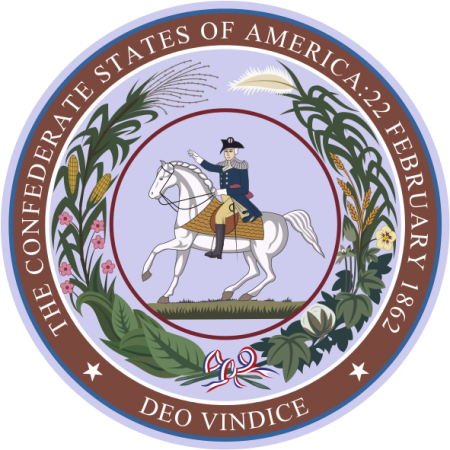 When the Standards Committee of the Confederate Congress decided on the design of the Cross of St. Andrew for the Confederate Battle Flag, the following explanation was sent to Samuel Barrett of Georgia.

“The flag should be a token of humble acknowledgment of God and be a public testimony to the world that our trust is in the Lord our God.”

If you are a coward, an advocate of political correctness, a Cultural Marxist, a person who lacks a commitment to moral standards or simply a member of the institutionalized ignorant segment of American society, the Confederate Battle Flag—The Southern Cross is not your flag. Leave the presentation and possession of this flag to those who possess a portion of the character, courage, commitment to freedom and honor of the men of the 26th North Carolina Infantry Regiment and tens of thousands of other brave Southern men who marched under that banner, and those of us who cherish their memory.

Those who hate this flag and seek to ban it do so because in their hearts and minds they know they will never, ever, be equal to the challenges of those who fought and died for it. IT IS NOT YOUR FLAG! LEAVE IT ALONE!

*Sgt. Joel Gaddy was a member of Company K of the 26th North Carolina Infantry Regiment and surrendered with that unit at Appomattox Court House in April of 1865. Sgt. Gaddy was wounded on July 1, 1863, at Gettysburg.

*Pvt. Elijah Gaddy was also a member of Company K of the 26th North Carolina and was also wounded on July 1, 1863, at Gettysburg.

One Response to "It’s Not Your Flag!"