Mental Health Redefinition and Slaughter of Rights Under Obama 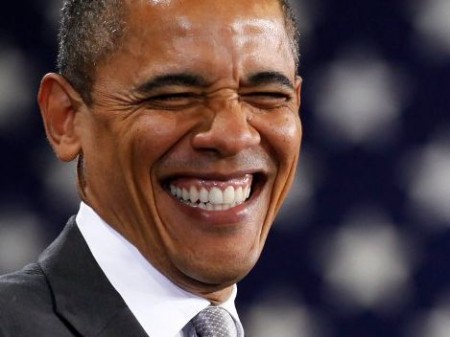 (Apr. 13, 2016) — Just a few years back we saw Obama and his team expand and rewrite the definitions of mental illness and throw out the confidentiality and long held assumption of safety between the client and therapist, or patient and Doctor.  Health industry professionals were all pressured to ask ‘gun usage’ questions and report these findings to the federal authorities.  These set up questions were without context and completely unethical, but Obama didn’t care.

Obama has attempted for years now, to threaten and enslave the mental and physical health industry – putting it completely under him. This kind of manipulation and total violation of a patient and client’s right to privacy is supposed to occur without the client demonstrating any threat of violence and without any criminal record.  The ongoing goal is to simply swipe guns, rights and freedoms, especially from those who disagree with Obama.

Obama and Michelle have pushed hard for years to have backdoor gun control.  They use Mental Health Evaluations as their puppet show from hell has continued to destroy more and more of our health industry.

Now, the ‘Mental Health games’ are not only to be distorted and expanded to capture gun rights from innocent Americans and breach Confidentiality, but now they are swooping in on free speech. Anyone who dares to challenge or stand up against Obama is in the punishment – attack – and arrest viewfinder.

Now it appears Obama is going after anti – Obama Facebook Posts and now arresting vets and others who dare to challenge or disagree with Obama.  Anthony Martin explains in his article the latest mental health label set on ‘total distortion mode’ going after Vets.

“Denotes that the person exhibits ‘symptoms’ such as the questioning of authority, the refusal to follow directions, stubbornness, the unwillingness to go along with the crowd, and the practice of disobeying or ignoring orders.  Persons may also receive such a label if they are considered free thinkers, nonconformists, or individuals who are suspicious of large, centralized government…At one time the accepted protocol among mental health professionals was to reserve the diagnosis of oppositional defiance disorder for children or adolescents who exhibited uncontrollable defiance toward their parents and teachers.”

I would dare say as a Ph.D. in Counseling that the above definition of ODD describes well over half the country right now including Presidential contender Donald Trump.  It is now disorder and dangerous mental illness worthy of arrest if we happen to tell the truth and notice the man behind the iron curtain doing all manner of evil while pretending to be the wizard.  Well, most of America is starting to get it.  We are noticing even with the massive media lies and establishment plays the voter fraud and threats from the GOP for a contested convention.  Speaking of mental disorder issues, what was with Colorado deciding they won’t even let their citizens vote in the primaries?  Then all the really ‘mental’ speeches by huge radio and TV personalities, condoning the stealing of delegates and robbing the voters.

Everyone is coming out of the closet this primary season while frail Obama appears the most mentally ill of us all.  Apparently, his ‘Narcissistic skin’ just can’t take any more criticism for stampeding our Constitution, laws, Judeo-Christian values, destroying and infiltrating our health care system and freedoms.

Shut up and take it.  Be good little slaves.  Don’t argue, challenge or say ouch when you step on the broken glass Obama and his minions continue to throw in front of you.

I hear the sound of the perfect storm coming, aimed at all sellouts and establishment that continue to flip off the American people, our Constitution and God.  I believe, with our prayers, support and help, this kicking and cleansing storm will be led by Donald Trump.  Now is not the time to run away, be afraid or quiet.  Make noise and get messy with it.

Mental Health Redefinition and Slaughter of Rights Under Obama added on Wednesday, April 13, 2016