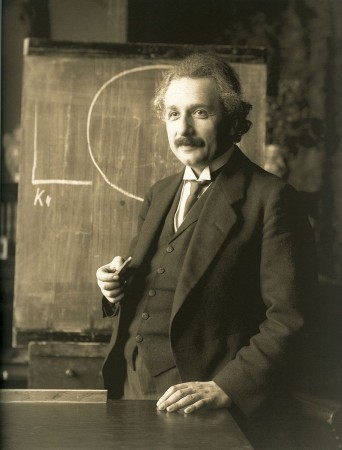 (Apr. 10, 2016) — By now, virtually everyone has heard that “97% of scientists agree:  Climate change is real, manmade and dangerous.” Even if you weren’t one of his 31 million followers who received this tweet from President Obama, you most assuredly have seen it repeated everywhere as scientific fact.

The correct representation is “yes,” “some,” and “no.” Yes, climate change is real. There has never been a period in Earth’s history when the climate has not changed somewhere, in one way or another.

People can and do have some influence on our climate. For example, downtown areas are warmer than the surrounding countryside, and large-scale human development can affect air and moisture flow. But humans are by no means the only source of climate change. The Pleistocene ice ages, Little Ice Age and monster hurricanes throughout history underscore our trivial influence compared to natural forces.

As for climate change being dangerous, this is pure hype based on little fact. Mile-high rivers of ice burying half of North America and Europe were disastrous for everything in their path, as they would be today. Likewise for the plummeting global temperatures that accompanied them. An era of more frequent and intense hurricanes would also be calamitous; but actual weather records do not show this.

It would be far more deadly to implement restrictive energy policies that condemn billions to continued life without affordable electricity – or to lower living standards in developed countries – in a vain attempt to control the world’s climate. In much of Europe, electricity prices have risen 50% or more over the past decade, leaving many unable to afford proper wintertime heat, and causing thousands to die.

Moreover, consensus and votes have no place in science. History is littered with theories that were long denied by “consensus” science and politics: plate tectonics, germ theory of disease, a geocentric universe. They all underscore how wrong consensus can be.

Science is driven by facts, evidence and observations – not by consensus, especially when it is asserted by deceitful or tyrannical advocates. As Einstein said, “A single experiment can prove me wrong.”

During this election season, Americans are buffeted by polls suggesting which candidate might become each party’s nominee or win the general election. Obviously, only the November “poll” counts.

Similarly, several “polls” have attempted to quantify the supposed climate change consensus, often by using simplistic bait-and-switch tactics. “Do you believe in climate change?” they may ask.

Answering yes, as I would, places you in the President’s 97% consensus and, by illogical extension, implies you agree it is caused by humans and will be dangerous. Of course, that serves their political goal of gaining more control over energy use.

The 97% statistic has specific origins. Naomi Oreskes is a Harvard professor and author of Merchants of Doubt, which claims those who disagree with the supposed consensus are paid by Big Oil to obscure the truth. In 2004, she claimed to have examined the abstracts of 928 scientific papers and found a 100% consensus with the claim that the “Earth’s climate is being affected by human activities.”

Of course, this is probably true, as it is unlikely that any competent scientist would say humans have no impact on climate. However, she then played the bait-and-switch game to perfection – asserting that this meant “most of the observed warming of the last 50 years is likely to have been due to the increase in greenhouse gas concentrations.”

However, one dissenter is enough to discredit the entire study, and what journalist would believe any claim of 100% agreement? In addition, anecdotal evidence suggested that 97% was a better figure. So 97% it was.

Then in 2010, William Anderegg and colleagues concluded that “97–98% of the climate researchers most actively publishing in the field support … [the view that] … anthropogenic greenhouse gases have been responsible for most of the unequivocal warming of the Earth’s average global temperature” over a recent but unspecified time period. (Emphasis in original.)

To make this extreme assertion, Anderegg et al. compiled a database of 908 climate researchers who published frequently on climate topics, and identified those who had “signed statements strongly dissenting from the views” of the UN’s Intergovernmental Panel on Climate Change. The 97–98% figure is achieved by counting those who had not signed such statements.

Silence, in Anderegg’s view, meant those scientists agreed with the extreme view that most warming was due to humans. However, nothing in their papers suggests that all those researchers believed humans had caused most of the planetary warming, or that it was dangerous.

The most recent 97% claim was posited by John Cook and colleagues in 2013. They evaluated abstracts from nearly 12,000 articles published over a 21-year period and sorted them into seven categories, ranging from “explicit, quantified endorsement” to “explicit, quantified rejection” of their alleged consensus: that recent warming was caused by human activity, not by natural variability. They concluded that “97.1% endorsed the consensus position.”

However, two-thirds of all those abstracts took no position on anthropogenic climate change. Of the remaining abstracts (not the papers or scientists), Cook and colleagues asserted that 97.1% endorsed their hypothesis that humans are the sole cause of recent global warming.

Again, the bait-and-switch was on full display. Any assertion that humans play a role was interpreted as meaning humans are the sole cause. But many of those scientists subsequently said publicly that Cook and colleagues had misclassified their papers – and Cook never tried to assess whether any of the scientists who wrote the papers actually thought the observed climate changes were dangerous.

My own colleagues and I did investigate their analysis more closely. We found that only 41 abstracts of the 11,944 papers Cook and colleagues reviewed – a whopping 0.3% – actually endorsed their supposed consensus. It turns out they had decided that any paper which did not provide an explicit, quantified rejection of their supposed consensus was in agreement with the consensus. Moreover, this decision was based solely on Cook and colleagues’ interpretation of just the abstracts, and not the articles themselves.  In other words, the entire exercise was a clever sleight-of-hand trick.

What is the real figure? We may never know. Scientists who disagree with the supposed consensus – that climate change is manmade and dangerous – find themselves under constant attack.

Harassment by Greenpeace and other environmental pressure groups, the media, federal and state government officials, and even universities toward their employees (myself included) makes it difficult for many scientists to express honest opinions. Recent reports about Senator Whitehouse and Attorney-General Lynch using RICO laws to intimidate climate “deniers” further obscure meaningful discussion.

Numerous government employees have told me privately that they do not agree with the supposed consensus position – but cannot speak out for fear of losing their jobs. And just last week, a George Mason University survey found that nearly one-third of American Meteorological Society members were willing to admit that at least half of the climate change we have seen can be attributed to natural variability.

Climate change alarmism has become a $1.5-trillion-a-year industry – which guarantees it is far safer and more fashionable to pretend a 97% consensus exists, than to embrace honesty and have one’s global warming or renewable energy funding go dry.

The real danger is not climate change – it is energy policies imposed in the name of climate change. It’s time to consider something else Einstein said: “The important thing is not to stop questioning.” And then go see the important new documentary film, The Climate Hustle, coming soon to a theater near you.

David R. Legates, PhD, CCM, is a Professor of Climatology at the University of Delaware in Newark, Delaware.