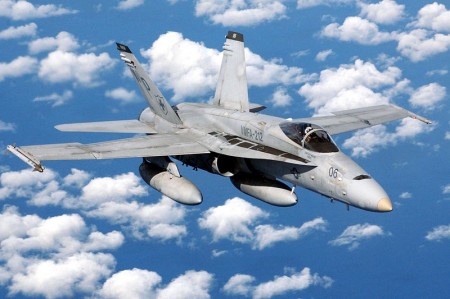 As I read the United States Constitution, that singular act constitutes TREASON under Article III, Section 3.

1. An overt act was committed; weapons were transferred, as were monies.

2. The Muslim Brotherhood is by every measure an enemy of the United States, as much so as ISIS or ISIL, or the Shia ministers of Iran.

3. The act was published in the news media of the United States.

4. The act was published on this site: http://www.israelnationalnews.com/News/News.aspx/163047#.VsesrZsUWAI

“Egypt’s unstable Muslim Brotherhood regime, voted into power on an anti-US and anti-Israel platform, is to receive 20 F-16 fighter jets.”

As a citizen and as a retired United States Military Officer, I DEMAND that these over-compensated, less-than-Patriotic traitorous idiots, along with the Idiot-in chief, Barry Soetoro-Obama, Hillary Rodham Clinton, John Kerry, Valerie Jarrett and Huma Abedin be indicted, tried, and prayerfully convicted of Treason. If the members of the Judiciary have any courage and intestinal fortitude, they should be able to convince the jury that Death by Hanging is the only suitable punishment for such a horrendous crime.

I rest my case; this constitutes treason of the worst kind imaginable! 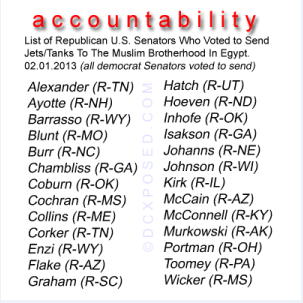