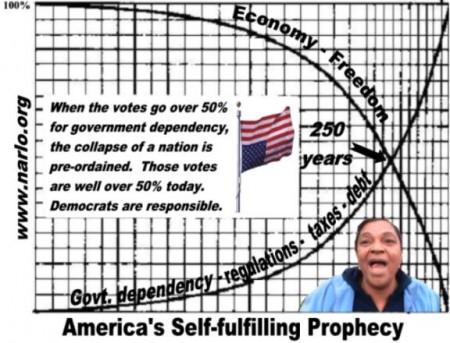 (Jan. 31, 2016) — “There is only one social system that reflects the sovereignty of the individual, the free market, capitalist system.”  William E. Simon, Treasury Secretary.

Over 34 years ago, in October of 1981 William E. Simon, Secretary of the Treasury, said this at the start of the Reagan reformation.  “In the first 10 months in office, President Reagan has made great strides toward restoring America’s economic vitality.  Major cuts in federal spending, substantial tax reductions and long overdue business deregulation have been achieved against great odds. But much more remains to be done – and can only be done with the full support of the American people.”

In Simon’s short book, “A Time For Action”, (ISBN: 0-425-05732-1 1980) he describes what the liberal progressive policies have done to the country over the last several decades.  He derides the exploding debt, the lack of capital for business expansion and rising taxes and regulations.  If only Mr. Simon could see where we are today.  Unfortunately, there is no Reagan around, or the support of the American people, to “fix” it.  The masses have gone daft and for all we know, they always were.

The Congressional Budget Office (CBO) just released its fiscal predictions for 2016 to 2026.  The report is dismal if not apocryphal.  Now the CBO hasn’t been the best predictor of future trends.  But if they are even half right, America, without intervention of some kind, is doomed as a sovereign nation.  That statement is so important, we are going to repeat it:

“America, without intervention of some kind, is doomed as a sovereign nation.”

Even 34 years ago, William Simon predicted what would happen if America stayed on the same course.  Reagan came along and blunted the growth in federal spending, jump-started the economy and reduced taxes and regulations.  The results of his efforts were seen in the economy for at least the next 15 years.  Even President Clinton finally gave in to reforming the welfare system and that helped some.

But along came Obama, a liberal, progressive, socialist who unilaterally removed the work requirement in the Welfare laws, re-igniting the Welfare Queens and Kings of years past.  Then, with the help of a Democrat-controlled Congress, he passed money-sucking, freedom-robbing ObamaCare, without a single Republican vote.  There was no reaching across the aisle for Obama.

Here is the simple truth for those who have difficulty understanding the Progressive mentality that has led America to the precipice of national bankruptcy.  Progressives, liberals, Democrats, or socialists, whatever you want to call them, 100 years or more ago, knew that if they could use the public treasury to buy votes, or pass laws to pander to different constituency groups, they could remain in power forever.  They did not and do not care that their plans would grow exponentially due to human weakness and that entitlements used to buy votes were and are unsustainable.  They did not and do not care that those plans have sent America on a path from which it cannot recover because of the very human weakness of the masses that fell into the Democrat trap of government dependency ….. in exchange for their votes.  The Democrats purposely exploited that human weakness for their own gain, all the while promoting that they were the compassionate ones.

Hungry, totally dependent chicks in the nest, with their beaks wide open, will continue to scream to be fed by their feathered mother.  Dependent humans, with their hands outstretched, will scream at the top of their lungs if someone tries to take away their government subsistence, whether earned or not.  America is doomed by the welfare queens’ and kings’ vote and those dependent on government.

If the Republicans pounded the current, dire predictions of the CBO message every day for the next year on every TV and radio channel, those living off the backs of the taxpayer wouldn’t care and they would vote out anyone who proposed cutting, or passed legislation to cut entitlements.   This is illuminated very well with the rise of Bernie Sanders, a socialist, who wants to increase entitlements exponentially while drowning American businesses and the middle class in massive tax increases.  The difference between a Bernie Sanders socialist and the rest of the Democrat crowd is a hair’s breadth.

The Democrats purposely set up the “GIMEE” generations over the last 80 years or more using Progressive policies, from the New Deal and Social Security, on to President Johnson’s War on Poverty, to Medicaid, Medicare and now ObamaCare.  For the “CBO prediction of financial doom” message to have any widespread effect, the Democrats would have to align themselves with Republicans.  Since Democrats are addicted to power (they have had it for so long), they are never going to join the Republicans for the good of the country.

The Progressive, collective mindset is so embedded in government institutions and the body politic, it will take several generations to change that mindset, if at all.  This mindset is so pervasive it is said that there are 10 liberal professors for every one conservative professor in our colleges.  Teachers in our public schools probably follow the same pattern since they are taught in our liberal colleges, teachers from whom our kids learn.

But that’s not all.  This liberal mindset gives greater priority to the collective than it does to the individual, thanks to endless Progressive propaganda.  In contrast, America was founded on individual, unalienable rights.  It was not founded on the collective.  The collective is only found in the writings of Karl Marx and in the freedom-robbing policies of socialism and communism.

In fact, it is even worse than this.  The Republicans, in order to remain a viable political party, have been moving left to join the Democrats since the days of FDR.  Smaller government, individual freedom, capitalism, free markets, fewer taxes and regulations are only campaign slogans for the Republican Party.  Even when Republicans control Congress they constantly side with Progressive policies like social justice and radical environmentalism, along with budget deals to fund those policies.  A Republican-controlled Congress just passed an Omnibus Spending Bill that must have sent Obama into fits of euphoria.  Many Republicans will side and have sided with Democrats to continue increasing CO2 emission limits to “feed” the insanity of Climate Change, alias man-caused global warming.  Republicans and the Democrats don’t seem to care about the cost to the economy or even that their efforts to reduce CO2 emissions WILL NOT have any effect whatsoever on the climate.

Republicans will do nothing, while they control Congress, to rein in government agencies, like the EPA, the Bureau of Land Management, the U.S. Fish and Wildlife Agency and the Forest Service, from those agencies running roughshod over private landowners and ignoring long-settled law of allotments in furtherance of the government’s aggressive policy to shove radical environmentalism down the throats of those same landowners.  As a result, a war is brewing in the West.  (See: “The Makings of An American West Rebellion.”)

But one of the more serious aspects of the entitlement mentality was the stripping away of the individual’s self-worth, personal pride, and incentive to be a productive, proud human being.  Now they are just “birds” in a nest, with their “beaks” wide open, crowing to the government for their dinner on the backs of the taxpayer.  If these “birds” couldn’t vote, America wouldn’t be going broke today.  The Progressive policy of irrational compassion has severely weakened the human fabric of America.

Unfortunately, ladies and gentlemen, there is no Reagan on our horizon, and it remains to be seen whether the current gaggle of Republican presidential candidates can do what Reagan did, that is, if a Republican president can even be elected.   And even if a Republican is elected president and the Congress remains in Republican control, if they try to rein in entitlements to save America from going bankrupt, they will be thrown out of office at the next election.

The only thing that will change the course we are on is an economic collapse, or a revolution, or the Democrat Party finally seeing the light for the good of the country, or all the welfare Queens and Kings die off all at once, along with their offspring ….. bringing the obliteration of their votes.

Since none of that will happen, the only other event that will change it is when “a critical mass of dedicated American citizens finally decide to resist government tyranny by acts of civil disobedience on a grand scale, punctuated by the threat of force if necessary.”  The recent event at the Malheur Nature Preserve in Southeastern Oregon is a very small example of that civil disobedience.  We discussed this civil disobedience in a recent article entitled, “There is Only One Solution, Force Government’s Hand!”  The Bundy militia is doing just that, in the true spirit of American civil disobedience.

But the peaceful protest style of civil disobedience seldom works.  Several times a million men and women have descended on Washington, DC to seek redress of grievances, but nothing has changed.  Protests, even million-man marches, do not have the power to undo the corrupt system that has grown unchecked, in federal, state and local governments.

Because there have been so many years of government dependency, starting with the days of FDR during the Great Depression, a depression precipitated by the Federal Reserve, the votes to preserve, maintain and defend government dependency far exceed the votes to preserve, maintain and defend the Constitution of the United States, as envisioned by the Founding Fathers.  For this reason “The collapse of America is a self-fulfilling prophecy.”  In simple terms, you can’t stop an avalanche.

For those not familiar with the phrase ….. “a self-fulfilling prophecy is a prediction that directly or indirectly causes itself to become true, by the very terms of the prophecy itself, due to positive feedback between belief and behavior.”

Therefore, we predict that by the year 2038, 250 years after the ink started drying on the ratified U.S. Constitution in 1788, the economic collapse of America will be complete.  At that point America will either be merged into the one-world-order, or become a third-world banana republic, or a dictatorship, or an absolute democrat monarchy ….. unless a critical mass of dedicated American citizens finally decide to resist government tyranny by acts of civil disobedience on a grand scale, punctuated by the threat of force if necessary.  Bullies will always be in charge unless confronted by a greater force.  A critical mass of dedicated Americans is that greater force.

America’s Collapse is a Self-Fulfilling Prophecy – UNLESS! added on Sunday, January 31, 2016