(Jan. 26, 2016) — An endorsed and elected Combat Veteran For Congress, Congressman Steve Russell, LTC-USA (Ret) (RANGER) (R-OK-5), contacted the Secretary of the Army in September 2015 and requested the Ranger School records for the first two female graduates, Captain Kristen Griest and First Lieutenant Shaye Haver.  Cong. Russell’s concerns had to do with the recent Obama initiative to force-feed women into tip-of-the-spear combat units regardless of how it will affect the “Combat Effectiveness” of Special Forces, Rangers, SEALs, the Delta Force, Green Berets, and Marine Corps Infantry Units.  The Obama agenda for the US Armed Forces for the last seven years has been destructive.  The policy of force-feeding physically unqualified women into Special Operations units, even if it means negatively affecting the “Combat Effectiveness” of the US Armed Forces and the National Security of the Republic, is now being driven under the leadership of Obama’s Secretary of Defense, Ashton Carter, and his civilian appointees at DOD.

Cong. Russell, a Ranger School graduate, served for 21 years in the US Army. He was elected to Congress in 2014. He led the 1st  Battalion, 22nd Infantry Regiment during its deployment in Tikrit, Iraq; the unit he commanded captured Saddam Hussein.  He is the recipient of the Legion of Merit, the Bronze Star Medal (with Combat “V” and Oak Leaf Cluster), Meritorious Service Medal (with Silver Oak Leaf for six awards), the Joint Services Commendation Medal, the Army Commendation Medal (2 Oak Leaves for three awards), the Army Achievement Medal (3 Oak Leaves for four awards), the Joint Meritorious Unit Award, the Valorous Unit Award (Army), the Army Superior Unit Award, the NATO Medal, Combat Infantry Badge, Ranger Tab, Parachutist Badge, the Korean Parachutist Badge, and numerous Service and Campaign Medals.

Cong. Russell asked the US Army for the training records for the two female officers who were the first two women who qualified as Rangers.  The former Secretary of the Army, John McHugh, stalled Cong. Russell for nine days and then asked for an extension to obtain documents that should have been readily available. The Army waited another two weeks to tell Russell that the documents had been shredded.  The Army still refuses to tell anyone what the school’s policy is for the storage and destruction of Ranger School records. Weak-kneed Army General Officers, promoted in Obama’s “Political Correct” US Armed Forces,  are refusing to provide Congressman Russell with the Ranger School training records.

The Army now refuses to send Rep. Russell the so-called “Green Cards” for the two mew female Rangers. The Green Cards are basically a report card of how any Ranger School graduate performed. In a practice dating back to 1952, the Airborne and Ranger Training Brigade keeps a Ranger student’s Green Card, which verifies their attempt or successful completion of the course.  In the below-listed article, there is detailed information about the Army’s rope-a-dope.

In a late October interview with “The Oklahoman,” Cong. Russell was asked, “Have you gotten the records that you sought from the US Army?” Cong. Russell said, “Not from the Army. I’ve gotten nothing from them. In the second letter I got (last week) the Army said they can’t provide the records just yet and they reasserted the fact that the bulk of what I requested had been shredded and they were disappointed that I would suggest that they were up to nefarious activities.”

Over the last seven years, “EVERY” Obama administration’s initiative affecting the US military has been very destructive, especially Obama’s inept and very dangerous Rules Of Engagement that have “increased” military combat personnel Killed In Action (KIA) by 458%/year.  The Social Experiment On Diversity which has been force-fed and driven into the US Armed Forces has “INTENTIONALLY” weakened the resolve of the US Armed Forces; it has damaged the US military’s unit cohesiveness, morale, and “Combat Effectiveness.”

One of America’s greatest legendary combat heroes, Maj. General Patrick Brady, USA (Ret) (Medal Of Honor), recently stated in an interview, “Obama loathes the military.  His goal is to reduce the military to impotence,” Maj. Gen. Brady said. “That is the way, during his reign, which, thank God, is almost over, he could point to an emasculated military and say he didn’t have the capability to [do] anything about it.  If it came to a confrontation, I don’t think he would fight.”   Maj. Gen. Brady suggested most women are simply less capable of meeting such physical demands on the ground in a violent front line combat situation. He also told WND he heard from “several sources” the women who recently graduated from Army Ranger School “had a lot of help.” As reported in September, high-ranking officials in the Army “planned in advance” to make the results of the Ranger training program specifically designed to prove women could meet the physical standards that all Ranger graduates must complete to be qualified.

In a recent WND Exclusive article that can be read by clicking on the below-listed link, Maj. Gen. Brady explains how Obama has been intentionally destroying the strength and the “Combat Effectiveness” of the US Armed Forces by employing the “Political Correctness” policy to remove Flag and General Officers who disagree with his dangerous “Social Experiment On Diversity” that has been weakening the US Armed Forces.  “Political Correctness is endangering American security, creating a weaker, less versatile force,” he said. “It violates every tenet of common sense to put women in foxholes. Not to mention everything it does to morale, camaraderie and bonding. It will certainly cause divisiveness.”  Brady explained Obama “changed the ethos of the military” by lowering standards and moral values. He specifically identified the removal of the bans on open homosexuality and women in combat positions as destructive. “It’s gone from a masculine-oriented outfit to a girly man kind of an outfit,” Brady said.  Last year it was reported that 11,000 straight male members of the US Armed Forces were sexually assaulted by the gays to which the military was opened.

Read the latest now on WND.com. 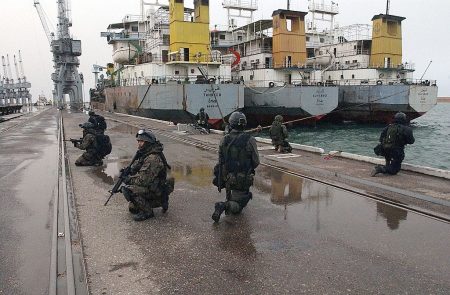 Male Special Operators responding to a Rand survey denounced the plan to open all combat billets to women. The 2014 survey reflects the opinions of more than 7,600 respondents who indicated that allowing women to serve in Special Forces units would lower the units’ “Combat Effectiveness” and standards. A majority said women lacked the upper body physical strength and mental strength to complete the around-the-clock operations on extended deployments in the field, sometimes lasting as long as 60 days..  Women in the US Armed Forces did not seek nor want to go into direct, front-line ground combat units with the threat of hand-to-hand combat with ISIS radical Islamic terrorists whose goal is to overpower women, sexually assault them, then behead them.  The interview in the below-listed link will verify the threat women in the US Armed Forces feel about being forced into direct, front-line violent hand-to-hand ground combat; they say they didn’t ask for it, nor do they want to be put into those billets—it is opening girls in high school up to the draft if a national emergency requires re-instituting it.

Insisting that the US Armed Forces assign women to “Tip Of The Spear” Special Operations units like Ranger Battalions in the name of “equality for women in combat” is a further demonstration that Obama has no understanding at all of how his initiative is unnecessarily putting women at a higher risk of injury by forcing them to operate in sustained periods under violent combat conditions, damming them to go into harm’s way with lesser upper-body strength to perform in sustained front-line combat operations.  Obama has put a bulls-eye on the backs of women because they will be viewed by radical Islamic terrorists as a higher-value target for capture; we wonder if Obama would force his two daughters to serve in violent combat operations.

Women will not have an equal opportunity for survival and success in the deadly violence they will face in close, face-to-face combat at point-blank range with a terrorist who will have more powerful upper-body strength and will be able to more easily overpower female Special Operators in hand-to-hand combat.   The reality is that putting women into “Tip Of The Spear” units will seriously threaten the lives and increase the physically injury of women in combat—those facts are only now beginning to sink in, and that parents of those women in the US Armed Forces would not be supportive of mixed women and men in front-line combat units because they will be at a disadvantage against the all-male ISIS terrorist units.

Cong. Russell and the 20 other elected Combat Veterans For Congress listed in the attachment below, have repeatedly attempted to roll back Obama’s many policy initiatives that have been destructive to the US Armed Forces over the last seven years. Employing Obama’s Social Experiment On Diversity has been weakening the US Armed Forces, yet former Speaker of the House John Boehner didn’t support their initiatives to protect members of the US military’s freedom of religion, speech, and chaplains’ right to retain their well-held religious beliefs, and when he did at times do something, it was half-hearted, because it would have been “Politically Incorrect” to buck the Obama anti-military policies.  Obama’s most recent initiative to force-feed women into tip-of-the-spear units, regardless of their physical qualifications, can be opposed by the Republican Congressional leadership because Congress has always had the authority and power to resist Obama by exercising Article 1, Section 8, Clause 14 of the US Constitution: “To make Rules for the Government and Regulation of the land and naval Forces.”

Speaker Boehner’s failure to oppose Obama’s initiatives over the last seven years to weaken the US Armed Forces can be turned around by Speaker Ryan by employing the US Constitution and in Federal Court, if he would be supported by the 21 elected and endorsed Combat Veterans For Congress in the attachment who continually attempt to take actions in Congress to support and maintain the strength, morale, unit cohesiveness, and “Combat Effectiveness” of the US Armed Forces, as Congressman Steve Russell attempts to hold the US Army’s feet to the fire for corrupting the training records of the two female officers who were qualified as Rangers.

Obama has been presiding over the hollowing-out of the US Armed Forces for seven years, at the same time Russia, China, Iran, and ISIS terrorists have been modernizing and expanded the strength of their Combat Forces–and most recently Obama and Valerie Jarrett have made it possible for Iran to develop nuclear weapons while providing the largest state sponsor of terrorism in the world with $150 billion to fund their worldwide terrorist activities.

The below-listed article goes into much more detail about how Rep. Russell has been trying to get the US Army to stop being so “Politically Correct,” in keeping with Obama’s dangerous initiative to drive women into Ranger Battalions regardless of their qualifications, even though it will degrade the “Combat Effectiveness” of the Ranger Battalions for the first time in history and finally be transparent by openly providing the training records of the two women who graduated from Ranger School that he has requested.

25 Combat Veterans For Congress in 19 States

Something is rotten at Fort Benning