HAS “PARTY LOYALTY” DESTROYED US?

by Michael Gaddy, ©2015, blogging at The Rebel Madman 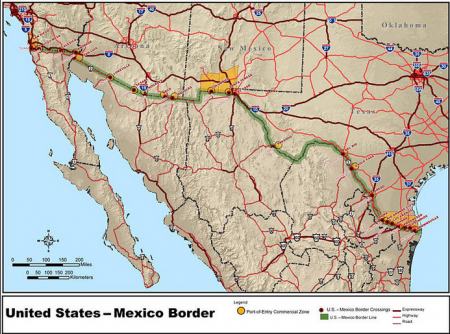 (Dec. 21, 2015) — The evidence is irrefutable: the American voter decides who they will vote for almost exclusively from the viewpoint of, “what are you going to do for me in the future” while completely ignoring “what have you done TO me in the past.”

Judged constitutionally, almost all of the current crop of power seekers in both major political parties would have more mug shots in their past than they would photo ops in their future.

There exists an obvious reason none of the candidates are asked questions publicly about how what they propose to do in the future comports with the Constitution and Bill of Rights. Before you fret too much about this fact, understand, it is not done because the people do not demand it; more often than not the people accept it.

Almost daily I receive a multitude of emails from those who certainly would describe themselves as being “conservative” complaining about the dangers of Muslim jihadists who are perhaps in our midst at this very moment. None of these emails address specifically what would motivate a Muslim to travel across the ocean to kill us infidels other than their religion requires it. If this is true, their religion has been requiring it for centuries, but the fact they have been further motivated by 25 years of bombing and shooting in their own countries by an armed invader is studiously avoided.

The question also avoided is this: when did those who intend to do us harm, perhaps motivated by irresponsible, unconstitutional acts of our government, first start positioning themselves to harm us within our own borders, and have members of our government actually assisted in their sinister endeavors?

What are the common denominators of vulnerability that have existed in this country since the 1970’s when we first found ourselves at odds with the Iranians and the Ayatollah during the hostage situation? The simple answer is: wide-open unprotected borders, amnesty for those who break our laws and politicians who work to maintain the status quo.

It has been reported the Iranians began infiltrating into this country during the hostage situation in Iran in 1979. Allegedly, they were positioned here in sleeper-cells in order to be activated should this country begin bombing Iran in retaliation for the taking of hostages. It is unclear as to whether they continued their sleeper-cell activities during the Iran-Contra affair when then President Reagan secretly and unconstitutionally provided Iran with missiles that were stolen from Pentagon supply warehouses. Of course, like today, Iran was on the US Terror Watch-list and was engaged in a war with Iraq, whom we also supported militarily. So, the head of the so-called “free world” was providing weapons to terrorists. Now we may know where Obama learned how to supply ISIS.

Should it also be mentioned the money Reagan was receiving from the Ayatollah Khomeini in exchange for the missiles was being funneled to the right-wing death squads known as the Contras in El Salvador and Nicaragua? Should it also be mentioned this was in direct violation of the Boland Amendment passed by Congress in 1982? Please remember; if you support what Reagan was doing, even though it was unconstitutional, you do not support the Constitution and you have no position of indignation when Obama or any other elected official follows his example.

If Iranian or other terrorist sleeper-cells were positioned within our borders in the early 1980s, is it possible Reagan may have provided amnesty to them in 1986 with his Immigration Control and Reform Act, provided of course they had entered the country before 1982? Remember, please, this legislation was seen as a “crackdown” on illegal immigration with increased security at the borders and prosecution for those who hired these illegals. Yes, Virginia, there is a Santa Claus—that is if you were not born here but just walked across the border.

Then, in 1991, under President George H.W. Bush, we had the first Gulf War. Immediately afterward, Bush oversaw the immigration of several thousand Iraqi POWs into the US, specifically Florida and the Oklahoma City Area. This move would be questioned shortly after the OKC bombing in 1993.

“Why did FBI agents, who were actually serving their country, arrest five members of the Iraqi Republican Guard involved in the Oklahoma City bombing only for their release to be ordered by Bill Clinton? Why were these Iraqis, who were initially trained in the US in the eighties, brought back in by George Bush senior in the early nineties? Why did the FBI declare national security to prevent the release of the surveillance tapes that showed Iraqis crawling all over the OKC bomb scene?”

It certainly appears now that President William J. Clinton was involved as well with protecting Muslim immigrants to the US. So far we have a consecutive chain of presidents showing amnesty and support for Muslim immigrants in this country. If we take into consideration President Carter’s infusion of 500 million in seed money to the Muslims in 1978, we have even more evidence of our government’s complicity in supporting Muslim jihadists for decades.

Surely border security would be ramped-up once we found ourselves involved in another war in the Middle East under another Bush president in 2001 and again in 2003. Sorry, Charlie—this Bush even referred to those of us who went to the Arizona border in April of 2005 with the Minutemen in an effort to shore up border security as “vigilantes.” Though our military was deployed in large numbers throughout the Middle East and we were placed under frequent “terror watches” by our Nazi inspired Department of Homeland Security, no one thought to lock the house and check the front and back yard.

The absolute insanity of being at war and failing to protect and provide for border security is hard to comprehend for a logical mind—but—those who thought we were “being protected” did not possess the necessary brain cells to see the absurdity of it all and rushed to the polls to reelect the mastermind of this madness in 2004.

It is interesting to see what ArmyTechnology.com has to say about perimeter security in the modern age.

“The threat of global terrorism has increased awareness over the security of critical infrastructure. Whether for military bases, civil installations or other critical aspects of infrastructure the need for effective perimeter control is, … greater than ever.

To effectively guard a perimeter you have to make sure that intruders are either kept out completely or handicapped in such a way that security forces are able to reach them quickly after an alert. Whenever this is not possible, for instance when a perimeter is exceptionally long, effective perimeter control must involve real time information relays preferably indicating the exact location of incidents.” (Emphasis added)

Obviously, “we the people,” our lives and property are not considered to be “critical infrastructure” by the President or members of Congress, for there is not now, nor has there been any significant efforts to increase perimeter control in this country in the past 30 plus years, 25 of those we have been at war. In fact, the exact opposite has happened; those who insist on perimeter security for our country have been demonized and excoriated by all but one of the politicians currently running for president, the current sitting president, assorted members of Congress, the media and several large herds of useful idiots.

More egregiously, all of the above have been trying to convince the masses that the way to stop terrorism is to create more terrorists with bombs and bullets and the way to protect yourself from attacks by some of those 30 million who are illegally “homesteading” in this country is to give up your guns and depend on those who created the problem to protect you.

My question to my readers and those who send me emails complaining of the Muslims jihadists in this country and others who are living off dollars which were taken by coercion and will someday, down the road, side with the terrorists because they are not getting enough free stuff, is this: Why now? Why haven’t you been complaining before, when Reagan was granting amnesty and one Bush was bringing in former Iraqi Republican Guard soldiers and the other Bush called those of us who were trying to secure our perimeter “vigilantes,” or is this just a political football where one party can do things illegal and unconstitutional without complaint, but the other party gets criticized for doing the same?

Wake up, people! The world as you know it is about to change radically for the worse and millions have supported with political party loyalty and votes those who brought us to this perilous point in history.