“HELP TO MAKE IT HAPPEN” 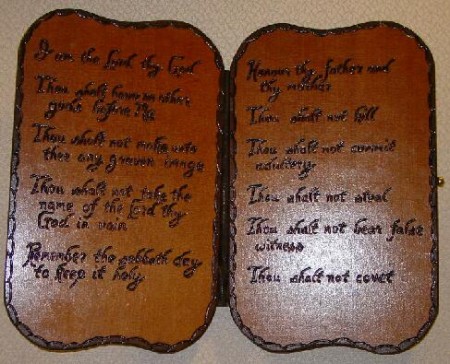 (Dec. 5, 2015) — As promised, President Obama, the Democrat Party, SCOTUS, ‘Islamic’ Muslims, etc. are transforming America; moving our precious nation toward a more corrupt, immoral, and tyrannical America.  This transformation, over a period of years, has damaged the USA.

America is undoing our Founding Fathers precious document, clearly defined as our Constitution, of its legal freedoms and its Judeo-Christian values.

THE PROBLEM:  The separation of our Judeo-Christian values began in January 7, 1963 when SCOTUS prohibited public schools from allowing the Holy Bible to be read to (y)our children and teach its Sacred writings in ‘public schools’.

Prior to the June 17, 1963 SCOTUS ABINGTON SCHOOL DIST. v. SCHEMPP ruling, a large majority of Americans regularly attended some form of a ‘Christian’ House of Worship.  Of those who did attend, the children also heard a Biblical scripture on a daily basis in the ‘public’ schools.

Inside the Holy Bible and these scriptures, there are moral instructions of Commandments to be instilled into the hearts and brains of those listening and learning.  When these moral instructions were barred by SCOTUS, guns, drugs, sex, and other forms of illegal and/or immoral conflicts entered into the schools.

Today, and after this SCOTUS decision, fewer than one half of all Americans attend a House of Worship on a regular basis.

On Jun 28, 2012, SCOTUS legalized ‘lying’ as a ‘Freedom of Speech’ law when the John  Roberts’ Court decided that by misrepresenting the ‘Stolen Valor Act’ ‘is not a crime’ as individuals say that he/she has received military honors or decorations even though that is a lie; but SCOTUS said the referenced legislation did violate an individual’s First Amendment right to ‘Freedom of Speech’.  How sad and how ignorant for our SCOTUS Jurists to come to this left-wing conclusion!

In the 1973 ROE v. WADE decision, SCOTUS ‘legalized’ murder of the innocent babies by rejecting values as described in the Declaration of Independence as each person “… are endowed  by their Creator with certain unalienable Rights”.

Since that time in the USA, some 58.5 million babies have died from this ‘evil’ and ‘wrongful’ SCOTUS decision.

“We hold these truths to be self-evident, that all men are created equal, that they are endowed by their Creator with certain unalienable Rights, that among these are Life, Liberty and the pursuit of Happiness.”

‘Islamic’ Muslims attacked America in 1993 in a failing effort to bomb and destroy 1 of the 2 New York City ‘Twin’ towers.

On 9/11/2001, ‘Islamic’ Muslims attacked America by hijacking 4 American Airlines passenger jets assaulting the USA by flying 2 of these jets into the 2 New York City ‘twin’ towers and 1 jet airliner into the Pentagon.  The passengers took over the 3rd plane, crashed it into the ground in the Pennsylvania countryside.

‘Islamic’ Muslims have been at war for more than one thousand years with all individuals, groups, and governments who oppose ‘Islam’.

Study the ‘link’ for many ‘Islamic’ attacks around the world since 9/11/01. This history confirms that ‘Islam’ is not a religion of peace, but a group of terrorists who are receiving ‘tax’ advantages in the USA, but who also are determined to kill all infidels.  Infidels are of all people regardless of age, sex, race, color, etc. who oppose ‘Islam’.

PORTION OF A PARTIAL SOLUTION:

These reformed measures will move America forward and acceptable in restoring America, protecting our American flag, reestablishing our Constitutional freedoms, and retaining our Judeo-Christian values.  Help to make it happen.