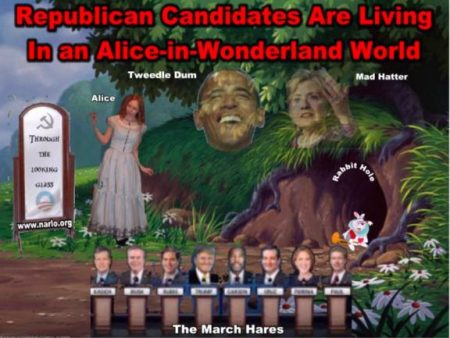 (Nov. 21, 2015) — President Obama’s grand speech of determination to wipe out ISIS is so hollow as to render it empty rhetoric and meaningless.  His words can only be interpreted as ones of willful ignorance, or a criminal lack of resolve.  It could also be construed as aiding and abetting the enemy because of his abnormal, almost quirky desire not to offend Islam.   What Obama is proposing will neither destroy them, or slow them down much.  The Chiefs of Staff and high-ranking military generals must be shaking their heads in disbelief that our Commander-in-Chief, alleged leader of the free world, could appear so weak in the face of an enemy that would blow up or decapitate every American, given the chance.  In essence, we have a leader who believes that “pin pricks” and empty sound bites will take the issue off of the front page and raise his poll numbers.

Destroying radical Islam is like cleaning out a sewage treatment plant.  No matter how much “stuff” you take out, there is still a whole lot more “stuff” pouring in.  It is estimated that there are roughly 1.6 billion Muslims on the planet.  It is further estimated that about 10% of those Muslims are radical Muslims.  That 10% works out to 160,000,000 radical Muslims, with new radical Muslims being born at a rapid pace, well beyond population replacement numbers.  1,600,000 radical Muslims represent half the population of the United States, and this unbelievably large mass of radicals is determined to wipe out the West and relish the fact that they may die in the attempt.

Radical Muslims don’t even wait for the new radical Muslims to grow up.  They convince these prepubescent teenagers that 72 virgins await them if they will just strap bombs under their shirt or in their shorts and go blow up a bunch of non-Muslims.  Can you just imagine the appeal of 72 virgins to a highly impressionable 15-year old teenager with raging hormones?  This is barbaric and savage exploitation of innocent lives and is wholly insane by any standard.

The West, led by the U.S., for 13 years and at a huge cost in blood and treasure, has tried to wipe out the Al Qaeda group of radical Muslims and they just reconstituted themselves in other groups somewhere else, like Libya and the sub-Sahara-backward countries.  Then, in an act of criminal negligence or outright insanity, Obama removes the fighting force that would have kept a lid on these never-ending splinter groups that rise up in the vacuum of an overwhelming counter force.  Now ISIS is the prevailing savage group in Syria and Iraq.  If we wipe them out, another group will appear elsewhere on the planet out of the approximately 160,000,000 radical Muslims and growing.

The word “Islam” in Arabic means “surrender to the will of Allah.”  The followers of Islam, “Muslims” in Arabic means “one who submits.”  This is according to an account by Edward J. Jurji in the book entitled  “Great Religions of the World.” (1978 National Geographic Society)

So who gets to describe the “Will of Allah,” and what are Muslims submitting to?  The first describer of the Will of Allah was Muhammad himself when he “invented” the Islamic religion in the early part of the 7th Century, over 1,000 years after the start of the Jewish religion and about 600 years after the start of Christianity.   After being visited by the angel Gabriel in some cave, he decreed that men could have four wives.  Like many leaders, he thought he was superior to the riff-raff who followed him.   He instead took 10 wives ….. and had many children by those wives.

Unfortunately, descriptions, interpretations and translations of any book of words tend to be up to the opinion and biases of the reader or those that lead the readers.  To give you an idea of how interpretations can differ, allegedly the word “Jihad” the Sixth Pillar of Islam, means “to struggle” or “exhaust one’s effort” to lead a virtuous life, helping other Muslims through charity, education, preaching Islam, or fighting to defend Muslims.  Supposedly, Jihad can be an individual effort or a collective one.  “Fighting to Defend Muslims” can mean fighting in accordance with the radical interpretations of the “Will of Allah”, as “mandated” by the Qur’an.  Peaceful Muslims don’t interpret Jihad in that manner, or so we are told.

Most educated people are aware that the evolution of Christianity over the last 2,000 years has taken a bunch of twists and turns from the descriptions, interpretations and translations of the words contained in the Holy Bible that describe Christianity.  There are some truly dark chapters in the Christian religion.   But the Christian religion did evolve to where we it is today.  There are no more witch-hunts or trials, no more burnings at the stake for heresy, there are no more Crusades and the Catholic Inquisition died during the Renaissance, thankfully.  Still, there are radical splinter groups and offshoots of the Christian religion, but even these splinter groups don’t lop off heads and hands or engage in honor killings resulting from their radical interpretations of the Bible.

The Christian and Jewish religions have evolved but most of Islam has been stuck in the 7th Century for 1,400 years.  Because of radical Islam, the Muslim faith may very well be stuck in the 7th Century for another 1,400 years.  And that is why wiping out ISIS in Syria and Iraq, if that were possible, the war with radical Islam could rage on for another 100 years, or maybe even 1,000 years as more radical splinter groups pop up in different places around the planet.

Many people are not aware that Indonesia is a hotbed of Islam in competition with Buddhism.  India has a mixed population of Islam, Buddhism, and Hinduism.  Bombings, beheadings and other atrocities will erupt spontaneously and have erupted in these places, as more young Muslims are attracted to the allure of radical Islam’s interpretation of the “Will of Allah.”  All other people in the world are at risk of being a target of radical Islam because radical Islam describes all other people as infidels.   The radical interpretation of the “Will of Allah” is that all infidels must either convert or be killed.

It is interesting to note that ISIS was demanding Christians in Iraq to convert to Islam, pay a head tax, or be killed.  When Muhammad took Mecca with a force of 10,000 in January of 630 AD, he decreed that the people belonging to other religions could live in Mecca as long as they paid a head tax to the Muslim leaders.  This is just another example of radical interpretations of Islam by radical Islamists dating from the time of Muhammad.

Sunnis outnumber Shia over 6 to 1, according to most estimates.  Saudi Arabia, a Sunni kingdom, is funding madrassas (Islamic schools) in parts of the Middle East and even here in America.  Those schools teach fundamental Sunni Islam and Sharia Law with all of the interpretations of the Qur’an that foment radicalism.  Shia Muslims do much the same.

With the deepseated hate that Sunni Muslims have for Shia Muslims and vice-versa, the battle between them rages on without end, a battle (feud) that started around the time of Muhammad’s death in 632 AD over succession of the next leader of Islam.  The Hatfields and the McCoys have to take a back seat to the Sunni-Shia feud.

With Sunni Muslim countries like Syria and Saudi Arabia and Shia Muslim countries like Southern Iraq and Iran opposed to each other and each other’s existence, nothing in the near or even far future will silence this long-simmering religious hate.  If there was a way to contain this hate in one region of the world and let them annihilate each other that would be the best solution.  But that of course is impossible and the vicious hate that the two sects have for each other spills over into country after country until it spills over into the West as the radical definition of Jihad rises exponentially across the planet.

Nothing is going to change for the next 100 years or maybe even 1,000 years unless peaceful Muslims start becoming more vocal in inhibiting the allure of radical Islam to the young.  That can only happen when those at the core of the Islamic religion start cleaning up their Mosques, worldwide.  Unfortunately, that is not about to happen in the Middle East, India, Indonesia, Pakistan, Chechnya, or other countries that provide aid and comfort to radical Muslims and where radical Islam flourishes without dissent.  Does anyone expect Hamas to ever embrace Israel?

Consequently, the West, including America, must display a posture of alternating defense and offense for the rest of the 21st Century and possibly beyond.  This perpetual war will make the 100-years war between England and France in the years 1337 to 1453 seem like a soft summer wind in comparison.

If it is not apparent to the general American population that “war” with radical Islam is going to be a long-term condition, they may find their heads firmly buried in the sand ….. the hot sands of the Sahara and the Middle East.  What is even more disturbing is that this “war” with radical Islam could quite easily lead us into a Third World War from which civilization could wither and die in the dark gray skies of radioactive debris.  Russia is backing Syria and Iran.  What if America starts bombing the heck out of Syria?  What could Russia do ….. defend Bashir Al Assad, dictator of Syria?  And there you have it, Third World War.

A Third World War can only be prevented if the major super powers come together in an agreement to put an iron lid on religious, territorial and resource imperialism, backed up by the threat of overwhelming force.  Bullies and tyrants only understand the language of lethal force.

The United Nations is powerless to stop these never-ending wars because it represents all nations and all nations will never agree on anything.  America has the lead, if America can ever come up with a true leader who acknowledges the greatness and exceptional nature of America in the world and its contribution to peace and freedom.  That is, if we don’t eat our own entrails fighting over our two opposing ideologies while dithering over what to do with Russia, China and radical Islam.