THE DISMANTLING OF AMERICA 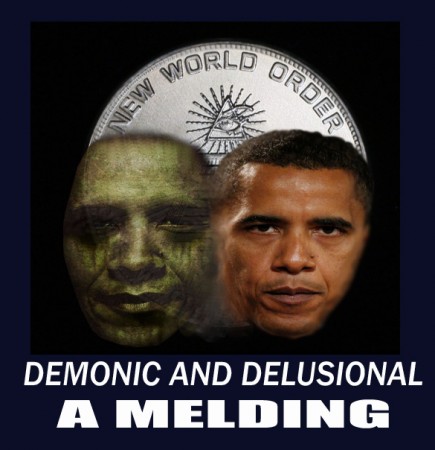 (Nov. 12, 2015) — Saying that many enemies of America (both foreign and domestic) fall into the categories of delusional or demonic may seem like an extreme statement, however, the challenge to find instances where this does not apply can be harder than most would imagine. Jesus once said, “Whoever is not with me is against me…” (Matthew 12: 30). The reality of this in the political world may be very profound and may be the best indicator of the spiritual nature of the battle for the heart and soul of America anyone could ever find.

To make this point, the definitions I am applying are as follows:

Delusional – a persistent and fairytale-like belief held in the face of strong contradictory evidence.  Usually associated with a “feel good” philosophy that is unrealistic and founded upon illogical imaginations. While people who hold to this type of philosophy can often be altruistic, they are usually emotionally driven and – dare I say it – lack common sense or are ignorant of historical references that discount their opinions.

Demonic – the definition being used for these purposes does not necessarily mean someone who is demon-possessed but is demon-influenced.  It will be used in the sense that the philosophy being embraced is intentionally evil and destructive to these United States as well as the kingdom of God.

The following exemplify the logic behind associating delusional and/or demonic ideologies with issues currently in the political realm:

The Delusional point of view recognizes that our current educational system is profoundly failing.  It naively believes that government intervention can fix the problem.  Although altruistically-based, it is delusional because it refuses to recognize that the overwhelming academic problems extant in America today were caused by the interference of federal mandates and programs imposed upon local boards of education and their chosen curricula.  They are ignorant of the fact that the downslide from America’s standing as a distinct #1 position to 27th, began with President Bill Clinton’s Goal 2000 and morphed into Outcome Based Education, School to Work, No Child Left Behind, Race to the Top, and the latest: Common Core State Standards.  As government intervention has attempted to “fix” our academic problems, they have grown worse at an exponential rate.  To be fair, much of the decline can be attributed to the destruction of the family unit and the anarchy that exists within urban communities.  However, the genesis of  those problems as well can be traced back to Lyndon Johnson’s War on Poverty – another federal attempt to improve our lives.

The Demonic point of view understands the problem and also understands the illogic and implausibility of the proposed solution.  However, this agenda’s goals is to diminish the United State’s world power status in order to make it more susceptible to surrendering its autonomy to a New World Order and the power that will reside with the privileged few.  They understand that a well-educated populace will never fall for the illusion of a Utopian world. And they understand that those who learn the lessons of history will not likely fall for the lies that enslaved civilizations before them. As well as employing revisionist history and academically dumbing-down our children, they also realize that our very foundations that rest on God being the creator of all – including our rights and morals – must be marginalized.  Once this is accomplished, government can replace the Almighty in all aspects of our lives.   The demonic understand that they can best do this through an educational system that creates a generation that sets its own rules based on subjective notions instead of absolute truths. In essence, they are eroticizing our children and teaching them that they can be their own gods.  This lie worked in the past and it unfortunately works today.

To make matters worse, the adherence to historically successful academic standards is now being replaced with psychometric testing that was financed to the tune of $330 million in the stimulus package signed by Barack Obama.  While this is cloaked in academic terms that claims it will produce higher productivity in testing and test scores, it ignores the fact that these tests also report on overall personality traits and laud profiling.  It is hard for this rational-thinking person to find anything about this particular educational mandate that serves any purpose other than the demonic manipulation of our children’s minds and the identification of those that may not be easily coerced into surrendering their God-given rights to Uncle Sam.

Gun Control
The Delusional point of view insists that more stringent gun control laws will either eliminate or seriously curtail the homicides that are being  committed with firearms.  Those that fall into this category are emotionally disturbed by the increase in violent crimes and naively desire a simplistic end to such occurrences.  They fail to realize that this increase in violent crimes is not the result of access to firearms but the result of an increasingly godless society.  To quote a friend who has firearms, “Guns don’t do anything.  They just lie there.  They don’t need laws to control them.”  My friend is right.  Guns don’t commit crimes.  People using guns commit crimes.  Therefore regulating the purchase of and our constitutional  right to keep and bear arms is not the logical solution to correct the epidemic violence in America.  The epidemic violence in America is complex and guns are only the preferred instrument of orchestrating this violence.  If all guns were taken away and not available to law-abiding citizens, you can be sure that the black market will thrive in its sale of guns that will be made available to all criminals.

It should also be noted that if guns are not purchased on the black market, those with criminal intentions will find other means.  Remember Timothy McVeigh?  He used fertilizer to do his evil biding.  Would it then follow that fertilizers should be outlawed?  And if so, what next?  Knives?  Or perhaps chains?  Additionally, those that maintain this point of view must remain willfully ignorant of the crime in the cities of Chicago and Camden, both of which have the most restrictive gun control laws in the entire country.  It follows logically that implementing stringent gun control laws in order to reduce homicides is not only delusional, it is also dangerous to the right of every day Americans to defend themselves and their families against criminals who will always be able to obtain guns illegally.

ObamaCare
The Delusional point of view contends that a country as rich as the United States owes it to its citizens to provide free healthcare to all. First known as “HillaryCare“, the federally-funded and federally-controlled system has provided some that would not otherwise be covered with needed medical services.  However, the great majority of American citizens are finding it to be extraordinarily and crippling expensive.  In their rush to cover those who would have still been able to receive emergency care at any hospital, the delusional have refused to listen to other sage ideas that could have improved medical services without unfairly penalizing the great majority of our citizens. They have refused to accept the common sense arguments that nothing is free. They don’t understand that this particular government program is impacting the already stressed medical field that is burdened with excessive government regulations. They dismiss the reality that small businesses that can no longer hire full time workers due to the exorbitant cost of the healthcare they will be legally required to provide.

The Demonic point of view fully understands all the implications of this ill-advised plan, which is why it was rushed through Congress without allowing anyone to read it.  The reality of ObamaCare is that is successfully helping to bankrupt the nation – one citizen at a time. ObamaCare, if properly understood, should be called the ObamaNail, in that it is just one more nail in the coffin of America. The demonic among us are well-aware that the only way to usher in the One World Government is to neutralize the only nation that will stand in its way: America. This movement has been prophesied about and presided over by none other than the devil himself.

The list goes on and on.  It includes such issues as the Iran nuclear deal;  the closing Gitmo and releasing the worst of the terrorists on American soil; refusing to call Islamic Terrorists “Islamic Terrorists”; the Trans-Pacific Partnership – and other such programs/treaties that diminish the sovereignty of this nation; Embryonic Stem Cell Research, the selling of human baby parts for the advancement of medical research; uber Environmentalism and Global Warming that protects many out of their right to pursue happiness or own property;  the Refugee Resettlement Act that is not designed to ensure that only refugees and not terrorists are given free passes into America;  Amnesty for those that have broken our laws – including those who have been or should be incarcerated; intolerance acting as tolerance; Evolution acting as empirical science and teaching our kids that God is a fictitious character for the uneducated and misguided; thievery portrayed as entitlements;  yadda, yadda, yadda.

Regardless of the issue du jour, the delusional buy the propaganda hook, line and sinker – believing the demonic lies that somehow these things will usher in a Utopian world where everyone sits around the campfire singing Kumbaya.  Unfortunately, the delusional serve as useful idiots acting at the behest of the demonic who only desire to enslave us and destroy our national sovereignty.   And to make matters worse, many of those understanding the truth surrender their voice to the intimidation of the politically correct bullies.  No nation has ever survived that submitted to intimidation and the will of the demonic.  May God have mercy on America and may He rise up a remnant willing to stand for truth and righteousness – who understand the impact of those who are delusional and/or demonic.  And may this remnant be bold and courageous – for without them, the America I knew and loved cannot survive.