CONGRESS LACKS THE DETERMINATION TO PROTECT THE CITIZENS IT REPRESENTS 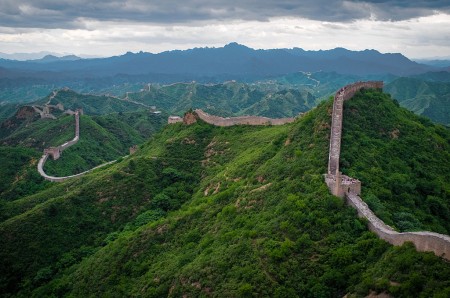 (Aug. 24, 2015) — For nearly seven years, American citizens have been told by the Obama administration, the left-of-center liberal media establishment, La Raza, and the leadership in Congress that it is impossible to build an effective border wall across the wide-open southern border in order to keep out radical Islamic terrorists, drug smugglers, human traffickers, convicted illegal alien criminal felons, Central American children carrying infectious diseases, illegal aliens from 50 countries worldwide, and to prevent a new influx of Mexican illegal aliens from entering the United States.

Although the funding required to build a border wall across the southern border has been funded by Congress, the Obama administration refuses to build it.  The San Diego Sector of the Border Wall was built as a result of pressure placed upon the Department of Homeland Security by retired Congressman Duncan L. Hunter, USA/Ranger, when he was Chairman of the House Armed Services Committee. Over the last nine years, the San Diego Sector Border Wall has been proven to be very effective in excluding illegal aliens.

The 5500-mile-long Great Wall of China that is 21 feet high was built in 476 BC and was effective for over 1700 years.  In 1953, the DMZ was created and spans the 160-mile-wide Korean peninsula; it has been an effective border wall for 63 years.  The 87-mile Berlin Wall was built in 1961 and was a very effective border wall for over 28 years.  In 2004, Israel built a 403- mile border wall that is 25 feet high and has been effective at excluding radical Islamic terrorists from entering Israel.  Saudi Arabia is well on its way to completing a 600-mile border wall to keep terrorists from entering the Kingdom of Saudi Arabia; the diagram of the wall is pictured and described in the below-listed article.

The will of the American citizens has been intentionally ignored for the last 25 years by the U.S. Chamber of Commerce, congressional leaders on both sides of the aisle, the left-of-center liberal media establishment, La Raza, supporters of illegal immigration, and for nearly seven years by the Obama administration; they continue to allege that an effective border wall across the wide-open southern border cannot be built.  The U.S. does not need to build a solid wall across the entire 2000-mile-wide southern border.  There are high-traffic areas where a border wall must be built, but there are other areas where the southern border can be controlled by employing mobilized National Guard troops, drones, and sophisticated sensors, or a combination of one or more of them.

During the annual migration of illegal alien children from Central America, encouraged by Obama’s Deferred Action for Childhood Arrivals program, over 400,000 of children with their chaperones flooded across the wide-open southern border in July 2015 alone.  They were all released into the interior of the United States by the Border Patrol without being properly quarantined, in violation of Federal Immigration Laws.  Since the massive influx of illegal alien children from Central America who have not been medically screened, the United States has had outbreaks of numerous illnesses that were once eradicated such as dangerous strains of flu, scabies, TB, measles, mumps, rubella, smallpox, leprosy, and malaria. In August 2015, there were three deaths from plague in three states—those outbreaks of infectious diseases have been covered up year after year by the Obama appointees in the Centers for Disease Control.  For every day the Obama administration continues to violate Federal Immigration Quarantine Laws, infectious diseases will continue to spread to the general population and American-citizen children, who are required to attend grammar school classes with illegal-alien children from Central America with infectious diseases.  The average annual education cost per illegal-alien child is $12,401, reaching a gross national cost for American taxpayers of nearly $1 billion.  Grammar schools across the nation are straining their educational resources with the repeated annual influx of illegal alien minors. Classroom sizes have increased to 50 students per class in many cities where they are being resettled, while progress in learning has been slowed to unacceptable levels because so many of the students do not speak proper English, negatively affecting learning.

American voters have been expressing their anger with Washington career politicians because for nearly seven years, they have watched the effective elimination of the U.S. immigration system, the failure of the U.S. government to enforce and protect the borders of the United States, and seen one federal law after another has been violated by the Obama administration.  Americans from both parties and independents have been flocking to the banner of non-politicians and conservatives who are seeking their party’s nomination to run for the Presidency.  Those non-politicians and conservatives running for president have tapped into many of the below-listed deep-seated concerns of American citizens because year after year, career politicians have continued to promise to take certain action if they were re-elected, then after they were elected, have failed to follow through.

Copyright 2015, Capt. Joseph R. John. All Rights Reserved. This material can only be posted on another Web site or distributed on the Internet by giving full credit to the author.  It may not be published, broadcast, or rewritten without permission from the author.