BUT WHERE IS THE REQUEST FORM? 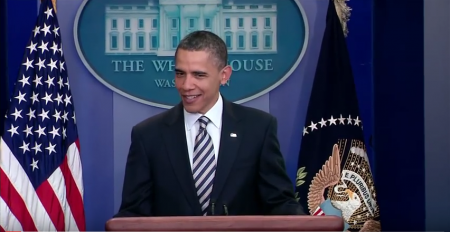 (Aug. 17, 2015) — On April 27, 2011, an unannounced press conference was held during which Barack Hussein Obama stated that “more information” had been released on the White House website that morning relating to the “site of my birth,” a reference to Kapiolani Medical Center for Women and Children in Honolulu, Hawaii.

Earlier that year, businessman Donald Trump had publicly questioned whether or not Obama was born in the United States and therefore eligible to hold the office of president and commander-in-chief, in keeping with Article II, Section 1, clause 5 of the U.S. Constitution.

An image representing Obama’s “long-form” birth certificate was uploaded to the White House website shortly before Obama made his comments on national television prior to departing for Chicago with his wife to film an interview with Oprah Winfrey.

The image contained more detail than the purported Certification of Live Birth (COLB) released for the first time, to this writer’s knowledge, at The Daily KOS website on June 12, 2008, and later, at Obama’s 2008 campaign website, FighttheSmears; at Factcheck.org and The Tampa Bay Times’s Politifact.com.

Factcheck.org claimed to have a paper version of the COLB with a “raised seal” which it photographed and displayed in an August 21, 2008 article which has since been removed from the web. In 2010, the organization failed to answer any of The Post & Email’s questions about the “document” or respond to our requests to see “the original digital photos,” among other items. 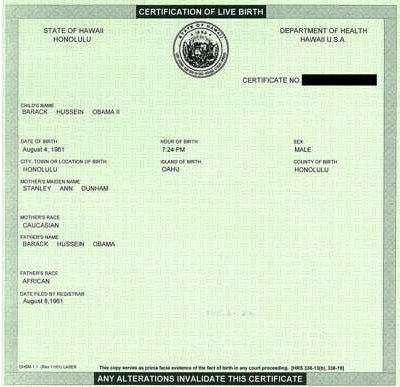 The image posted at The Daily KOS was described as “Obama’s birth certificate.”  In his posting, blogger “kos” did not say from whom or where he obtained the image or paper copy of the purported document.

Hawaii law precludes anyone without a “direct and tangible interest in the record” from obtaining “vital statistics records,” which include marriage, birth, death, and divorce records.

Several analysts denounced the COLB as a forgery, and Hawaii Department of Health (HDOH) spokeswoman Janice Okubo would not confirm that it had been issued by the agency.

Although a link to the Factcheck article now yields an error message, the organization’s photograph of the document does not show a raised seal, at least to the untrained eye.

During a press conference in late May 2009, then-White House Press Secretary Robert Gibbs jokingly claimed to WND reporter Les Kinsolving, “We put it on the internet,” in apparent incredulity that Kinsolving and others doubted its authenticity.  Gibbs’s claim was the first time the White House claimed to have officially released any of Obama’s records.  “The state of Hawaii provided a copy with the seal of the president’s birth,” Gibbs told Kinsolving, although neither the image posted at KOS nor the version now linked to the White House webpage contains any evidence of a raised seal.

The referenced “Certification of Live Birth” is the “short-form” birth certificate posted by KOS in a different color scheme but also without a raised seal. 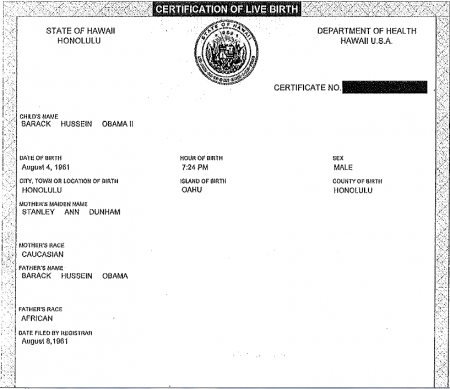 Following Obama’s re-election, Pfeiffer was promoted to “senior adviser,” in which capacity he worked until tendering his resignation in late January, working his last day on March 6 of this year.

On March 11 and 12 of this year, The Post & Email reported that the White House webpage containing the long-form birth certificate image and press release had been altered.  The first change, reported on March 11, noted that the video of the press conference was no longer depicted on the web page, but rather, moved to what appears to be the White House YouTube channel.  The revision noted on March 12 reported that the birth certificate image had been removed from the web page and was visible only by clicking a link leading to another webpage with a White House url.

On Sunday, The Post & Email located the webpage with the April 27, 2011 press release on the White House blog with photos, graphics, and other news items moved to the bottom of the page from the top, where they had resided previously.  In the release, Pfeiffer claimed that the questions over whether or not Obama was born in Hawaii were “a fake issue,” but a nearly-four-year criminal investigation conducted by the Maricopa County, AZ Cold Case Posse found that the long-form birth certificate image itself is fake.

On March 1, 2012, posse lead investigator Mike Zullo and Maricopa County Sheriff Joseph M. Arpaio gave a joint press conference in which they declared that six months of investigation resulted in the conclusion that both Obama’s long-form birth certificate and Selective Service registration form are “computer-generated forgeries.”

A second press conference given by the duo on July 17, 2012 revealed greater detail as to how investigators made their determinations and called upon Congress to launch its own probe of the Cold Case Posse’s work.

Further, Zullo has stated publicly that “there never was a birth in Hawaii” in regard to Obama.

Ten days before the White House release of the long-form image, former Health Department Director Dr. Chiyome Fukino stated in an interview with NBC News that the short-form document is the standard form released to “anybody” who requests a birth certificate.

A Certification of Live Birth sent to The Post & Email from former Hawaii resident Miki Booth through standard mail bearing her son’s name has a clearly-marked seal in the center.  Miki’s son, Alan, received the document from the Health Department in April 2011, the same month the White House released Obama’s purported long-form birth record.

Today, vital records can be ordered online from the HDOH or after the department receives “an application and payment of fees” [sic].

Focusing on Pfeiffer’s statement that the short-form birth certificate was “immediately posted on the internet,” in late July, The Post & Email submitted a request under Hawaii’s Uniform Information Practices Act (UIPA) to the current director of the health department, Dr. Virginia Pressler, which reads:

Under the Hawaii Uniform Information Practices Act (UIPA), Section 92F, I am requesting documents generated as a result of the following statement posted at whitehouse.gov on or after April 27, 2011 by former White House Communications Director Dan Pfeiffer (supporting link:  https://www.whitehouse.gov/blog/2011/04/27/president-obamas-long-form-birth-certificate):

The documents I am seeking are:

I am willing to pay reasonable costs for copying and postage up to $10.00 but can accept electronic delivery for your convenience.

On Friday, The Post & Email received by email a response from Dr. Alvin Onaka, Registrar of the Hawaii Department of Health, consisting of an email and a four-page attachment.

Dear Ms. Rondeau:
Please find attached our response to your request for information.
Thank you for the opportunity to serve you.
Mahalo,
Alvin T. Onaka, Ph.D.
State Registrar of Vital Statistics
Hawaii State Department of Health The “official receipt” (page 4) provided by Onaka bears the date of May 30, 2007.  However, Pfeiffer contended that the Obama campaign had requested a birth certificate in 2008 “in response to media inquiries.”

On its website, the Hawaii Department of Health states, in pertinent part:

Farther down on the web page, the HDOH states:

When applying in person, the applicant must show a valid government-issued photo ID, such as a State ID, driver’s license, etc.

Application forms are available in the building’s lobby area and should be filled in prior to coming to the counter in Room 103.

In its April 11, 2011 interview with Dr. Fukino, NBC quoted her as having said that Obama’s original birth certificate was “half typed and half handwritten.”  However, the image posted on the White House website, later removed and made available through a link, does not fit that description.

NBC further reported in the article:

Her second point — one she made repeatedly in the interview — is that the shorter, computer generated “certification of live birth” that was obtained by the Obama campaign in 2007 and has since been publicly released is the standard document that anybody requesting their birth certificate from the state of Hawaii would receive from the health department.

NBC additionally quoted then-Hawaii Attorney General spokesman Joshua Wisch as having said of birth certificates in general, “It’s a Department of Health record and it can’t be released to anybody.”  Paraphrasing Wisch, NBC reported, “Nor do state laws have any provision that authorizes such records to be photocopied.”

Days before the long-form image was posted, however, then-Health Department Director Loretta Fuddy, now deceased, stated that “copies” of Obama’s original birth certificate would be provided to his attorney, Judith Corley, who reportedly traveled from Washington, DC to Honolulu to retrieve them.  “I have witnessed the copying of the certificate and attest to the authenticity of these copies,” Fuddy wrote in her April 25, 2011 letter to Obama confirming his request.

“If Obama wanted to personally visit the state health department, he would be permitted to inspect his birth record,” NBC wrote, then concluded:

But if he or anybody else wanted a copy of their birth records, they would be told to fill out the appropriate state form and receive back the same computer generated “certification of live birth” form that everybody else gets — which is exactly what Obama did four years ago.

Why, then, does the health department have “no responsive records” to our request for the form used by either Obama or his campaign to request a copy of his birth certificate, whether submitted in 2007 or 2008?