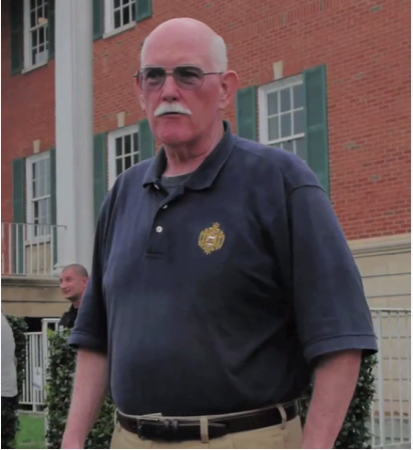 (Aug. 10, 2015) — On Saturday, The Post & Email published an article containing the first four pages of a 44-page handwritten letter received last week from Walter Francis Fitzpatrick, III, who is imprisoned at the Northwest Correctional Complex (NWCX) in Tiptonville,TN.  The letter further detailed his forced participation in an Adult Basic Education (ABE) class despite his possession of not only a high school diploma, but also a Master’s degree.

The focus of NWCX is on education and rehabilitation rather than industry or community service.  The purpose of the ABE course is to assist inmates in acquiring their GED, or high-school equivalency diploma.

In June, NWCX education staff had attempted to force Fitzpatrick to participate in the Pro-Social Life Skills (PSLS) course, which he refused based on his perception that questions he was asked to answer and essays he was asked to compose would incriminate him and possibly negate the appeal of his case, whose outcome is pending.

Since late May, Fitzpatrick has reported that federal dollars are awarded to Tennessee state prisons for each inmate enrolled in an educational course, citing the figure of $3,000 for each participant in the Pro-Social Life Skills program.

Another inmate housed with Fitzpatrick, Jerome L. Johnson, has written The Post & Email three letters in which he stated that he, too, declined to participate in the PSLS class for the same reason as Fitzpatrick and received a disciplinary write-up, included in his July 13-14 mailing.

Because disciplinary action against Fitzpatrick was dismissed but pursued against Johnson, Johnson has filed a complaint alleging a Title VI civil rights violation with the U.S. Department of Justice’s Federal Coordination and Compliance section of the Civil Rights Division.

In an earlier letter, Fitzpatrick related that during his evaluation at the Bledsoe County Correctional Complex (BCCX) immediately following his entry into state custody, he was told by an intake worker that he was not a candidate for any educational program offered by the Tennessee prison system. Nevertheless, Fitzpatrick was relocated to Tiptonville in early December for an undisclosed reason.

In a hastily-written letter dated June 19, 2015 describing a confrontation from earlier that day, Fitzpatrick stated that PSLS instructor Terry Hopper backed him against a wall and menacingly told him, “I’ll beat you into the middle of next week” were he to continue to refuse to participate in the class.  Fitzpatrick subsequently filed an inmate grievance which he termed a “criminal complaint” against Hopper and a staff member who Fitzpatrick reported looked on while Hopper attempted to intimidate him with threats of physical harm.

Fitzpatrick additionally reported that on three occasions, corrections officers and instructional staff rifled through his personal papers and conducted strip searches of his then-cellmate and him in an apparent effort to find articles mailed to him by this writer which might have contained their names.

On June 16, The Post & Email wrote a letter to NWCX Warden Mike Parris copied to Tennessee Department of Correction (TDOC) Commissioner Derrick Schofield about the reported “prisoners-for-profit” enterprise occurring within the prison but received no response from either official.

On June 26, Fitzpatrick was suddenly and unexpectedly relocated to a different area of the prison, called a “guild,” and informed that the disciplinary hearing with which he had been threatened was canceled. Shortly thereafter, he was told it was rescheduled to July 1; however, when reporting at the appointed time, Fitzpatrick was told that the necessary staff were not present that day.

Fitzpatrick was then enrolled in Adult Basic Education despite his having earned a high school diploma in 1969; graduated from the U.S. Naval Academy in 1975 with a Bachelor’s degree; and earned a Master’s degree from the University of Phoenix in 2002.

In a subsequent letter, Fitzpatrick enclosed a copy of the release of information form he signed at the end of June requesting a copy of his high school diploma from Villanova Preparatory School in Ojai, CA with the expectation that upon its receipt, prison education staff would then excuse him from the class.  Fitzpatrick reported that despite his numerous inquiries into the status of the proof purportedly needed to dismiss him from ABE, staff are dragging their feet on the matter.

Fitzpatrick later learned from the TDOC Administrative Policies and Procedures handbook issued by Schofield in March of this year that anyone 62 or older or who would qualify for disability benefits following sentence completion may ask for and receive an exemption from ABE (p. 5 of handbook).  Fitzpatrick qualifies for both of the criteria, as before his imprisonment he was collecting a disability payment from the U.S. Navy for a shoulder injury he incurred on July 31, 1987, when the helicopter in which he was traveling on military business crashed into the waters of the Persian Gulf.

The same handbook states on page 11 that “PSLS is not a voluntary program.” Continuing from our article of Saturday, pages 5 through 9 of Fitzpatrick’s letter read as follows, with personal information redacted :