WITHOUT JUSTICE WHAT EXACTLY ARE YOU THE PRESIDENT OF? 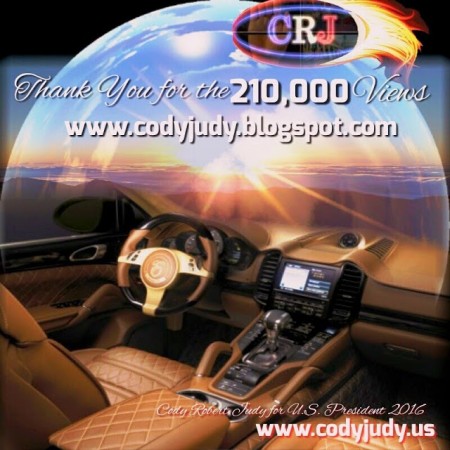 (May 20, 2015) — Today is the day that a response is due from the Solicitor General on behalf of Obama if he’d like to make one, and also the due date for Obama to make a response to the action of my petition Writ of Certiorari Brief by a private attorney if he’d like to make one. What normally happens if a private attorney comes into the action depends on how they think its going to go. There is generally two actions that they file; either a response to the details of the action as to law and and an opposing opinion they feel the Court should take into consideration in not hearing or taking the case, or which is much more common they will file what’s called a “Waiver of right to respond.”

What a “Waiver of right to respond” means is they are willing to simply let it ride. In other words, they feel the Court without any opposite opinion would decide NOT to hear the case. Perhaps they feel the lower Courts actions could in no way be turned over, or not enough people are affected, or the Court simply has no interest whatsoever in the case. Such an action can be a little risky because the Court can also look upon it as tantamount to kind of a ‘no contest’ resolution and that could also work in behalf of a Petitioner just like it would in a lower Court if the defendant fails to show up.

That is exactly what happened in a lower Georgia Executive Court regarding a Ballot Challenge I was involved with in 2012 as challenging Obama’s qualifications to even be on the ballot as an unqualified candidate for the Office of the President. The Court and the Secretary of State basically said Obama had better respond or if he didn’t he did so at his own peril, which was widely covered by many Media outlets.

We don’t know exactly what happened in that case, but what we do know is Georgia got two huge Government Contracts and the Judge stepped in and scrambled all the pieces on the monopoly board. What do you do when someone suddenly reaches over an organized game board and totally messes up all the pieces to a point where no one knows which pieces went where? Well, I appealed that decision clear to the Georgia Supreme Court and then to the U.S. Supreme Court where Obama’s attorney filed a “Waiver to Respond”, meaning the Court would not be hearing from Obama.

The truth is Obama has never actually had to come in to a Court and make an argument about his qualifications..ever! Now his attorney’s have made arguments to dismiss actions based on ‘lack of standing’ or ‘the wrong jurisdiction’ or other technical aspects and there is a record of a few lower court Judges agreeing and sometimes going over board and deciding they would like to be Obama’s attorney and make the argument for him such as the case was in the state Court of Indiana in the case of Ankeny v. The Governor of the State of Indiana. In that case the Judge decided anchor babies, meaning babies from aliens sneaking across the border illegally birthing them, were eligible for the Office of the President under the 14th Amendment and that the Constitution’s qualification demands for Senators and Representatives had been merged with the qualifications for the Office of the President. The Indiana Supreme Court rejected an appeal to hear the case.

One has to wonder when looking at the estimated five million dollars Obama through his attorneys have spent defending the actions against his ineligibility where in the world he has received such wealth if it has not been the tax payers own dime that he has in fact used against the laws or Constitution of the taxpayers. That’s about the only way one could afford the lawyers Obama has used. You the taxpayer have financed and paid for Obama to come up with such junk that supplants the law of even the reason of elementary school age children who understand the concept of the ‘natural born Citizen’ requirement being something other than what is required for Senators and Representatives.

In my case down in Georgia Obama’s attorney bragged about all the cases won on these merits as if it was quite an accomplishment. The affects of that kind of accomplishment is indeed the peril of our Country. I was caught up last night in my dreams seeing the prayers and many many tears being shed for our Country and our Constitution by Patriots, mostly of women. I looked upon them with a sadness of my heart and a pain of understanding their tears, but more or less confounded with their prayers with no action.

In other words, they were bleeding their hearts out for our Country but were not convincing their husbands to join them, or convinced enough to send any money necessary to fight the battle, so they were praying for a miracle without doing all they could do. Faith without works is dead. I have not petitioned the Lord by missing any action in the Courts of Law afforded in our Country. I have not prayed for our Country that was sick and refused the anti-antibiotics sitting on the bench.

Where are these thousands and millions of Patriots with a dollar towards the only Campaign with Standing? Well, they are no where. The widows mite has failed to even be given in this case, so I am very afraid the door is going to be closed on this case. If people, and let’s include Congress in that, fail to see the root of ObamaCare and ObamaAmnesty and ObamaDebt and ObamaExecutive Action and ObamaFake Employment numbers, is “Obama”; and the only true and faithful antibiotic is the Constitution’s Qualification for the Office of the President, then there is no belief and faith in the Constitution.

I am very afraid the fate of injustice is upon us and God is going to close the door on your prayers. Yes, he hears them that I know, but how can I report to him of the token of your faith in them. You see the expenses Obama has claimed fighting against the Constitution’s Claim right? In fact, hasn’t your own tax dollars supported that which has been heaped up as debt upon the backs of your children or our future generations to the tune of 10 Trillion on Obama’s watch. Do you think that is working? I don’t think that is working.

You have all these politicians that you have elected doing nothing to stop Obama on a Constitutional Basis. They are really great at complaining and showing feign as if they are on a great fast of suffering, but its as fabricated as Obama’s identifications.

This leads me to ponder a question with the supposition: If Obama has fought against the Constitution’s Claims and the Constitution has become of so little value that no elected official is standing up for it and the Judges are losing the courage to rule for it in some relatively good information that the public has lost courage for it by actually supporting the only Candidate in America who has the courage and the record on a bi-partisan level to fight it, then “injustice” is being fought for much harder than “justice” and we are bound to suffer that. The question to ponder is if “Justice” is not your cause and it is better stated that “Injustice” is what your interested in and what you are putting your money towards in support, what are you the President of, and is that prestigious and honorable?

While we celebrate humbly 210,000 views here at www.codyjudy.blogspot.com our numbers should be at least 2 or 3 Million. We are behind if not even mentioned in every poll so far and we certainly have not reached a $5,000 dollar threshold for reporting to the FEC. All of this is not because those who have supported us have not done their level best, just as I have. I have spent everything I could and am $90 dollars in the hole. While our Campaign Cause is Just and our Constitution a Cause of Justice, I’d have to say our actual campaign looks like an abandoned U-Haul left in an orchard no one reported.

That’s about as real as it gets, so don’t think this guy has his head in the clouds and can’t see the ground. I’m very rooted in the ground and reality. I appreciate so much those few and brave souls who have indeed done all they could to help us in sending a few dollars, taking the time to post our messages on their social media boards, but we are really drowning in the rotten pool of corruption posed against us by conservatives who support Cruz, Rubio, Jindal and who supported McCain as well as liberals who supported Obama over the last two coming three presidential election cycles.

BREAKING NEWS: Last Day for Obama to Offer a Defense of his ELIGIBILITY in Petition FACING U.S. Supreme Court added on Wednesday, May 20, 2015