“HISTORY HAS REPEATED ITSELF” 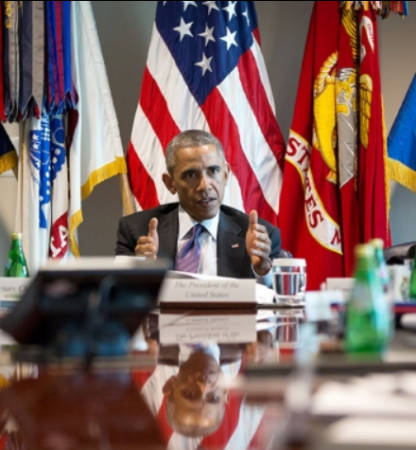 (May 6, 2015) — The destruction of the USA and its takeover by domestic traitors and foreign forces has been in the works for many decades.  In recent history, Roger Nash Baldwin (founder of the ACLU and ‘father’ of many other leftist organizations) was one of the prime “leg men” in establishing the foundation for the overthrow of the USA.  Of the ACLU, he said: “Communism, of course, is the goal.”  Although he is said to have ‘recanted’ that comment, he did so after too many others had discovered his real purposes.  Tragically, the ACLU still remains in place.  Baldwin’s history is rife with his support of Soviet Russian-style Marxism and only requires a brief search to pull up the actions comprising his legacy.  I have provided a beginning link below.

Although many in the past have set the table for the USA’s destruction, it was not until Barack Hussein Obama took the US White House as his own that the final phase began implementation.  It has been extremely easy for Obama and his syndicate to “transform” (aka “dismantle and decimate”) the USA from within, as the people of the country had already been conditioned to following the authority of leftist-run public (government) school systems and would buckle to any far-Left Luciferian authority’s order they faced.  The new mantra is “It’s better to die than be called a racist, homophobe, Islamophobe”…etc.  In order to prove they were none of those, a great portion of the liberal electorate voted for Obama so that they might be counted as a good guy or girl by their peers.  Policies to actually help the country to prosper and become freer no longer mattered…it was how the “selfie” crowd was perceived that counted.  That remains true today.  So…they elected Obama to assuage their ‘presumed shame for forgotten past sins’ and allowed him to do whatever he wanted to the country and to them.  Generations are now being raised to submit to any and all leftist authority and to regurgitate their mantras and beliefs on command.  To not do so would be unseemly to the indoctrinated…and, nowadays, it has become increasingly dangerous.  I and others have written innumerable columns about what Obama has been doing to destroy our country.  The following are but a few from the daily barrage of the Obama-Jarrett ‘Articles of Enslavement’ of and for the American people.

1.  The FCC Commissioner is considering regulating conservative political speech and may censor and/or remove conservative websites.  He indicated that the federal government (aka “ObamaGov”) has an “impulse” to regulate all conservative speech.  Thus far the US Congress—now controlled by Republicans—has still done little to nothing to stop Obama’s growing anti-liberty and anti-Constitution polices

2. The forced entry into the homes of Christian conservative homeschooling parents are escalating, as leftist-run sheriffs’ and police departments—effectively–engage in break-ins and warrantless searches that amount to home invasions.  And, it’s not just occurring in the USA…it’s a globally-coordinated phenomenon with the end goal of children being taught the same messages in schools worldwide

3.  Obama is now bypassing Congress more and more as he solidifies his dictatorship.  It’s not just the Democrats that Obama and his syndicate can count on.  There are many Democrat plants who have infiltrated the Republican Party and who vote fairly consistently with the Dems to enact Obama’s and the NWO’s polices

4.  An unprecedented in its size and scope multi-State military exercise code named Jade Helm (Joint Assistant for Deployment and Execution Homeland Eradication of Local Militants”) is now proceeding.  It is believed by some to be either the final exercise before the Obama-Jarrett team install Martial Law nationwide, while some say it’s “nothing to worry about” (aka “move along…these aren’t the droids we’re looking for”).   However, one governor’s State involved in the “drill” isn’t so certain.  Governor Greg Abbott of Texas has ordered the Texas State Guard to monitor the US military’s exercises to ensure the rights of Texans are not trampled

5.  After Islamists attacked a Garland, Texas awards ceremony (with AK-47s) for best cartoons depicting Muhammad, the two terrorists were shot and killed by a Texas police officer.   The terrorists were the ones instigating it, but now even Fox News and Donald Trump are preaching the appeasement of Islam and blaming activist Pamela Geller who organized it!  Catholic League’s Bill Donahue blasted Geller and said that Muslims have a right to be upset!  This is exactly what happened before the takeover of Europe by Nazis in World War II and now by Islam.  The people of each of those newly conquered by the growing Satanic cult said Muslims should be shown respect even if Islam didn’t respect the legal citizens of the countries they invaded.  You cannot appease Islam!  Islam is now officially being given rights that other religions (Islam, by the way, is not a religion; it’s a world system that uses its concocted “religion” to control its people)…and it’s being effected within the USA.  Anything anyone does offends some Muslim somewhere.  We are to be killed simply because we exist.  The God of Abraham, Isaac and Jacob works to build up and elevate His creation of humankind, while the god of Muhammad works to subjugate and destroy humans from the inside out.  That is the Islamic way…

When the leaders within a country start saying its population must make nice and not offend its enemies, you know said country is only a short time away from its final inevitable decimation.  History has repeated itself over and over again, with all too few appearing to grasp its messages.   The war began some time ago, and too few even seemed to notice. ..or cared.   Make no mistake…the enemy of God and mankind is currently winning…with the help of humans, no less.  Yes…the destruction of the once-great USA was all too easy…because it had help from its targeted victims.  We were given free will by our Creator.  It’s an abject shame we have used it so foolishly.

FCC Commissioner Feds may come after Drudge and other Conservative websites :   http://www.examiner.com/article/fcc-commissioner-feds-may-come-after-drudge-other-conservative-websites

Homeschooler parents pepper-sprayed and Tasered by police in front of kids:

Destroying and Killing the USA Was Way Too Easy added on Wednesday, May 6, 2015