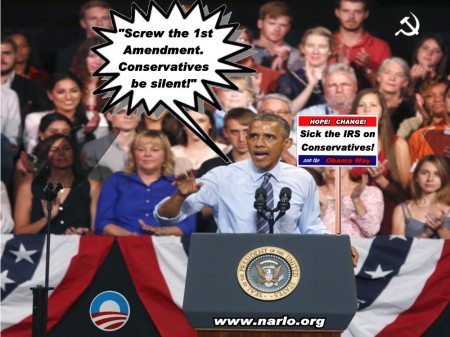 (May 3, 2015) — “Submitting to censorship is to enter the seductive world of ‘The Giver’: the world where there are no bad words and no bad deeds.  But it is also the world where choice has been taken away and reality distorted.  And that is the most dangerous world of all.”  — Lois Lowry, contemporary children’s book author

In a previous article we wrote:

“The Progressives have been in virtual control of America for over 100 years.  They intend to remain in control, even if they can’t do it by votes.  They have taken over the schools, academia, government institutions and the news media and they will maintain their control by force of arms if patriots (conservatives) even so much as hint at challenging their authority.  It’s been coming for a long time.  It is the final evolution of a liberal, socialist, ideologically driven dictatorship.”

This came home to us in spades when we discovered that Comcast had blocked all of our e-mail accounts.  This occurred right after the release of our article entitled “There Is Only One Solution, Force Government’s Hand” that appeared on the Newswithviews website on April 22, 2015 and also appears on our website HERE.

If you sent us an e-mail with a comment about this article and you didn’t hear back from us, it is because we never received your comment.

This isn’t the first time that Comcast has blocked our e-mails.  Their excuse has always been that they are trying to control SPAM and they have received complaints from people that our articles are SPAM.  Except that this last article was only sent by e-mail to Newswithviews and no one else.  Is government or big business reading all of our e-mails, including the ones we send to publications and our friends?  Of course, especially if our e-mails or articles are critical of the government!

We have received several e-mails from other people that report of their e-mails disappearing, or e-mails not received, or e-mails not delivered.  All of these messages are coming from conservatives.  Where are these e-mails going?  They are purposely being sent, by unseen hands triggered by an algorithm, into the vast ocean of cyber space, never to be heard from again, allegedly marked as SPAM.  Those unseen hands are most likely tied to government and there is a good chance the e-mails are ending up on government servers.

Since the IRS scandal wherein they targeted Conservative groups before the 2012 election for Gestapo-like scrutiny, and like a Wisconsin District Attorney that used the enforcement power of the police employing middle-of-the-night SWAT team raids to “SILENCE” conservative activists in that state, this attack by the government, political activists and industry on American conservatives seems to be growing into an epidemic.

Ladies and gentlemen, there is a pattern here and we are not making an allegation, we are directly accusing government and sympathetic big business of CENSORING conservative messages in a wholesale and blatant attempt by progressives to silence those messages thoughout America.  That is the same reason that the progressives, under the power of the FCC, are pushing so-called “Net Neutrality” to control the conservative message on radio and TV.  Watch out, Rush Limbaugh and Fox News!

You don’t have to conquer a nation with guns anymore.  All you have to do is to take control of the news media, education, money, energy, land, food, water and health care ….. by force of law, hoping that the people are so docile, they will roll over and bow down to this control.  Guess what?  The people have.

We are fighting back in many ways, as we have outlined in our weekly column.  In the case of the blocked e-mails, we have sent a direct message to Comcast Corporate, saying the following:

“I am a “Conservative” author that writes a national weekly column on conservative issues, you know, like freedom, liberty and property rights.  It seems like every month now, Comcast blocks our several e-mail accounts, allegedly to control SPAM.”

“I strongly condemn Comcast and its senior officers for using their extensive position and power to silence political speech, because blocking our e-mail accounts is exactly what that is.”

“If Comcast is receiving orders from the U. S. Government to block our e-mail accounts, that is a whole different matter.  But that begs the question, why would Comcast cave into such an unconstitutional act demanded by government, against lawful American citizens?”

“If the block is not removed from our e-mail accounts immediately (see below), I will start a flurry of FOIA requests and get to the bottom of who is trying to SILENCE me because I am a conservative.  I’m beginning to wonder if America has morphed into Nazi Germany, or an ABSOLUTE Democrat MONARCHY.”

“This block is also directly affecting our revenue stream.  That’s restraint of trade.”

Needless to say, this silencing of our conservative message is censorship by any other name by a group determined to exterminate all conservative thought.   Once free speech has been silenced, you can pretty well say goodbye to any other so-called “unalienable” rights in the Bill of Rights.

As you sit around the dinner table tonight, start processing what it means for government to have the power to control every element of your life, including your money, your land, your water, your food, your energy, your health care, your right to own firearms, your religion, your right of assembly, the right of an objective and free press ….. AND YOUR SPEECH.

What you may not understand, or even acknowledge, is that government already has that power and has egregiously abused it by directly violating the constitutional limits on its power.

Who will stop them?

America, The Land of Censored Conservative Speech added on Sunday, May 3, 2015

One Response to "America, The Land of Censored Conservative Speech"