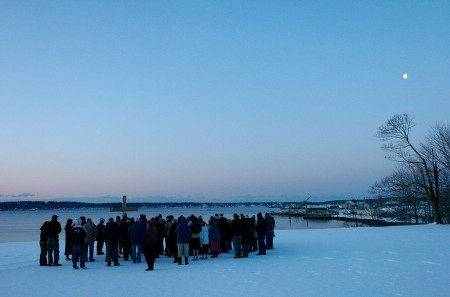 (Apr. 23, 2015) — The move of the US and the world is heavily toward ‘internationalism’ and submission to UN-new age and Muslim standards.  We have watched Obama lecture the world, and Americans, justifying his illegal and UN-Constitutional activities over and over.  Remember how Obama marched around Congress, breaching the 1973 War Powers Act and throwing us into an illegal and stupid war in Libya.  He made sure Gaddafi was conveniently assassinated while arms shipments to Muslim terrorist rebels in Syria was covered up.  We were told to bow down to the UN and international demands first,not our laws, Congress or reasoning.

The lifeblood of the Obama administration is to attack Christians, parental rights, families and God Himself.  Obama and Hillary have been extremely supportive of ‘The Rights of the Child’ convention at the U.N.   As usual, on the surface everything sounds so good and reasonable.  What is wrong with protecting children from predators around the world and preserving rights?  That has been the dressing that Obama and Hillary have hidden behind for years.  It is the farthest thing from the truth.

What is really being protected is the complete and total control and then destruction of the sovereign rights that parents have.  The UN and their international governing body would forbid spanking and parental rules and guidelines they don’t agree with. Requiring a child to go to church against their will on a Sunday would become a crime and could get your child taken right out of your home. Kids would also be allowed to roam all over the Internet without parental controls and protections.  Welcome to the sexual and human trafficking playground, children.  A pesky parent would have limited, if any, controls over their child.  Remember Hillary’s mantra “It takes a village to raise a child.”  She and Obama believe the same.  Parents and God can’t raise the child; only the Government and the U.N.  Well, I and America have a saying also – “It takes ‘the people’ to crush a dictator.”  So let’s bring it!

It comes down yet again that Christian and conservative parents are just in the way.  This is going to get dramatically worse very soon as the tests get bigger for us all.

Recently James Dobson commented on his show “Family Talk” that if the Supreme Court comes down with the decision he and other Christian leaders expect — for mandated same-sex ‘marriage’ that Christians have glow with targets on their heads.  They will quickly become the hated class of people and attacked even more than they are.

Let this new emerging reality roll off your back for a second.  If gay marriage becomes the new law of the land, then all its related tentacles could quickly dig a cemetery plot for those who dare to speak up.  Can anyone have a stated opinion without dire career and legal consequences regarding marriage and what the Holy Bible says?  Will Pastors be threatened, even eventually arrested for preaching on sexual sin on a given Sunday?  What about freedom to speak your mind on blogs and in talk radio?  There will be traps and progressive spies peppered all over to attack the 1st amendment rights of Christians and conservatives?  This is going to happen.  The question is what are you going to do about it?

Will you submit and suffer in silence — believe one way and speak another?  Many will become ‘two-faced’ over night, including many behind the pulpits.  When a country and its governing and legal system turns on God, will you also?

You had better start figuring out who you are and what you are made of.  There are legacies to be made. There are wrongs to be righted and stark evil to confront.  Make a good decision as to who you are or go down in compromising flames and get out of the way.  I have work to do.  Will you join me?

Christians Will Soon Be the Pariah to Eradicate added on Thursday, April 23, 2015

2 Responses to "Christians Will Soon Be the Pariah to Eradicate"