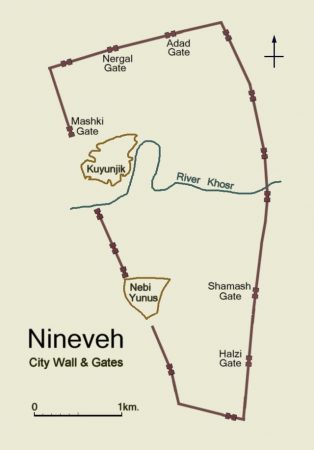 (Apr. 3, 2015) — We wish all participants and observers of this holy season a Happy Good Friday, a Happy Easter, and a Happy Passover.

Today’s treatment of Christians in a great many nations is disturbingly and reminiscent of the brutal persecution and genocide of the early followers of Jesus Christ; it is a current-day “Crime Against Humanity.”  Christian Americans are frustrated by the indifference displayed by the U.S. government in its refusal to join with world leaders to condemn the persecution, torture, and genocide of helpless Syrian and Assyrian Christians by Islamic terrorists who are members of ISIL and Al Qaeda as the genocide intensifies from week to week.  We are now also observing the religious persecution of conscientious and believing Christians in the United States, led by the left-of-center liberal media establishment.

Assyrian Christianity started in the Plains of Nineveh with first-century Apostles in churches the Disciples founded, and Assyrian Christians still speak Aramaic, the language that Christ spoke.  For over 2,000 years, they endured and survived the Roman persecution of Christians, sieges by Saladin, conquests by the Persians, persecution by the Ottoman Empire, oppression by the Mongols, Turkish genocide at the turn of the century, World War I, World War II, Iraq’s long war with Iran, and the US-led coalition Iraqi War with Saddam Hussein.

But in just ten months, ISIL and Al Qaeda have forced hundreds of thousands of Assyrian Christians into exile.  At one time, 4 million Assyrian Christians made the Plains of Nineveh, in what was once Mesopotamia (Iraq today), their traditional home.  By clicking on the link below, you can view the 60 Minutes segment that will take you inside Iraq today and describe the life-and-death struggle in which Assyrian Christians, trying to survive, are involved.  http://www.cbsnews.com/news/iraq-christians-persecuted-by-isis-60-minutes/

Shocking Genocide of Christians in Syria and Iraq by ISIL and Al Qaeda is Intensifying added on Friday, April 3, 2015