“THEY LOOK SO FOOLISH” 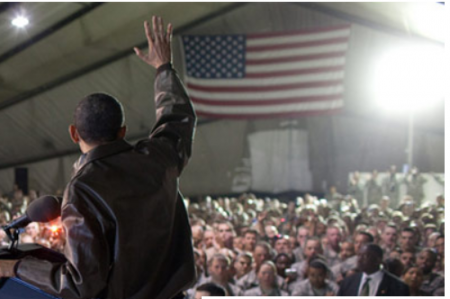 (Mar. 19, 2015) — “Good evening. Roving Reporter here at the (BLEEP) Tavern here on (BLEEP) Street in Chicago about to interview a couple of Obama supporters.

“They’re arriving now, coming in through the back door, and they’ll sit on the other side of this screen so they can hide their identity. I can reveal that one of them is a Democratic Senator and fears the wrath of Harry Reid, another one a ‘Democratic Strategist.’

“Well, thank you for showing up. Please speak slowly and clearly into your microphones so as not to overload the synthetic voice device.

“On the record, I’m appalled. Forget any chance of peace in the Middle East.”

Roving Reporter: “And off the record?”

Obot #1: “The best thing to happen in the last seven years. It’s about time someone stood up to the Muslim in the White House.”

Roving Reporter: “They say if it wasn’t for the New York Jews donating to the Obama campaign and voting for him in the first place, he never would’ve been ‘elected.’ This question is for Obot #2.”

Obot #2: “Makes you wonder how many Jews voted for Hitler in the 1930s, doesn’t it? I think that Obama working hand-in-hand to give Iran a nuclear weapons capability was the tipping point, that and they’re just not buying any sort of ‘Peace Agreement’ with any Muslim anywhere on earth, especially with Arafat’s PLO terrorist army.”

Roving Reporter: “But if you two feel that way, why don’t you just come out and say it?”

Obot #1: “Because if we told the truth, we’d get in an ‘accident’ or something; either way we’d be kissing any chance of getting reelected out the window.”

Obot #2: “She’s right. Oops, I mean Obot #1 is correct. It just doesn’t make any difference what party you’re in, you got to toe the ‘Party Line’ or else they’ll get rid of you like yesterday’s news.”

Roving Reporter: “Okay, here’s one for you: what makes an ‘Obot’ an ‘Obot?’ I can maybe understand at first it was ‘Party,’ as in, ‘I’ve always voted Democrat. My parents did.’ But after the Obamacare ‘You-can-keep-your-doctor’ fiasco and everything else, what gives?”

Obot #3: “You mean like ‘Fast and Furious’ and Benghazi?”

Roving Reporter: “Exactly. Thank you. After all the sealing of the records, the fake Birth Certificates, open borders, releasing violent illegal immigrants back into our society, they’re still supporting Obama, even to the point of turning their backs on the PM of Israel. What’s their excuse this time?”

Obot #1: “They don’t have any. They’ve backed themselves into a corner and can’t figure it out.

“Look, it’s like the Birth Certificate thing. They know he hasn’t shown a real legal Birth Certificate, but they can’t admit it. They know that Obama and his cronies are following the blueprint of Hitler when Germany was taken over, but by this point they don’t care.”

Obot #3: “That’s just the way it is. Because they look so foolish, admitting that they were wrong, very wrong, is just too much for them. They’d rather see America go down in flames than admit their mistake in backing the usurper de facto president Obama in the first place.”

Obot #2: “And then there are those who are just plain stupid, for lack of a more ’politically correct’ phrase. They just don’t understand what the fuss is all about with the ‘ineligible’ and ‘not even a US citizen.’

“They can’t comprehend the Administration’s attack on the 2nd Amendment. They actually trust the government, mainly because that’s who sends them their Food Stamps, Welfare and keeps them downtrodden, but they can’t see it. They can’t see that it’s their very own Party that’s their own worst enemy.

“I’d just like to add this: if half the Democrats in congress had half the integrity of Richard Nixon, they would’ve resigned by now.”

Obot #3: “Ferguson, MO, is a good example. You think any of those arsonists and looters are going to see the inside of a jail, let alone a courtroom?”

Roving Reporter: “Who would you like to see run for president?”

Obot #1: “Anyone who speaks the truth. We’ve yet to hear the word ‘deport’ in referring to the illegal immigrants and Muslims, and until we do, America will continue its slide into mediocrity and oblivion.

“And we want to know who gave the ‘Stand-Down’ order when our guys were being murdered in Benghazi.”

Roving Reporter: “Time’s up, Obots. Thank you for your informative answers; I’m sure our audience enjoyed the show.

“I’d like to add my two cents, if that’s okay. Remember that song by Billy Joel, ‘Keeping the Faith?’ I just wish our politicians would keep their Oath.

“This is Roving Reporter signing off. Have a good evening.”

One Response to "Secret Obot Interview"