WHO HAS REALLY ADVOCATED CIVIL RIGHTS FOR BLACKS?

(Mar. 12, 2015) — Two recent outrages following the 50th anniversary “Bloody Sunday” march in Selma, Alabama, require a pointed response to Democrats.  First, a photograph of Barack Obama leading a march across the Edmund Pettus Bridge in Selma is minus its most distinguished participant, George W. Bush.  The photo appearing on page one of the March 8 edition of the New York Times, above the fold, has been skillfully cropped to eliminate any photographic evidence that George W. and Laura Bush marched across the bridge with Obama and other black leaders.

Then, a black woman named Diane Nash, identified as a Martin Luther King, Jr. “Lieutenant,” proclaimed that she refused to march in the reenactment because George Bush was a participant.  As she explained, the reenactment of the March 7, 1965 march was intended to show support for non-violence, which George W. Bush opposes.  Yet, she and other Democrats appear not to be concerned that Selma’s most visible landmark is named after a known white supremacist, a reputed member of the Ku Klux Klan.  Nor do they seem to find any incongruity in joining forces with the Democrat Party, a party that for nearly a century imposed its will on black people with whips, bullets, fire bombs, and the hangman’s noose.

Each and every year the American taxpayer spends billions of dollars and countless classroom hours on a curriculum called “black history.”  But one wonders exactly what is being taught in those classrooms.  Are the schools and classroom teachers innocently omitting significant truths of black history, or are they purposely lying to black children?  Are black children being taught that it was the Republican Party that was born out of opposition to slavery, and that it was the country’s first Republican president who put an end to the institution of slavery?  Are they being taught that hundreds of thousands of the sons of white Republican abolitionists gave their lives in order to free black men and women from the bonds of slavery?  And are they being taught that it was Republicans who gave us the 13th, 14th, and 15th Amendments, outlawing slavery and giving blacks citizenship and the right to vote?

In the years immediately following the Civil War, southern Democrats found that they could no longer control and oppress their former slaves.  However, just because human slavery had been permanently abolished, Democrats didn’t immediately join the ranks of abolitionists.  Instead, in 1866, they established a paramilitary auxiliary called the Ku Klux Klan to keep the freed slaves in line and to force them to vote for Democratic candidates.  And once they’d regained control of the southern legislatures they set about enacting Jim Crow laws and the Black Codes, dictating where and for whom blacks could work, where they could live, where they could eat and sleep, which restrooms and drinking fountains they could use, and where they were allowed to sit in movie theaters and on trains and busses.  Such inhumane policies were still in effect as late as the 1950s.  As black historian John Hope Franklin has written, “The personal indignities inflicted upon individual whites and Negroes were so varied and so numerous as to defy classification or enumeration.”

Herbert Aptheker, in his book, Documentary History of the Negro People in the United States, Vol. 2, quotes the November 1, 1871 testimony of John Childers, a black resident of Livingston, Alabama, as recorded in Senate Report No. 579 of the 48th Congress.

Childers was questioned about threats made against him and whether or not he was afraid of what might happen to him if he voted Republican.  Childers replied, “I was sir, because… there was a man that told me he had a coffin already made for me.  Yes, sir, I voted it, and don’t pretend to deny it before nobody.  When I was going to the polls there was a man standing in the door and (he) says, ‘Here comes you, God damn your soul, I have a coffin already made for you.’   I had two tickets in my pocket then; a Democratic ticket and a (Republican) ticket.  I pulled out the Democratic ticket and showed it to him, and he says, ‘You are all right, go on.’ ”

On March 25, 1871, Kentucky blacks sent a letter to the Congress, saying, “The Democratic Party has here a political organization composed only of Democrats – not a single Republican can join them…. We pray that you will take some steps to remedy these evils listed below?”  The letter provided details of 85 murders (hangings and shootings), 18 beatings, 5 fire-bombings, 1 rape, and 10 miscellaneous attacks in Kentucky in the three year period between January 1868 and January 1871.  Although no official records of Klan atrocities, nationwide, are available for the years 1866 to 1882, Tuskegee Institute records indicate that, between the years 1882 and 1951, some 3,437 blacks and 1,293 whites, nearly all Republicans, were lynched by the KKK.

On May 17, 1918, Klansmen committed an atrocity in Valdosta, Georgia that almost defies description.  Mary Turner, a black woman who was nine months pregnant, announced that she would seek the prosecution of the Klansmen who had lynched her husband, Hayes Turner.  A mob dragged her from her home, tortured her, and hanged her.  And while she was still alive, hanging from the rope, they cut open her womb, the child spilled out onto the ground and they crushed the baby’s skull under the heel of a boot… proving only that Democrats, in the history of their party, have been just as ruthless and bloodthirsty as the fighters of Islamic State who have a fondness for cutting the heads off their captives and burning others alive.

Are black children instructed on the evils of the KKK and who they were?  If not, they may be interested in the congressional testimony of former Klan member Thomas W. Willeford.  When questioned about his initiation into the organization and what he was told of the objective of the Klan, Willeford replied: “They told me it was to damage the Republican Party as much as they could… burning, stealing, whipping n_ _ _ _ _ s and such things as that.“

Unlike blacks of today, 19th century blacks had a well-informed opinion of Democrats.  Herbert Aptheker has written that, on February 18, 1884, Mrs. Violet Keeling, a black woman, testified before a U.S. Senate committee regarding black voting preferences.  She was asked what she would do if she found that her husband had voted Democratic.  She said: “I think if a colored man votes the Democratic ticket he has already sold himself… I would just pick up my clothes and go to my father’s, if I had a father, or would go to work for 25 cents a day.”

Just before the final Senate vote on February 7, 1894, Senator George Hoar (R-MA) took Democrats to task on the Senate floor.  He said, in part, “Wherever there is a crevice in our protection of the freedom of the ballot there you will find the Democratic Party trying to break through.  Wherever we have left open an opportunity to get possession of an office contrary to the true and constitutional will of the majority, there you will find that party pressing; there you will find that party exercising an ingenuity before which even the great inventive genius of (the) American People, exerted in other directions, fails and is insignificant in the comparison… …

“If you will produce me a citizen of the United States, a Democrat, who lost his honest vote in consequence of intimidation or impediment, created by these United States marshals, I will find on record here the proof of ten thousand Republicans who have lost their votes by Democratic practices….  Mr. President, the nation must protect its own.  Every citizen whose right is imperiled, if he be but one, when it is a right of national citizenship and a right conferred and enjoyed under the Constitution of the United States, has the right to demand for its protection the entire force of the United States until the Army has spent its last man and the Navy fired its last gun.  Most of us have nothing else than the right to vote….  The urn in which the American cast his ballot ought to be, aye, and it shall be, as sacred as a sacramental vessel.” 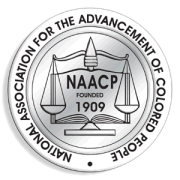 And finally, are young blacks taught that, in 1909, four white Republicans issued a call for a meeting to discuss racial justice for African Americans?  The organization created as a result of that meeting was the National Association for the Advancement of Colored People (NAACP)… the once-respected organization whose politics has drifted so far to the left that it has lost all relevance as a force for the social and economic advancement of minorities.

Since the earliest days of the civil rights movement in the 1950s, African Americans have been so thoroughly propagandized by Democrats that most rank-and-file Republicans consider them to be a lost cause.  They won’t even attempt to reach out to blacks because they’re convinced that, if they do, black leaders will only attempt to draw them into a bidding war for the hearts and minds of black people.  That, Republicans will never do.

Sadly, the spineless men and women Republicans elect to Congress today seem blithely unaware that they are playing an entirely different game than their colleagues across the aisle.  Perhaps one day they will come to understand that Democrats of today are pretty much like Democrats of the 19th and 20th centuries.  The only major difference being that, today, they no longer arrive on horseback in the middle of the night, carrying ropes and torches and dressed in hoods and white sheets.  Today, they fly in private jets and wear Armani suits, silk ties, and Rolex watches.

On March 7th, Ms. Diane Nash refused to participate in the reenactment of the march across the Edmund Pettus Bridge because she was afraid she might accidentally rub elbows with George W. Bush.  Wouldn’t it be fun to sit down with Ms. Nash just to remind her of all the things black children are not being taught in “black history” class?

Pinning the Tail on the Donkey added on Thursday, March 12, 2015

One Response to "Pinning the Tail on the Donkey"