DOES AMERICA RECOGNIZE THE ENEMY? 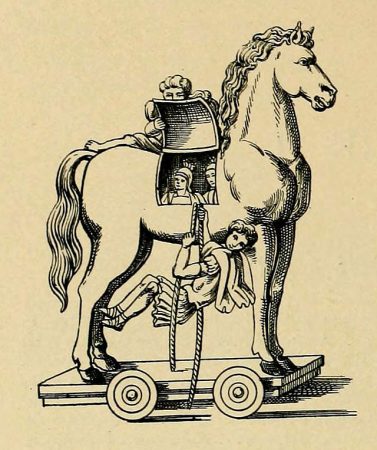 (Feb. 5, 2015) — Don’t you just love it, “moderate” Muslims patiently explaining to us non-believers how “barbaric” and “un-Islamic” the “butchers” are who burned to death Jordanian fighter pilot alive. And isn’t it interesting noticing all of the Islamic States jumping on  board, condemning such “horrific” acts, not realizing, not knowing they’re just 1,400 years too late in their condemnation of such methods of murdering anyone who doesn’t subscribe to their way of life.

There are the Muslim Brotherhood, PLO, Hamas, Hezbollah, CAIR, ISIS, Libya, Boko Haram, Iran and all the other billion or so Muslims fighting the war against the West, spreading Islam into the true New World Order, the worldwide Caliphate.

A couple of years ago there was a New York cabal television network that was to show Americans how Islam is benign and peaceful. The owner, a Muslim, beheaded his wife because she was suing for a divorce.

So what, really, will it take until Muslims will not be allowed in our military? How many of our men and women will have to be killed by Muslims in our military until we say “No more”: five killed in Kuwait, 14 at Ft. Hood.

How many Muslims will be disguised as “Trojan Horses” until the West gets wise to their ways? Smooth talkers, smiles, laughter, women sans hijabs and burqas, men without beards, spouting the “misunderstood” part of “Kill Jews, Christians and all the other Infidels wherever Ye may find them.”

It’s not up to the West to determine which Muslims are less likely to go on murdering rampages: it’s up to the Muslims themselves to discard a one-way ticket to hell.  Then, and only then, will they be welcomed into the arms of the human race. Until then, all bets are off.

The Taliban in Afghanistan arrested a woman for selling bread and they sentenced her to death by throwing her in the very oven she used to bake the bread. That is how she died, so this talk about how “it’s against the Quran burning people alive” is nothing but Islamic “political correctness” public relation lies.

It would behoove those of the West to be aware of the lies and half-truths of the purveyors of Islam. Books and plays have been written about the Trojan Horse and to be smart enough to recognize one when you see it. The enemy is Islam; remember that.

Luring into a False Sense of Security added on Thursday, February 5, 2015