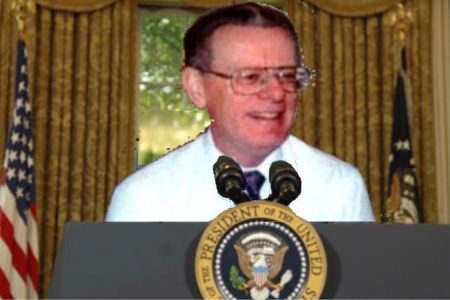 (Jan. 18, 2015) — NOTE:   With the Republican candidates for president beginning to fill up for 2016, it seemed appropriate to recycle this article we wrote in June of 2011.  It is not likely that every conservative will agree with our “platform,” but then since we have no intention of running for president, it is of no consequence.

“Nearly all men can stand adversity, but if you want to test a man’s character, give him power.”   ~ Abraham Lincoln

Some of us wonder what we would do if we were given the power to lead others?  No one can know for sure until leadership is thrust upon them by circumstance, or sought out by riding a wave of ambition.  But to lead a nation is a far cry from leading a band, or a small town, or even a corporation.  To lead a nation you must have a clear vision of the true character of that nation.  The true character is embodied in the events that led up to the creation of that nation.  In the case of America, the true character manifested itself in the unalienable rights of the individual, as in a Constitutional Republic under the rule of law, with the rights of the individual being protected from the whim of the mob, as in a Democracy.  That character was codified into law by the Declaration of Independence and the U.S. Constitution.

Yes, over time the true character of a nation can change, if the people themselves forget the foundation upon which that nation was built and succumb to the siren call of the mirage of “free” handouts from government, that are in fact, anything but free and always come with a set of conditions …. invisible handcuffs.  The current reality is, the true character of America has changed and the foundation of its character, the Constitution, has been sorely weakened because of the human weakness of always wanting something for nothing, as long as someone else gets to pay for it.  That change has set America on the path to economic, financial and moral destruction.  Further it leads to dependency, mediocrity and self-loathing.

So those that ponder these realities ask themselves, knowing what I know of the true character of America, what would I do if I were president.  But before the list is contemplated it must be realized that no matter what your intentions as president are, political, social, economic and foreign realities, or the law, could very easily change, alter or modify those intentions.  With that in mind we will attempt to lay out our vision of America, based on our knowledge of America’s true character and list what we would do if we were president.

When we started the National Association of Rural Landowners, we created 18 principles for a free America.  Those principles, that are patterned after the U. S. Constitution, can be read on our website at: http://www.narlo.org/18principles.html.  The things we would do as president follow those principles.

The following 20 things we would do and more, but not necessarily in the order shown, if we were president.  They would include but not limited to:

1.    We would close our borders to invasion by all those who come here illegally, by any and all means, including lethal means if necessary.  This massive illegal invasion threatens our national security, as well as the economic and legal stability of the entire nation.  In addition, we would remove the magnets that make illegal aliens come here in the first place, to whit:

b. Stop all safety net benefits to those who cannot prove they are here illegally.

e. Deport all those who are detained in the process of enforcing items a, b, c and d.

We would work to clarify the meaning of the 14th Amendment as it relates to foreign babies born on American soil with the goal of stopping the anchor baby madness.  Finally, I would veto any attempts by the Congress to grant amnesty to any illegal alien.

2.    We would work with Congress to phase out all entitlements, including social security, Medicare, Medicaid and welfare, over a period of 15 to 20 years.  None of these programs are constitutional, nor are they fiscally sustainable.  They will bankrupt the country if allowed to continue unabated.  We would then work to provide incentives for charitable giving to churches throughout the country and let them handle the welfare problem.  That takes federal government welfare and government-enforced charity out of the equation and lowers the cost dramatically.  The issue of the poor should and must be handled at the state or private level.  Current welfare recipients would be required to take drug tests as a qualification to receive welfare benefits until the program is phased out.   No welfare for druggies.

3.    We would work to repeal Obamacare and then work to remove the barriers to cross-state-line insurance and drastically reduce punitive damages for health care-related lawsuits.  This would increase health insurance availability, lower the cost of insurance and reduce medical procedures for the purpose of protecting against lawsuits, thereby lowering medical costs.

4.    We would work with Congress to cap the debt ceiling by cutting government costs below the current ceiling.  We would then work to establish a pay down method of the debt.  I would stop all foreign borrowing of our debt.

5.    We would work to institute a balanced budget amendment, except in time of war.

6.    We would work to institute term limits on all congressmen and senators to two terms for congressmen and one term for senators.  This would go a long way in reducing political corruption, featherbedding, money-for-favors and graft.

7.    We would work to reduce corporate, union and special interest lobbying, that lobby government for special treatment and in addition, we would work to reduce regulations on businesses.  Our administration would be business friendly, especially small business.  In contrast however, the social justice and environmental communities and any UN mandates would find our administration very unfriendly.   Social justice and radical environmentalism are frauds and anti-American.

8.    We would work to disband the Internal Revenue Service and go to either a flat tax or value-added tax, or return to the tax structure in the constitution.

9.    I would work to dismantle hundreds of federal government bureaucracies like the Department of Education, the Department of Energy and the Environmental Protection Agency, thus reducing their affect on business and thereby the economy and significantly reducing the cost to the taxpayer to operate them.  The savings would be in the billions of dollars.

11.    We would instruct the Department of State to quit pussy-footing around with corrupt and brutal leaders, or committing foreign aid to them.  If they do not cooperate in America’s interests, they would be warned.  We would not enter into nor promote any treaties that operated contrary to the Constitution or American interests and we would work to withdraw America from existing treaties that do so.

12.    Any American who was in danger on foreign soil from kidnapping or judicial injustice would receive the full protection of the United States Government by whatever means, just as we did years ago.  Our embassies would be so instructed.

13.    We would pull out of the United Nations, stop America’s contributions and send them off of American soil.

14.   We would warn foreign countries against harboring terrorists who attack or plot attacks on American soil, with potentially dire consequences.

15.    On any war we authorize after the approval of congress, we would request of my military advisors the amount of men and materials needed to completely conquer the country, dismantle the current leadership structure and install a military leadership until a non-corrupt civilian leadership could be established, just as we did in World War II with Japan and Germany.  The goal would be absolute victory and the destruction of corrupt government and all military opposition.  We would establish powerful military bases in the Middle East to keep those surrounding countries with territorial ambitions from succeeding in those ambitions.  Iraq and Afghanistan come to mind.  We would continue to support Israel as our only true ally in the Middle East.

16.    We would pull troops out of Europe and South Korea, except those that would be absolutely necessary to reasonably support the governments they inhabit, or treaty organizations to which America is a party.  We would require much more of foreign governments in providing for their own defense.

17.    We would beef up military readiness such that America could handle three wars at one time.  We would once again make America the most powerful country on the planet such that no other power would be foolish enough to challenge us.

18.    We would instruct my justice department to protect, above all else, the individual liberties of every American and to prosecute crime against government, or against individuals, at the federal level.

19.    We would only appoint justices to the supreme or other federal courts that demonstrated to us that their judicial decisions would be based on literal interpretations of the constitution and not based on some left or right ideology, much less foreign influences.

20.    We would cease all foreign aid to any country in which American agents did not distribute the funds or the goods.

We have significant business experience, the wisdom of age and we are well read.  We have a science background, have a grasp of the issues and we possess the ability to think objectively, as well as to invoke inductive and deductive logic.  With these capabilities we would do all these things and more if we were president.  But remember one thing, none of it would have any meaning whatsoever if, in our heart and soul, we did not have a clear vision of the true character of America and we were devoid of honor.   We would be a true American president whose only allegiance would be to the Constitution, as is required by my oath of office.

In contrast, however, it is our considered opinion that the current president does not have a clear vision of the true character of America and is totally devoid of honor.  In fact, he represents a clear and present danger to this Republic and must be recorded in the history books as the worst president ever to serve as the leader of the free world.

Ron Ewart, a nationally known author and speaker on freedom and property rights issues and author of this weekly column, “In Defense of Rural America,” is the president of the National Association of Rural Landowners (NARLO) (http://www.narlo.org), an advocate and consultant for urban and rural landowners and a non-profit corporation headquartered in Washington State.  He can be reached for comment at info@narlo.org.

2 Responses to "What Would I Do If I Were President?"