“IT IS TIME FOR A THIRD PARTY” 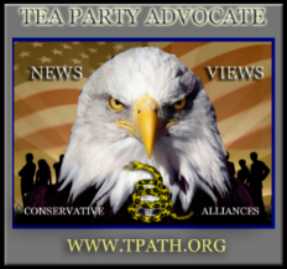 (Jan. 7, 2015) — Chatter among those in Movement Conservative reached epic proportions as social media outlets buzzed with horror when John Boehner was re-elected as Speaker of the House. Boehner received 216 votes from House Republicans, with a mere 25 casting their votes for other candidates.  After a valiant campaign by many Conservatives and Conservative organizations to oust Speaker Boehner, most of the House Republicans chose to disregard the wishes of their constituents and vote for Boehner, whose name has become synonymous with the word “RINO” – as well as less civil labels.

Many Conservatives, who had high hopes for recently elected representatives, especially Mia Love who cast her vote with the other 216 Republican RINOs, are in shock over Boehner’s re-election. Barbara Gonzalez, co-founder of Bayshore Tea Party Group and the FaceBook group NoRINO2016, expressed the disappointment, anger, and deep frustration felt by many Conservatives across this country.  Gonzalez stated:  “I am deeply disappointed, disgusted and even mildly traumatized by today’s vote for the Speaker. Mia Love, for one, was elected with the help of the Tea Party. She turned her back on those very people today. As far as Trey Gowdy goes, I had started to have my doubts about him and started to see him as a blowhard. Those doubts have turned out to be valid. I have nothing but respect today for Congressman Gohmert and all of those who had the courage to go against the establishment. It is time for a third party.”

Yes, it is time.”  Gonzalez’ words speak volumes for many who have considered supporting a third party in the past but feared that effort would only split the Conservative vote and ensure the election of more liberal Democrats.   Although the re-election of Boehner may be interpreted as a win by some RINOs, they may find out it was the final straw that breaks the back of their establishment machine. Boehner’s win can very easily turn into the greatest loss for the Republican Party since Clinton defeated Bush in 1992. In the future, instead of celebrating January 6th’s “Epiphany” as the day the three wise men visited baby Jesus, it may become known as the day Conservatives finally realized that they were confusing the Republican Party with Movement Conservative.

While the Republican Platform remains noble and sane, today Republicans nationwide have been faced with the hard reality that the majority of those representing the Party of Lincoln do not support their own Party’s platform.  They have also been faced with the reality that Lincoln’s statement in the Gettysburg Address: “. . . that this nation, under God, shall have a new birth of freedom. . . and that government of the people. . .by the people. . .for the people. . . shall not perish from the earth ” must be accompanied by a new birth of freedom to be carried out by a new political party or the government of the people…by the people…for the people will surely perish. Surely Boehner’s re-election will mean many things to many people, but to this Conservative Constitutionalist it means that we must put aside our fears of a third party and make it happen –  for without it, we have already perished.