“THE MOST AMAZING MIRACLE” 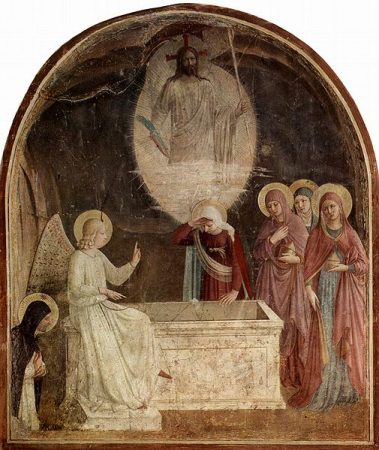 (Dec. 2, 2014) — We find ourselves lost yet again in the land of Christmas absurdities.  One school near Boston almost cancelled students seeing the famous “Nutcracker” due to the possible damages of being exposed to a Christmas tree.

Prepare your mind for other moronic cocktails.  We are already seeing the atheists rise up, squealing like pigs that have lost their bacon.  No doubt the ACLU and other “rights” groups will rush around threatening lawsuits everywhere simply because someone displays a manger scene at work or at school.  Manger scenes, Santa Claus, and now Christmas trees are apparently on death row.

In my high school in Walla Walla, Washington, I was told to paint some Christmas scenes on the windows.  I was known as the school artist. No one told me what I couldn’t paint so I did a lot of different themes reflecting Christmastime.   The hammer came down just as soon as I was done. I was ordered to promptly erase all the bells, manger scene and even Santa Claus.  This was all due to the special needs and rights of the few atheists on campus.

I am hideous with math, but even I can figure how the progressives and anti-God folks add things up.  At Walla Walla High School there were two atheists with all the rights and 600 students who wanted Christmas scenes of all kinds painted on the windows, and we had no rights.

Christmastime reminds me yet again of the progressive and Obama math.  All on Obama’s side and zero on “the people’s” side.  The masses in America are to only get what poser-Obama will allow to cross the line as a reward to us – and that is only if we obey and worship him and his agenda.

This season Obama and his progressive sellouts handed poison and moldy dog bones across the line to us, hoping that we would all think it was yummy cake and take a big bite.  We didn’t and stuck the cake back in his smoke-stained mouth.   Obama has yet to understand the unbelievable and historical push-back of these midterms.

We gathered up all of Obama’s moldy toys, threw them back in his sandbox and said “Bite me.”  Obama continues to bite, alright, with his illegal amnesty bomb, laced with his “know-it-all” attitude.  However, his biting now feels more like a toothless 95-year -old trying to rip through jello.

The real power in this Christmas season is to know that God is in control, not Obama and his evil agenda.  God will not be mocked, and He does respond to the prayers of His people. Guess what:  there are millions of us in America who believe in the Lord Jesus Christ and draw on Him for strength and direction.

Obama draws moldy strength from the other guy…the one who already lost.

The biggest gift our nation gave to itself this Christmas was to stand against the evil of Obama and the progressive agenda this midterm election cycle.  This is the gift that will keep on giving starting in January when the new HOUSE and new SENATE start in.  We must be determined, forceful, and clear about the priorities and disciplined enough to keep communicating with our elected officials.

The new HOUSE and SENATE will be forced to walk and crawl over the bloody Obama ruins that are everywhere.  They will have to show up the first week with work clothes, chain saws and garbage bags.  After they undo and clean up, Americans want them to put our American agenda back on the table and forge ahead boldly.

Our nation was founded by Christians who understood the miraculous significance of Jesus in the manger scene.  The Son of God, Jesus (also God) came down to earth as a human to live among us, die for our sins and restore us back to Him.  That is not a shop-until-you-drop moment, nor a Christmas tree ornament.  It is the most amazing miracle that has ever hit this world, that we are not lost and that there is hope.

Americans must draw on the strength of the Lord as we stand up to Obama and his evil machine.  We are already seeing the push- back by Americans and I believe God Himself.  Keep praying and believing.  Let’s build back America and our lives.

Join me each day on my national radio show from 7-10pm PST.  You can listen at www.ksbn.net.  Or later on the archives at www.therothshow.com.

Americans Must Attach Themselves to the Power of Christmas to Win added on Tuesday, December 2, 2014