“THE CONSCIENCE OF THE NATION” 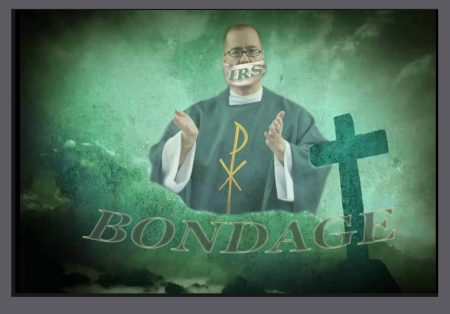 (Nov. 21, 2014) — The biblical account of the Exodus contains some very interesting protests from people who had been in bondage for over 400 years.  After being delivered from Pharaoh’s whips and witnessing incredible miracles, the Hebrews complained about only having manna to eat. Considering that they were in the desert and God had supplied for their needs as well as delivering them from the cruelties of Pharaoh, you would think that they would be elated to finally be free. However, they looked upon their time of bondage in Egypt with longing since there they had fish and onions. While this complaining can be hard to understand, it makes a certain amount of sense when you consider that all they had ever known was slavery, which included a large degree of dependency.  They did what they were told or they suffered the consequences, but their food and shelter were provided. Dreams were non-existent, but neither was there pressure to get ahead and provide for one’s family. As odd as it may seem, this co-dependency between Pharaoh and the slaves provided a strange comfort zone.  To be sure, life was hard for the Hebrew slaves, but as we learned during their time in the desert, some preferred bondage to Pharaoh and dependency on him over the unknown of striking out on their own.

On the other hand, our Founding Fathers grew up in an America where liberty reigned – at least until an overly ambitious king realized he could flex his muscles and impose unjustified regulations and taxations upon them.  To a people who only knew liberty, risking all they had to defend their freedom was preferable to living under the heavy hand of a tyrant.  Patrick Henry’s famous speech clearly and passionately stated that life is not so dear and peace is not so sweet as to be bought at the price of chains and slavery.  However, some of the slaves in America, as the slaves in Egypt, also found comfort in living a dependent life. After the Civil War and their emancipation, many chose to stay on the plantations instead of facing the unknown. While we assume life would have been better for them after the Civil War, very little is recorded about their lives on the plantation during that period of time. Unfortunately, we do know that blacks were persecuted in the South well into the 20th century, but still many chose to stay.

This love of liberty by those who only knew liberty and their disdain for bondage was also expressed during the World War II era through Churchill’s sentiments that it would be better to die fighting when there was no chance of victory than to live in bondage.  But these sentiments seem only to be treasured by freemen who refused to live any other way than as freemen. And so the phrase “the land of the free and the home of the brave” may reflect more wisdom than we ever imagined, for freedom without bravery cannot exist. Those who only knew freedom during the time of the American Revolution and during World War II would rather die than submit to the chains of slavery.  While the comfort zone for the freed Hebrew slaves was bondage, the passion for liberty and freedom thrived among the American Colonists and the 20th-century Allied Powers.  For them, freedom was not just a comfort zone; it was the only acceptable way to live. They relished the fact that with hard work and good decisions, one’s dreams could be achieved.  If hopelessness and dependency are the hallmarks of bondage, dreams accompanied by a strong work ethic are the hallmarks of a people who refuse to submit to a yoke of slavery.

These two conflicting philosophies of life are worth pondering in a culture that has only known freedom and is willing to sacrifice it for a welfare check and some food stamps.  Unlike the freed Hebrew slaves, today’s would-be slaves find the comforts of government entitlements acceptable and are strangely willing to sacrifice their dreams for a free cell phone or other government handouts.  And like their Hebrew counterparts, for many of them this is the only life they have ever known. Because modern-day carpetbaggers and scalawags are willing to sow the seeds of hate to enslave them, they have ignorantly disregarded the true cost of these freebies.  They are led to believe that items are somehow owed to them by complete strangers, and in the process of accepting mediocrity, their hopes and dreams are sacrificed on the altar of entitlements. Those who look to past attempts to establish Utopian societies understand that socialism leads to bondage.  Predictably, those who believe a magnanimous government is the answer to all their woes will find that government to be maleficent instead of magnanimous, resulting in the death of all hopes and dreams for the general population.

What is a human being without hopes and dreams?
They are soulless and hateful – unrepentant and unloving.  They are bound by the sins of their mothers and their fathers.  They see nothing wrong with taking what someone else has worked for, since they have been led to believe that they are entitled to the fruits of someone else’s labors –  which somehow represents some kind of injustice. Their slave masters don’t walk around with whips; they have microphones instead.  They don’t just rob them of their freedom; they rob them of their souls. And so they chose hatred instead of love; bondage instead of freedom; and hopelessness instead of dreams.

Ultimately, the problem is much worse.  Their hopelessness will become our hopelessness.  Their hatred will infect our love, and their bondage will affect our ability to remain free.

How do you bring hope to the hopeless?  How do you bring freedom to those who are comfortable in bondage?  How do you teach those who hate to love? The Bible tells us we can wipe the slate clean if we are born again. But their preachers don’t preach the Gospel of Christ; they teach the Gospel of hate and social justice.   Some way, somehow this has to change or the land of the free will soon become the land of slaves.

In 1873, Charles G. Finney, one of the Great Awakening preachers stated:

Therefore, if God should decide to save America, the saving message must come from the pulpits.  Not only must they restore hope to the hopeless, they must restore the voice of the church that has been silenced by the 1954 Johnson Amendment. The real problem for America isn’t government corruption or the scoundrels that fill the people’s house; it is the silent pulpits. If the pulpits were to obey God rather than man – or IRS rules – our children could experience living the same life of liberty and freedom we once knew.  The church should be the conscience of the nation.  Without conscience, the nation finds comfort in electing and re-electing representatives who lie, cheat, and play-along-to-get-along. And as we are seeing, ambitious liars and cheats are transforming America into a land where the comforts of bondage reign over the hopes and dreams of a free people. The time to repeal the Johnson Amendment has come.  The time for the pulpits to start becoming the voice of God and the conscience of the nation has come.  If the pulpits remain silent, so many will choose the comforts of bondage that the great American experiment will cease to exist. May our pulpits come alive and defy Caesar’s gag order, and may God have mercy on America.