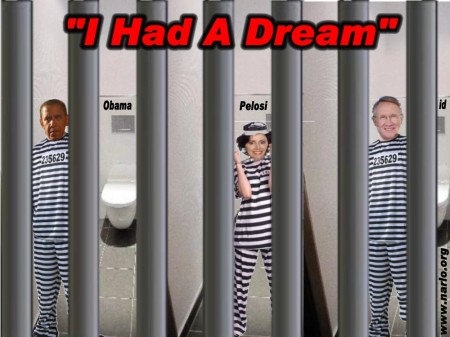 (Nov. 18, 2014) — “Rude contact with facts chased my visions and dreams quickly away, and in their stead I beheld the horrors, the corruption, the evils and hypocrisy of society, and as I stood among them, a great wail of agony went out from my soul.”  Victoria Woodhuff, 1838 to 1927 leader of women’s suffrage movement

It is abundantly apparent with punctuating clarity that the President and every single Democrat in both Houses of Congress lied through his teeth to get the Affordable Care Act (ObamaCare) passed into law.  This is just one more scandal to add to the litany of scandals surrounding Obama and his administration.  The revelations of lying and deceit perpetrated on the American people that have been exposed by the arrogant MIT Professor Gruber’s videos should fill every American with outrage and conjure up images of massive protests, possibly pitchforks, or maybe even revolution.  If government will go to these lengths to pull the wool over the eyes of the public to nationalize one-sixth of the American economy, of what else are they capable?  Only God knows what lurks in the minds of evil men, devoid of honor.

We are repulsed by and abhor the sheer arrogance of government, but mostly the Democrats, and wonder of what other frauds are they guilty in pursuit of their political, power and monetary gains.  We shudder to think of the possibilities.  Government appears to be hopelessly corrupt, at all levels.

Most everyone with any intellect knew right from the beginning that you couldn’t add 45,000,000 new “customers” to the existing U.S. medical system and not have it drive costs up dramatically.  Those of us who saw through the fraud and said as much were pigeonholed into the category of being an ObamaCare denier by the Democrats and the mainstream media.  All the while the President and the Democrats were uttering lie after lie after lie.   But then the Democrats excel at beating down, attacking, vilifying, maligning, smearing and slandering the opposition, or using charges of racism or sexism.  It is their standard modus operandi when they can’t win an argument on the merits, and as you can see from the 2014 mid-term elections, the Democrats have lost most of their arguments.  Millions of Americans finally realized, albeit very late, that Democrat policies are a fraud.

To understand what has been going on, it is important that we look at some relevant legal definitions of criminal behavior:

“Is the intentional use of deceit, a trick or some dishonest means to deprive another of his/her/its money, property or a legal right.  A party who has lost something due to fraud is entitled to file a lawsuit for damages against the party acting fraudulently, and the damages may include punitive damages as a punishment or public example due to the malicious nature of the fraud.  Quite often there are several persons involved in a scheme to commit fraud and each and all may be liable for the total damages.  Inherent in fraud is an unjust advantage over another, which injures that person or entity.  It includes failing to point out a known mistake in a contract or other writing (such as a deed), or not revealing a fact which he/she has a duty to communicate, such as a survey which shows there are only 10 acres of land being purchased and not 20 as originally understood. Constructive fraud can be proved by a showing of breach of legal duty (like using the trust funds held for another in an investment in one’s own business) without direct proof of fraud or fraudulent intent.  Extrinsic fraud occurs when deceit is employed to keep someone from exercising a right, such as a fair trial, by hiding evidence or misleading the opposing party in a lawsuit.  Since fraud is intended to employ dishonesty to deprive another of money, property or a right, it can also be a crime for which the fraudulent person(s) can be charged, tried and convicted.  Borderline overreaching or taking advantage of another’s naiveté involving smaller amounts is often overlooked by law enforcement, which suggests the victim seek a “civil remedy” (i.e., sue). However, increasingly fraud, which has victimized a large segment of the public (even in individually small amounts), has become the target of consumer fraud divisions in the offices of district attorneys and attorneys general.”

“Material misrepresentation is the act of intentional hiding or fabrication of a material fact, which, if known to the other party, could have terminated, or significantly altered the basis of, a contract, deal, or transaction.  It is a misrepresentation that would be likely to induce a reasonable person to manifest his assent, or that the maker knows would be likely to induce the recipient to do so.”

A deceitful agreement or compact between two or more persons, for the one party to bring an action against the other for some evil purpose, as to defraud a third party of his right.  A secret arrangement between two or more persons, whose interests are apparently conflicting, to make use of the forms and proceedings of law in order to defraud a third person, or to obtain that which justice would not give them, by deceiving a court or it officers [or the American People].

“Public corruption involves a breach of public trust and/or abuse of position by federal, state, or local officials and their private sector accomplices. By broad definition, a government official, whether elected, appointed or hired, may violate federal law when he/she asks, demands, solicits, accepts, or agrees to receive anything of value in return for being influenced in the performance of their official duties.”

The President and every single Democrat in Congress who voted to pass the Affordable Care Act (ObamaCare) is guilty of fraud, material misrepresentation, collusion and corruption.  For all we know, the Democrats are just pawns of the central bankers who were drooling over the huge redistribution of wealth (in the trillions) ObamaCare would trigger.

If the Democrats in Congress were members of organized crime (like the Mafia) they would be guilty of racketeering under the RICO statutes.  But then what has government become but one big giant Mafia-type racket with no respect for law, much less the Constitution.  There are some exceptions of course, like the military, the border patrol, some in law enforcement and many in our intelligence communities.  But then corruption exists even there.

Without a doubt, any citizen of America who is found guilty of fraud, material misrepresentation, corruption, collusion and/or racketeering could easily face huge fines and jail time pursuant to applicable federal law.  But if you are a politician, you can lie, dupe and mislead the American public and you don’t pay a price, except maybe at the ballot box when you are exposed.  The fraud, collusion and corruption by the Democrats, such as was perpetrated on Americans by passing ObamaCare, is not just an isolated incident here and there.  It is pandemic at all levels of government in both parties, but mostly in the Democrat Party.

Corruption tears the heart out of a nation.  It undermines the honor in men.  It subverts the processes of good government and it erodes the public trust.  But worst of all, corruption is a flesh-eating disease that devours liberty.

For at least 100 years, the Democrat Party (Progressives) has been using so-called social justice legislation and promises of payments or other gifts from the Public Treasury to buy votes from the less-informed, freeloaders, deadbeats and the millions of illegal aliens among us, which unfortunately, have become a majority in America.  The Democrats have been hugely successful and have managed to turn over half of the American population into dependents of the federal government who almost always vote for Democrats.  Open borders and amnesty for illegal aliens is all part of the plan to maintain political power in perpetuity.  Social Security benefits were and are part of that plan.  Medicare, Medicaid and President Johnson’s “Great Society” Welfare are all part of the Democrats’ Plan to secure political power indefinitely.

Ladies and gentlemen, it should be crystal clear that Obama and the Democrats, for evil purposes, forced ObamaCare down every American’s throat through fraud, collusion and material misrepresentations (lies).  The President and the Democrats own ObamaCare, and they should pay the price that every other criminal pays when caught in a criminal act.  If they do not pay the price, then there is no deterrent against criminal behavior by politicians.  If there is no deterrent, there can only be slavery, chaos and anarchy ….. or revolution.

Not one single Republican voted for ObamaCare.  Thus, every Democrat in Congress, including the ones who were just removed from office in the 2014 mid-term election, together with the current de facto President of the United States, should be charged with fraud, collusion, corruption and material misrepresentation and should be tried in a court of law, found guilty on the evidence, heavily fined and sentenced to long jail terms.  The damage they have done to our economy and American freedom is almost incalculable, and the evidence of their crime is overwhelming and incontrovertible.

Finally, ObamaCare should be immediately repealed and replaced with common-sense legislation that protects and preserves the doctor-patient relationship so that America will continue to have the finest health care anywhere in the world.

SIDEBAR:  To fight systemic corruption in government, we will be releasing a new book, a video and a website early next year, wherein we will describe how to root out corruption at the county level, one county at a time and free America from systemic corruption ….. in five years or less.

Every Democrat In Congress Should Be Charged With Fraud added on Tuesday, November 18, 2014