(Nov. 16, 2014) — Seven different varieties of unique Christmas cards are on sale which have been created by Darren Wesley Huff while incarcerated in Texarkana, TX.

The Post & Email has followed Huff’s case and that of CDR Walter Francis Fitzpatrick, III (Ret.), which arose in Madisonville, TN in 2010 and exposed systemic corruption in the Tenth Judicial District and throughout the Volunteer State to include members of Congress.

After having been sent graphical depictions of Huff’s drawings, The Post & Email contacted Huff’s mother to ask if her son had always been artistic.

“Yes,” she responded. “When he was a little boy, he was a fantastic artist.  He drew a notebook full of stuff, and he threw it away.”

Mrs. Huff said that she had wanted to keep the notebook and after finding that her son had disposed of it, she had asked, “Why?” to which he had responded, “They weren’t good.”  “But they were,” she told us.

We asked how old Darren was at the time, and she said between the ages of 10 and 12.

When we asked the type of drawings he had created, Mrs. Huff, who is in her 70s, recalled “a piece of driftwood,” among other objects.  “Then he went in to the Navy and did all that ‘young man’ stuff, and he wasn’t drawing anything.  But when he went to prison, he had a lot of time on his hands, and he started drawing again.  I had told him all his life, ‘Please don’t let your talent go to waste.'”

Mrs. Huff said that her son is also “a good poet” and “a good writer.”

We were told that the Christmas cards were created over the last 4-6 weeks, with each design taking approximately one week.  Mrs. Huff told us, “I don’t think he really realized that he was going to sell them.  He started off with the parrot because it was something to do.  Before the cards, he did some 11 x 14 drawings of some flowers and things.  I have most of them, but he has a friend who has some.”

She added, “My friend gave him a picture of his daughter and her husband.  He had never drawn people from a picture, and he did it perfect; it looked exactly like the picture.  This is Mom bragging, but I’m telling you truthfully – I’m not just making stuff up – when he was in the Navy, on his discharge papers, it says in five different places he is of superior intelligence.”

Darren is now almost 45.  He was sentenced to federal prison in May 2012 after having been convicted of “transporting firearms with the intent to cause a civil disturbance” by a jury which originally declared itself hung.  “Try again,” Judge Thomas Varlan had told the jurors.

Huff was acquitted on a second charge.

On April 20, 2010, Huff went to Madisonville, the county seat of Monroe County, TN, to attend an assignment hearing for Fitzpatrick.   On April 1, Fitzpatrick’s had attempted to effect a citizen’s arrest on the Monroe County grand jury foreman, who Fitzpatrick found had been serving for at least 20 years. Fitzpatrick was instead ordered arrested by now-retired Judge Carroll Lee Ross and charged with a variety of crimes.  He would be jailed five additional times in by Monroe County before leaving for nearby McMinn County in February 2012.

Dubbed “The Madisonville Hoax” by Fitzpatrick, more than 100 law enforcers from the local, county, state and federal levels had been summoned to quell what was reported to be a plot on Huff’s part to “take over the courthouse.”  Barred from the courtroom along with other would-be observers that day, Huff and his friend Bill Looman patronized a local restaurant unarmed and, after several hours, left uneventfully.

Curiously, Huff was not arrested until April 30, ten days later.  The FBI probable cause affidavit states that Huff had nefarious intentions when he went to Madisonville, although no altercation with police, court personnel or civilians took place.

Exculpatory evidence was sent to federal Judge Thomas Varlan in Knoxville prior to Huff’s sentencing, and Fitzpatrick attempted on several occasions to testify to a federal grand jury about Huff’s case with such evidence to no avail.  In an executive summary produced 18 months ago, Fitzpatrick released evidence that Huff was not where the FBI affidavit claimed he was in relation to the allegations contained therein.

Huff has denied to The Post & Email that he had any intention other than to observe Fitzpatrick’s assignment hearing, which was expected to be brief. Others who traveled from out-of-state reported the suspicion that they were being followed, that their license plates were photographed by law enforcement, and that they were audited by the IRS the following year without cause.

In May of last year, the IRS admitted to “targeting” Tea Party, traditional marriage, pro-life and religious groups beginning in at least 2010 for political reasons.  Dr. Ben Carson, who criticized Obamacare in February 2013 at the National Prayer Breakfast, also reported having been audited.

In response to a FOIA request, the FBI told The Post & Email that it had no “responsive documents” regarding the significant deployment of law enforcement, including FBI agents, on April 20, 2010 in Madisonville.  An appeal yielded the response that there were responsive documents but that they could not be released for “privacy” reasons.

On January 21, 2009, the Obama regime promised to operate with “an unprecedented level of openness in government,” but it has been found to have withheld or delayed responses involving “White House equities” to FOIA requesters.  It is well-established that Obama operatives have hacked websites and trolled the internet with the intent to stifle free speech, including questions about Barack Obama’s birthplace, history and truthfulness.  Some have IP numbers which trace to the White House as determined by a criminal investigation spanning more than three years.

Huff appealed his conviction to the Sixth Circuit Court of Appeals, which appeared to question why Huff was imprisoned when “nothing happened” but issued no ruling of its own after last January’s hearing.  Assistant U.S. Attorney Luke McLaurin is known to have made at least one false statement while presenting the prosecution’s case regarding text messages exchanged between Fitzpatrick and Huff which do not exist. 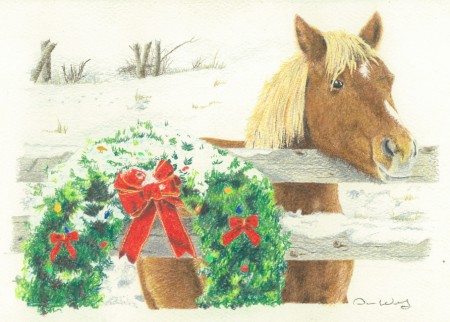 Huff has never taken art lessons, although his mother said that he did receive some instruction inside the prison.  “There was another prisoner teaching him,” Mrs. Huff said, which involved learning to draw on a “grid.”

Since 2009, Operation Vigilant Eagle has worked to identify military veterans suspected of being “extremists and potential domestic terrorist threats because they may be ‘disgruntled, disillusioned or suffering from the psychological effects of war.’”  After the detention without charges of former Marine Brandon Raub in August 2012, The Rutherford Institute, a First Amendment organization,  wrote:

“…the government is not merely targeting individuals who are voicing their discontent so much as it is locking up individuals trained in military warfare who are voicing feelings of discontent. Under the guise of mental health treatment and with the complicity of government psychiatrists and law enforcement officials, these veterans are increasingly being portrayed as ticking time bombs in need of intervention. In 2012, for instance, the Justice Department launched a pilot program aimed at training SWAT teams to deal with confrontations involving highly trained and often heavily armed combat veterans.

In the four years since the start of Operation Vigilant Eagle, the government has steadily ramped up its campaign to “silence” dissidents, especially those with military backgrounds…”

The Tennessee judicial system has been found to be completely “closed,” without legal or constitutional restraint.  Fitzpatrick is now serving a three-year sentence for having approached the McMinn County grand jury with allegations of public corruption, after which the grand jury issued indictments against Fitzpatrick on four crimes, two of which resulted in convictions.  In a hearing on October 20 requesting that judgment be suspended, Fitzpatrick’s attorney, Van Irion, argued that at least one grand juror was compromised, to which Assistant District Attorney General A. Wayne Carter retorted, “The grand jury’s function is to be accusatory. They have a right and obligation to act on their own information.  To suggest that a grand jury person may have heard something or done something or been involved in something that relates to the case and that they shouldn’t sit is absolutely not the law.”

One of the grand jury’s responsibilities is to inquire into allegations of public corruption.

A former attorney for Fitzpatrick, Stephen Pidgeon, who has since drafted Articles of Impeachment against Obama, has called the Tennessee courts “hopelessly corrupted” in an article since removed from the web by the Knoxville News Sentinel.

Funds received from the Christmas cards will be used to assist Huff to make a new beginning when is released from prison, which is expected to be in the spring.