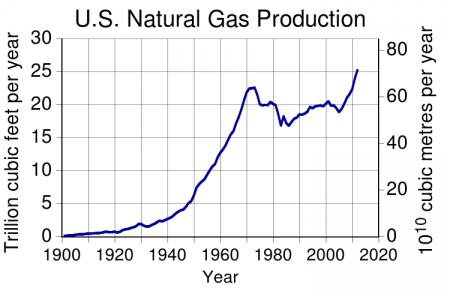 (Nov. 3, 2014) — [Editor’s Note:  In response to a video produced by T. Boone Pickens about U.S. energy production, a citizen composed the following email to be used by any eligible, registered voter.]

I am writing as a constituent on the issue of energy, and the importance of using American resources to rebuild America’s manufacturing and industrial base. I have been a supporter of T. Boone Pickens and the Pickens Plan for some time, so I have followed this situation closely.

That news might, I fear, make Americans – including our political leaders – believe the problem is solved.

First of all, the talk about exporting natural gas to Europe (or anywhere else) seems to me to be shortsighted and ultimately counter to our desire to rebuild our economy. I don’t have to bore you with the unemployment numbers or, more importantly, the labor participation rates which are both disappointing. America was built on cheap energy, ample raw materials, and a willing workforce. We can repeat the 20th century as the “American Century” by applying those same elements in the 21st.

Second, we have the capacity to remove the Middle East from America’s energy equation by introducing competition from different fuels into the oil-diesel-gasoline mix. With 250 million gasoline-powered cars and light trucks on our streets, an all-electric fleet is far in the future. Recent reports indicate there may be 250,000 EVs on American roads or one percent of the total national fleet.

Moving that fleet from imported gasoline to domestic natural gas might be a good idea, but the logistics of adding a natural gas dispensing island at every corner gasoline station are daunting.

Not so with heavy trucks and fleet vehicles.

Current technology is still not close to producing a battery capable of powering an 18-wheeler. Ethanol can’t do it either. The only fuel – other than diesel from imported oil – that can power heavy-duty trucks is natural gas. Over-the-road trucks tend to run the same routes on a regular schedule, so the issue of having refueling facilities along what are becoming known as “Natural Gas Highways” is being handled by private investment.

Further, there are only about eight million 18-wheelers in operation so the change-over is manageable and might be done inside of five years. Seventy percent of the oil we import is refined into transportation fuel. Seventy percent of that is diesel for heavy trucks from trash and recycling to over-the-road.

I hope you will make continuing our success to wean our nation off OPEC oil a major part of your policy portfolio as we move through the November elections and into the legislative year beginning in January.

Please let me know what your thoughts are on this crucial issue and what legislation you support that will once and for all help solve our OPEC oil problem.

Where Do the Candidates Stand on Energy Independence? pb added on Monday, November 3, 2014

One Response to "Where Do the Candidates Stand on Energy Independence? pb"