FOR A CONSTITUTIONAL CONVENTION 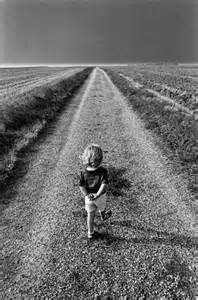 (Oct. 28, 2014) — While the legal nuances of a Convention to Propose Amendments are many, two major questions troubled me. First, how to address the lunatic fringe from hijacking the convention? Upon meditation, I concluded that this was a risk that must be accepted for what is the alternative. Allow the embedded status quo elites to voluntarily give up the power they have amassed? I think not. Instead, for better or worse, I prefer to trust the political honesty and goodwill of the people in the various states, when called upon to discharge their patriotic duty to discharge this grave Constitutional authority and responsibility. I will leave the question of how the delegates are chosen by each state for another day.

Second, logistically, how would such a Convention proceed. The Founding Fathers recognized this from the very beginning of our national history. Article V of the Articles of Confederation (1781) stated, ”In determine question in the United States in Congress assembled, each State shall have one vote.” Thus, at the time the 1787 Constitutional Convention, this concept was the law of the land. It would be absurd to maintain the Founding Fathers who used this “one state/one vote” concept at the Constitutional Convention of 1787 could not have intended another system of “count” for ratification or convention applications as such a counting system would have been illegal under the Articles of Confederation. Noteworthy is that if any other system was to be employed, it would have to have been specified in the new Constitution, which it was not. The Constitution granted limited, specified powers to the United States, and all other powers not specified were retained by the states.
As the Founding Fathers determined over two hundred years ago, by acknowledging that the vote by the various states is an affirmation, they understood that delegate votes are for the purpose of expressing the vote of the state, thus expressing both the sovereign authority of the people and the sovereign authority the people have given to the states. In turn, this cumulative vote of the delegates, each of which has the same constitutional authority within the boundaries of each state as each delegate represents the same population value and thus sovereign authority, is used to express the vote of the state. In this manner, the sovereign authority of each delegate is equal.
Having resolved these basic questions to my satisfaction, I determined to embarked on a course both novel and, as it turned out, far from my expectations.